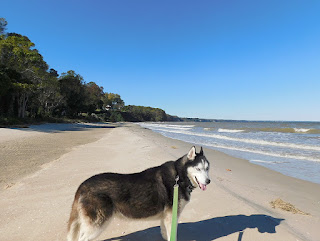 Well, the tides seem to have settled back to near normal, still above astronomical predictions, but that's not really unusual. The shape of the beach is still a little odd, with a trough down the middle of much of it. It will fill in with time. 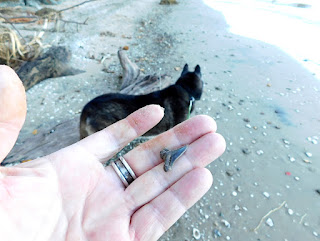 This was the first day since the storm that we could get past the beginning at Matoaka. A lot has changed, the area we called the tangle due to all the downed trees is basically clean now. God only knows where the trees went, but if you're boating on the bay you might want to keep an extra close watch for logs and such. 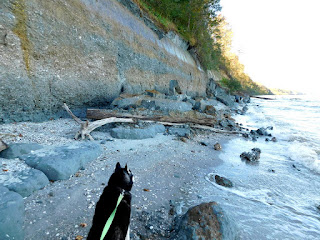 Also, more slumps in the clay on the beach. Between us we got 19 teeth, and most of them were up in this sections. We met a father/son team up here and they had a couple of very nice teeth, and one big whale vertebra. 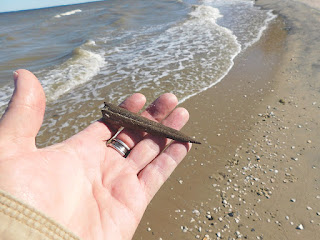 But Georgia had the find of the day with this end of a billfish rostrum (bill) that she found rolling in the surf.