Emrat Discusses Pros and Cons of Being a Sex Symbol 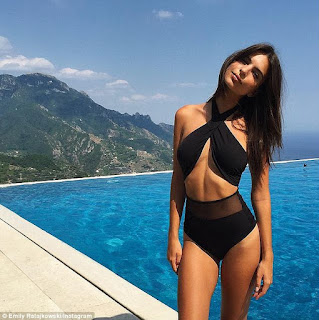 CNN Style, 'I wasn't just famous; I was famously sexy': Model Emily Ratajkowski on the dangers of being desired

At 21, Ratajkowski was catapulted to fame after she appeared naked in the music video for Robin Thicke's 2013 track "Blurred Lines," which has since garnered over 768 million views on YouTube. "I wasn't just famous; I was famously sexy, which, in many ways, felt gratifying," she writes in an essay named after Thicke's song. Now aged 30, Ratajkowski details the experience of being an object of intense desire -- from the euphoric highs to the warping psychological lows.

In "K-Spa," after relishing the anonymity of a women-only spa for more than 15 pages, Ratajkowski recounts being hit on by a truck driver as she drove home from LA's Koreatown. She is despondent at first, but the satisfaction of external validation soon emerges: "I guess he thought I looked pretty" she writes. "I smirk a little despite myself. I notice that my lips look pale. As I drive home, I reach into my bag and put on some lipstick." 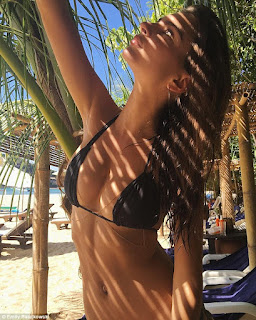 She also explores the intoxicating effect beauty can have on the powerful -- in "Transactions," Ratajkowski claims she was paid $25,000 to attend the 2014 Super Bowl with Jho Low, the Malaysian billionaire at the center of the 1MDB scandal.

There was an IMDB scandal? Who knew?

The essays are filled with anecdotes illustrating the double-edged nature of desire, which Ratajkowski hopes makes them all the more accessible.

"I feel like we hear words like 'patriarchy' and 'capitalism,' and (these feel like) big words and these big concepts, but I wanted to explore the ways that those things show up in everyday situations," she explained. 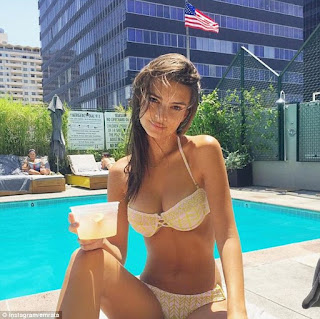 "For me, this book was about talking about the moments where women can be very vulnerable, and the power dynamics that are often concealed. That's what I really would like to see: more of a conversation around those power dynamics."

The book details several instances of sexual assault over the course of her career, events she gave a lot of thought to before the book was published. "I really was careful about what I chose to include and why," she said. "The reason I wrote about those experiences wasn't like, 'Oh, I'm going to (write) down a list of moments where I've been sexually assaulted.' It was more, 'Let me return to the moments that I have a lot of shame around, that I feel really unresolved feelings around, and I'm interested in exploring why.'" 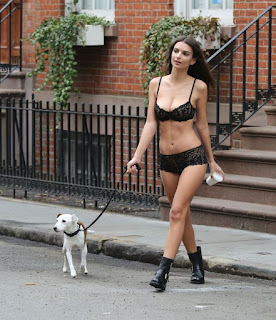 There are no neat resolutions in "My Body," but rather Ratajkowski weighing up where exploiting her image has got her and confessing -- with striking vulnerability -- the agony and ecstasy of being idolized. "Worse than arm candy is invisible, right?" she writes, before an unpleasant interaction with her husbands' manager causes her to unravel: "I shut my eyes tight. I felt a sudden urge to disappear."

She could be working on a crabbing boat somewhere.

The Wombat has Rule 5 Sunday: Denise Richards and FMJRA 2.0: Do You Wanna Hit It? ready and waiting at The Other McCain.