Demi Putting the "Q" in QAnon 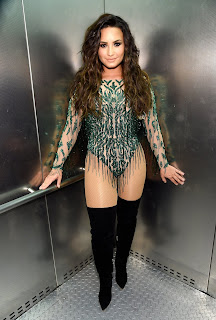 As well as LGBTQ. At Da Mail, Demi Lovato comes under fire for partnering with 'hub for Qanon' conspiracy website Gaia


Demi Lovato has inked an endorsement deal with the streaming site Gaia, which has been linked to a number of conspiracy theories regarding vaccinations, aliens, and reptile overlords.

The 29-year-old singer last week took to Instagram to announce the partnership to more than 118 million followers, posing with a phone showcasing the app.

'Thrilled to be a @wearegaia ambassador,' Lovato said. 'Understanding the world around us (the known and the unknown) is so exciting to me! Check out my stories to learn more!' 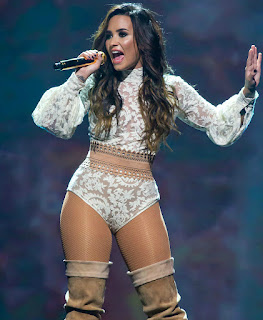 The musical artist, who uses the pronouns they/them, has a page on the website - which has a monthly $11.99 membership fee - in which an episode about an 'ancient space program' is explored.
. . .
A Daily Dot report last December described Gaia as a 'mainstream yoga site' that 'is now a hub for QAnon influencers' after a number of QAnon-associated personalities began appearing on the site after being banished from other platforms.

Among the musical artist's 'handpicked favorite' programs are an anthology promoting the idea that Atlantis was authentic and that people are existing in the wake of a war between giants and 'reptilians,' according to The Daily Beast.

Well, now I've actually heard of someone in QAnon.

The Wombat has Rule 5 Sunday: Denise Richards ready and waiting at The Other McCain.