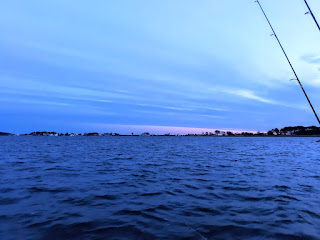 I got a call from Peter on Tuesday saying that a customer, Todd,  had his fishing companions drop out of a trip, and he was looking for one more. I took it. of course.
We left Solomons at 6:30, in the dark, and arrived on the Eastern Shore before sunrise. It was cool, going from the 40s to the 50s, and mostly cloudy, which is good fishing. 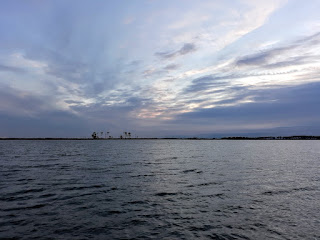 We started hitting points and other pieces of structure immediately. "Mike's Rocks" were all but barren of fish, possibly because the tide was not yet running to any significant extent. I caught one fish, but it was a good one. 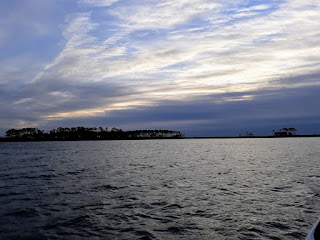 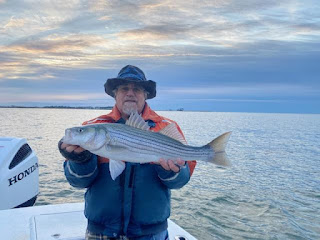 "Magic Cove" was barely magic, I managed another fish here, again, a nice fat one 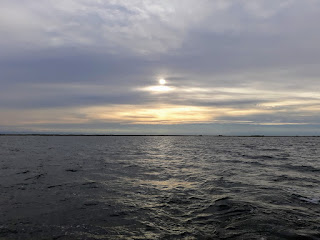 We soon left Hooper's Island to cross to Bloodsworth, and things picked up a bit. 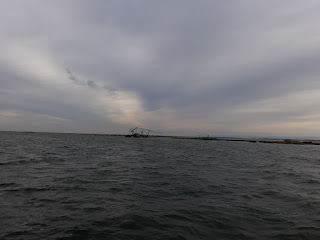 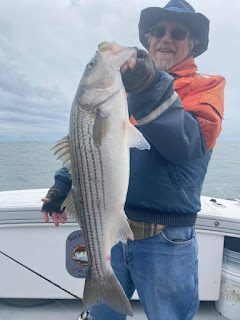 Here I got my second keeper of the day, along with many other smaller fish that could have been. 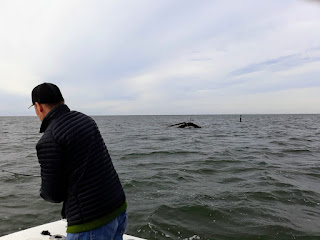 Holland Island, at the site of the old house where the backhoe still protrudes from the water, also produced a pretty good bunch of fish. Todd plugging with the backhoe behind him. 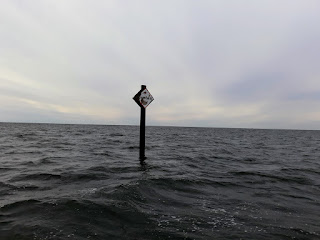 An old wreck nearby was a very good spot today. 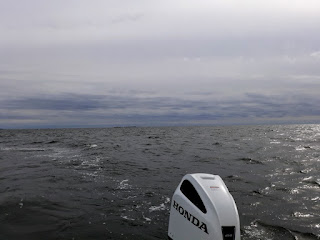 After a great time in the shallows, Pete decided to head to the "Middle Grounds" and check out some humps in the bottom that traditionally hold fish in fall, as temperatures decline. Todd caught a couple. That's Smith Island in the distance. We did not stop for a cake. 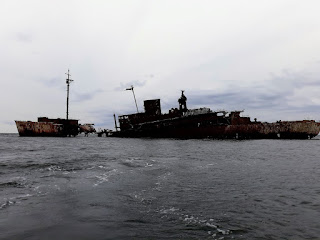 We made a couple of drift next to the American Mariner, aka "the Target Ship". Again, only a couple of smallish fish were found here today. 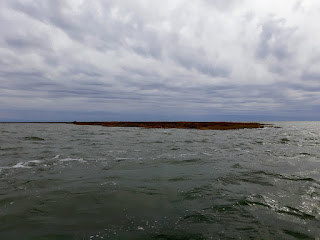 This point on Bloodsworth on the way back was the hottest spot today. A cast into the current sweeping around the point was almost certain to draw a strike.
Then a long trip back past "Magic Cove", "Mike's Rocks" and Cedar Point to Solomons.
Great trip!