Well, It Does Make a Weird Kind of Sense 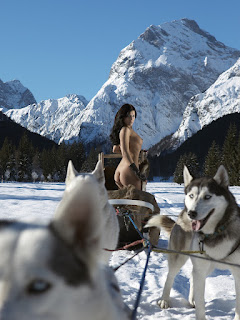 "Ho's and polar bears are the only animals that don't feel the cold."

Maybe my niece is channeling rapper and empirical scientist Cardi B, who famously said, "A ho never gets cold."

Anyhow, neither my niece nor Cardi B were being disrespectful. Both were merely observing a fact: women who wear less on cold nights don't seem to get as cold. 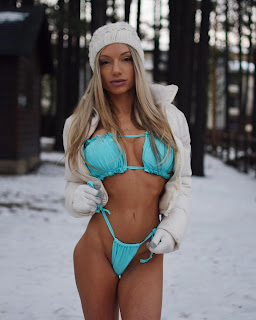 Surprisingly, a group of female graduate students from the psychology departments at the University of Florida and Colorado College decided to conduct a study on this phenomenon. What they found was that for many women, looking "hot" means not feeling cold.

The researchers, over the course of five cold February nights, surveyed 224 two-legged "polar bears" in a Southeast U.S. city known for its nightlife. The participants were asked how cold they felt on a six-point scale from "not cold at all" to "extremely cold." Naturally, the participants were also asked how many alcoholic drinks they'd had (a scale from 0 to 8 or more). The participants earned either a 1 or a 0, with 1 indicating the body part in question was exposed and a 0 indicating it wasn't. (Each participant received a glow-in-the-dark bracelet for their participation, which is nice. 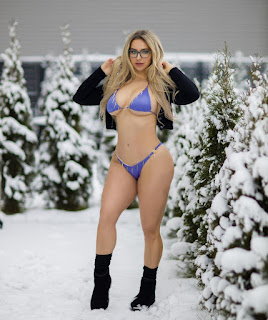 The skimpy clothing scores were then compared to women's perceptions of coldness while also taking into consideration alcohol consumption.

The naked-er the women were, the less they felt the cold. Here's how the authors of the study explained it:

"...we found that women who are more highly focused on their appearance show no relationship between how little clothing they are wearing and their reported feelings of being cold on a cold night out. These findings suggest that to the extent women self-objectify, they increasingly lose access to their own physical experiences."

What they're saying is simply that women who are highly focused on the way they look become disconnected from their bodies. They're less aware of things like hunger, their heartbeat, and, case in point, whether they're cold or not.

The Wombat has Rule 5 Sunday: McKenna Grace awaiting your digital pleasure at The Other McCain.