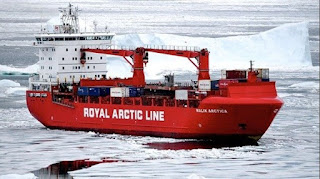 LI, Arctic Sea Freezes Early, Trapping 18 Ships in Ice Near Russia,"Predictions of global warming not working out as promised."

Yet there is more evidence that what is occurring is related to solar energy output than SUV’s. I have noted before, the Sun has likely entered into the modern Grand Solar Minimum (2020–2053) of sunspot activity. This means that there will be a significant reduction of solar magnetic field and activity like during Maunder minimum leading to a noticeable reduction of terrestrial temperature.

This theory better aligns with the record-breaking cold in the Antarctic as well as the early freeze in the Arctic that just stranded 18 ships.

At least 18 ships are stuck in Arctic sea ice off the coast of Russia after an unexpected early freeze took shipping companies by surprise. Some could be stranded for months as they wait for icebreakers to reach them.

In recent years warmer weather triggered by climate change has allowed ships to cross parts of Russia’s northern sea route in November without the help of icebreakers. Ship owners had assumed this month would be no different.


However, ice up to 30cm thick has already formed across most of the Laptev Sea and East Siberian seas, according to the Barents Sea Observer, a Norwegian news site.

The plight of the ships, which are stuck in five different locations, will raise concerns in Moscow, where the Kremlin has invested heavily in the northern sea route as climate change opens up the Europe to Asia shipping passage. 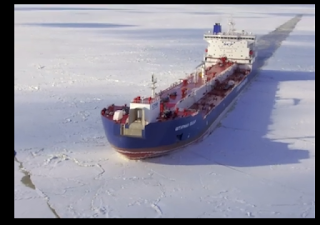 On the other hand, there is new evidence that the Arctic has been warming, not because of carbon dioxide, but because of a process called “Atlantification”.

The new research highlights the connection between the North Atlantic and Arctic between Greenland and Svalbard, a region known was Fram Strait, where warmer, saltier water from the south has been steadily infiltrating northern waters.

“Pinpointing the exact timing of the onset of Atlantification in the Arctic can give us some important clues as to the exact driving mechanisms behind this phenomenon,” study co-lead author Francesco Muschitiello told UPI in an email.

A more precise Arctic warming timeline will also allow scientists to compare the history of climate change in the Arctic to changes in volcanism, solar activity, freshwater, greenhouse gases, aerosols and more.

Clearly “experts” are baffled by climate. Therefore, there should be no rush to impose remedies that likely will not work, yet have the potential to harm people economically, lower the standard of living, and line the pockets of bureaucrats.

Bafflement is essential to science. That's what encourages you to form hypotheses to explain phenomena you don't understand. Falsely claiming the "science" is settled leads to nasty surprises.

At the same time, shippers are under pressure to bring ships and cargo to port in minimum time with minimum costs. It shouldn't surprise anyone when captains looks at late icing in for a few years, and decide to take a chance.  But a bad guess could be the end of a captains career.