Election 2020: Georgia on Their Minds 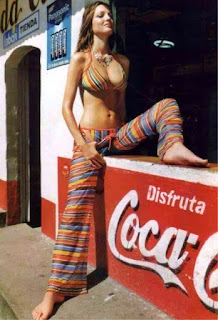 Da Wire,  Black Executives Condemn Georgia Election Law: ‘Voter Suppression’ More like "Voter Fraud Supression"Fox,  Mark Hamill, Hollywood stars say they won't work in Georgia due to new voting legislation. What are the chances of Mark Hamill making another movie? Karen Townsend at Hot Hair, Et Tu, Coke? Soft Drink Company Piles On In Opposition To GA Voting Bill… After The Bill Is Signed. AllahPundit at Hot Hair, Rubio: I’m Tired Of These Woke Corporate Hypocrites Like Delta Who Continue To Do Business With China. Sundance at CTH, Corporate Woke Culture (Delta Airlines, Coca Cola, Apple) Targets Georgia Politics and Voter ID Laws. Alex Nitzberg at JTN, Georgia governor hits back after Delta CEO criticizes state election law as 'unacceptable' Ace, Marco Rubio, of All People, Blasts Delta and Coca-Cola for Attacking Georgia for Its Voter Law, While Continuing to Give the Concentration-Camp Operating Communist Chinese Regime They're in Bed With a Free Pass and In Wake of Delta Using Its Corporate Power and Money to Agitate for the Democrats' Fraud-Seeking Vote Schemes, The Georgia GOP House Votes to Strip Delta of Its State-Provided Tax Breaks 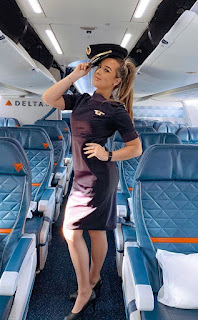 It's time to finally fight back against #WokeCorporatism, using the most obvious weapons we have. The left has pressured corporations to advance the left's political agenda.

It's time to put aside the childish "libertarian" approach where we pretend we're letting corporations act freely and without political pressure -- ignoring the fact that the left (including Democrat politicians) pressure them every single day with threats both implicit and explicit.

There is no "libertarian" position in the middle of a war. You either win or you die.

Wa Free Bee, Georgia’s Brian Kemp is Not Backing Down "In the face of a concerted boycott campaign, Kemp calls on fellow governors to 'stand up and fight'" Da Wire, Texas Lt. Gov. On American Airlines Condemning New Law: They ‘Admitted’ CEO Didn’t Even Read It

It is now practically mandatory for Democrats to launch this kind of unhinged broadside. Sen. Elizabeth Warren, accusing Georgia Gov. Brian Kemp of having stolen his 2018 election victory over Democratic activist Stacey Abrams (a poisonous myth), tweeted, “The Republican who is sitting in Stacey Abrams’ chair just signed a despicable voter-suppression bill into law to take Georgia back to Jim Crow.”
. . .
The old Jim Crow was poll taxes; the new Jim Crow is expanding weekend voting.

AllahPundit again, Stacey Abrams Undercuts Biden: “To Our Friends Across The Country, Please Do Not Boycott Us”

“I understand the passion of those calling for boycotts of Georgia following the passage of SB 202,” said Abrams, who founded the voting rights organization Fair Fight Action in 2018. “Boycotts have been an important tool throughout our history to achieve social change. But here’s the thing: Black, Latino, AAPI and Native American voters, whose votes are the most suppressed under HB 202, are also the most likely to be hurt by potential boycotts of Georgia.”

“To our friends across the country, please do not boycott us,” Abrams continued. “And to my fellow Georgians, stay and fight, stay and vote.”

I beg to differ. Move to California and vote. It's a lost cause.

Reclaimthenet.org, Hundreds of thousands flock to Rumble to watch Trump interview censored by Big Tech "Alt-tech continues to thrive in the face of Big Tech censorship." Sundance, Here’s The Trump Interview Facebook Banned – Lara Trump Interviews President Donald J Trump. It's there on YouTube. The interesting question is how long they will leave it up. At Am Great, Julie Kelly wants to know When Will Big Tech Face a Reckoning for January 6? Me Too.

Jazz Shaw at Hot Hair is curious; Is Donald Trump Really In Trouble With This Capitol Riot Lawsuit?

I’ll start by noting that just because you find one “expert” to give an opinion about a pending lawsuit, that doesn’t translate into the case being all but settled. Keep in mind that this is MSNBC we’re talking about here. Their audience wants to be fed the “best” analysis from the liberal perspective, in this case meaning the one that looks the worst for the Bad Orange Man. And Nicole Wallace wasn’t about to tamp down the expectations. She used to be a fairly reliable conservative – if moderate – voice in American politics. But whatever it is that they put in the water over at MSNBC has long since gotten to her.

Also from Alex Nitzberg at JTN,  something to make you go hmmm. Three GOP lawmakers request briefing about a probe into Capitol visitor access on Jan. 5 "The briefing request comes after nearly three dozen Democratic lawmakers in a January letter had requested a probe "into the suspicious behavior and access given to visitors to the Capitol Complex" the day prior to the breach of the U.S. Capitol."

In a March 31 letter to FBI Director Christopher Wray, Acting U.S. Capitol Police Chief Yogananda Pittman and Assistant U.S. Attorney for the District of Columbia Molly Gaston, Republican Reps. Rodney Davis of Illinois, Barry Loudermilk of Georgia and Bryan Steil of Wisconsin requested a briefing on any investigation being conducted into the matter raised in the Democrats' January letter.

"It is our understanding that the accusations included in the letter have prompted an investigation into the validity of its claims. In our capacity as members of the Committee on House Administration, we are deeply concerned about the nature of the allegations, especially considering the lack of evidence that was given in support of the letter's claims.

"In the interest of ensuring transparency and due process, we would like to request a confidential briefing in an appropriate setting to hear from the FBI, U.S. Attorney's office and the Capitol Police about the status of any ongoing investigation in connection with this matter. It is extremely important that there be repercussions for anyone found responsible in connection with these serious allegations. We hope to gain more insight into what has unfolded with any investigation thus far and continue to monitor its progress with a keen focus on a fair and unbiased process," the Republican lawmakers wrote.

“The audit will validate every area of the voting process to ensure the integrity of the vote,” a press release from Arizona Senate Republicans states. “The scope of work will include, but is not limited to, scanning all the ballots, a full manual recount, auditing the registration and votes cast, the vote counts, and the electronic voting system.”

A report will be issued at the conclusion of the audit.

Jay Valentine at Am Think, Election Fraud Hotspots – 10% of the Data are 70% of the Fraud

Imagine yourself trying to fake 100,000 ballots. Even with some of your pals, lots of them, sitting around tables with pizza and Cokes and #2 pencils, it’s daunting. Every ballot needs to tie to an address. Each ties to a name. This is fraud infrastructure.

While you and your friends are filling out 100,000 ballots with Biden circles, do you think you took the time to use a different, real address for every one of them? Or, more likely, did you use a small group of addresses over and over? You get the picture.

If you filled out birth dates, did you use a different one every time you thought about it? How about those surnames? They are tied to real people and they better live in Pennsylvania.

We are getting reports some Secretaries of State are modifying mail-in ballot data to hide the tens of thousands of ballots received before they were sent.

This is a very bad idea.

Fraud data is like the world’s messiest crime scene.

Think of your worst nightmare crime scene with blood, bullet casings, broken furniture, spatterings, and that is how complex a fraud database is. If a criminal alters a crime scene, they always make things worse for themselves. They leave traces of who they were. More troublesome, they leave traces of what they are trying to hide.

We are thrilled people are trying to alter data after the fact. They are leaving tracks like a dinosaur walking through a field of peanut butter for database tracking.

Citizen election fraud investigators are coalescing across multiple states sharing information, fraud profiles and actual data. We are helping with fraud investigative expertise and search technology beyond anything commercially available.

Our thesis is that 70% of all 2020 election fraud will be tied to 10% of the records. Like insurance fraud, election fraud has cultural affinities. It also has geographic patterns and links to a small number of people who deliver the overwhelming amount of fraud. . . .

The Wombat has Rule Five Sunday: Happy Easter! and FMJRA 2.0: Day Late & A Dollar Short ready for your amusement at The Other McCain.