Anthony Warner Died to Save Us From the Lizard People. 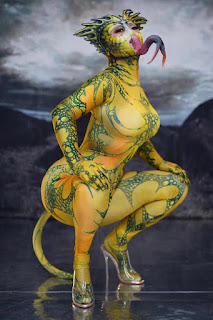 
Tonight at 7 p.m. ET on The Other Podcast, we will delve into the bizarre conspiracy theory behind the Nashville bombing:

A man who knew Christmas bomber Anthony Warner got a disturbing surprise in his mailbox on New Year’s Day when he received a package from the bomber.
The non-descript package was postmarked December 23rd, two days before investigators say Warner killed himself in the bombing. . . .
The package, which contained at least nine typed pages and two Samsung thumb drives, was immediately turned over to the FBI. . . .
“The knowledge I have gained is immeasurable. I now understand everything, and I mean everything from who/what we really are, to what the known universe really is.” . . . 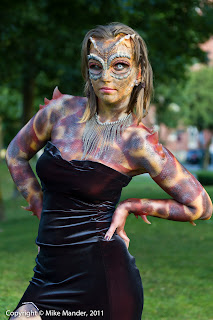 I'm shocked he didn't toss in a "crazy people are dangerous."

The letter urged the friend to watch some internet videos he included on two Samsung thumb drives.
On another page Warner wrote about 9-11 conspiracy theories, ending with the statement “The moon landing and 9-11 have so many anomalies they are hard to count.”
Warner later wrote that “September 2011 was supposed to be the end game for the planet,” because that is when he believed that aliens and UFO’s began launching attacks on earth.
He wrote that the media was covering up those attacks.
But Warner’s writings grow even more bizarre when he wrote about reptilians and lizard people that he believed control the earth and had tweaked human DNA.
“They put a switch into the human brain so they could walk among us and appear human,” Warner wrote.

Apparently, the person who spread this “lizard people” conspiracy is a former BBC broadcaster named David Icke, who borrowed much of his theory from an Azerbaijani immigrant named Zecharia Sitchin.

All in all, rule by the lizard people might be preferable to our current elite. My favorite Lizard person has to be Morena Baccarin as Anna in the remake of V:
The Wombat has Rule 5 Sunday: Rep. Lauren Boebert up and running.
Posted by Fritz at 4:56 PM