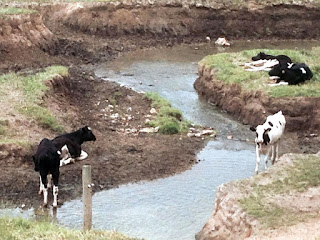 On the other hand, streamline fencing is costly.

But a light has shined at the end of the tunnel. 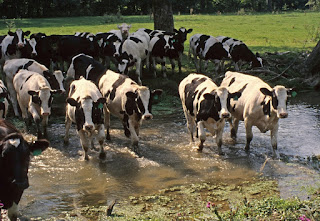 The program, which was allocated $2.26 million in state funding and starts on July 1, would put more money into the hands of small cattle operators.

“What we are attempting to do through the Small Herd funding is offer extra incentives,” said Darryl Glover, director of the Soil and Water Conservation division of the Department of Conservation and Recreation.

Extra incentives would help to achieve Phase III’s goal for the amount of phosphorus and nitrogen entering the Chesapeake Bay by 2025 and avoid making fencing mandatory.

During the 2020 General Assembly session, Gov. Ralph Northam’s administration proposed legislation that would make fencing mandatory for any operator with 20 or more bovines in the Chesapeake Bay watershed by July 1, 2026.

I'm glad to see this. Large numbers of cows using streams is a significant pollution problem, for both sediment, and nutrients. At the same time, I'm gratified that the state is stepping up and handling it with their own money, and not relying of the feds (at least that I can see).