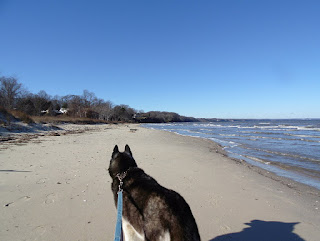 Georgia was just the speck on the beach ahead of us when Skye and I arrived. Yesterday was a washout, rain here, but snow farther north, including DC. Today, though, the sun was out, and the breeze a little stiff from the NE, and the temperature rising 35 to 37 while we walked. 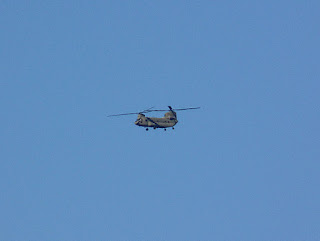 A big Chinook helicopter, audible long before it became visible. 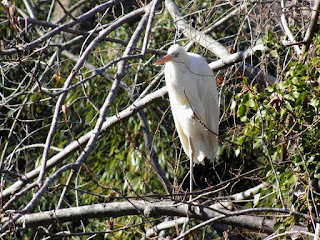 Our avian "friend" Whitey is still around. According to Audubon's record guy, to whom I've been sending the pictures, this makes him the latest staying Great White Heron ever in Maryland. One stayed in Big Pool MD in 2012 from June to Dec. 15. We have a ways to go to beat that one for duration, though. 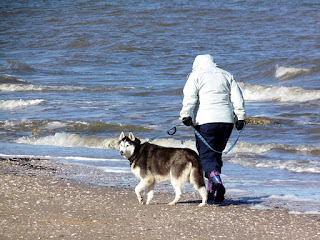 Skye was suspicious of my intent when I stayed back to take pictures of the bird. 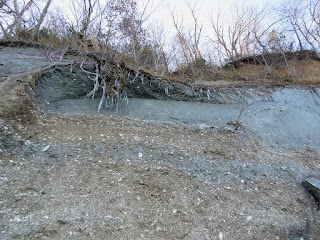 Icicles hanging of the top of the cliff. Days after a freeze are among to worst days for slides, and that looks like a big block of clay looking for an excuse to fall.
Posted by Fritz at 3:31 PM