Christmas 2020 at the Beach 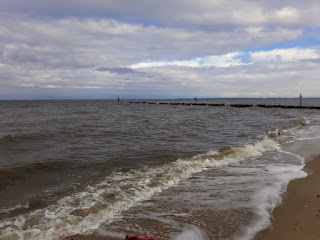 We had a big cool down last night after a line of thunderstorms rolled through around midnight. Today it was 34 F or so and mostly overcast, and we had snow showers in the morning as we were opening presents. Not exactly a white Christmas, but about as close as slower Maryland is likely to have. 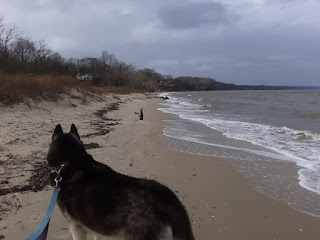 Skye and I were on our own, since Georgia had to stay home and fix the Christmas feast. 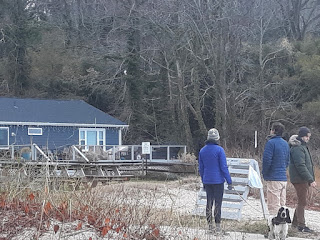 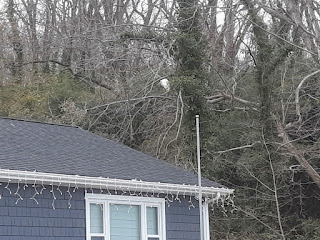 Whitey sitting back in his tree! (Sorry for the lousy cell phone picture). We hadn't seen him in a few days and were beginning to wonder if he'd found his way home to Florida. Stupid bird. 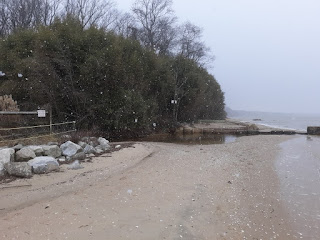 On the way back, the snow shower picked up a little, enough to catch on the camera. 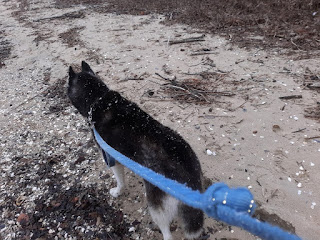 Sticking to Skye's back. On the way home, there were even signs of it sticking on some lawns and shrubs. It won't last though. 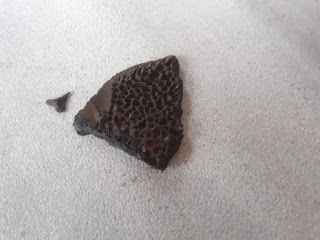 The fossil of the day; a large crocodile scute (and a very ordinary Carcharhinus tooth.
Posted by Fritz at 3:36 PM