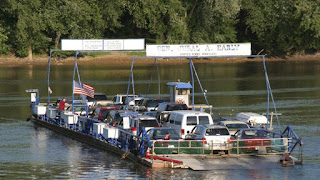 
The resolution of a decade’s-long court case brought by a Virginia property owner required White’s Ferry, the historic Potomac River crossing in Poolesville, Maryland, to stop using its traditional landing across the river.

For over two centuries, the ferry has docked on the Virginia side of the river.

A Virginia court ruled the ferry could no longer dock on the opposite shore at White’s Ferry Road in Loudoun County.

Loudoun County released a statement on Monday afternoon noting that the dispute is between two private parties, and that the land owners and ferry company are working on a resolution. 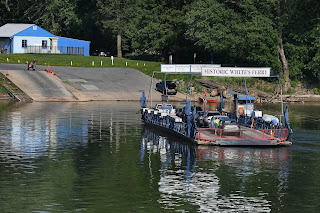 In fact, the judge, Stephen E. Sincavage of the Loudoun County Circuit Court awarded damages to the Virginia property owners in excess of $100,000, agreed that White’s Ferry had been trespassing since the end of a licensing agreement in 2004 and through an injunction, prevented White’s Ferry from continuing to use the land. The decision was written in late November.

The owners of the land in Virginia, known as Rockland, complained that White’s Ferry was unlawfully occupying its land. White’s Ferry argued for its right to use the landing due to having customers and business operations on that side of the river for over two centuries. 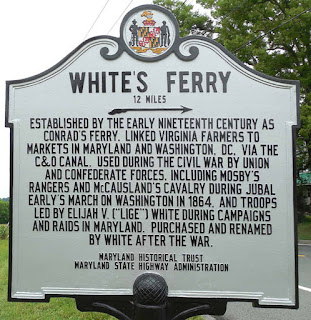 The case has been postponed and delayed and dismissed throughout the years before the most recent decision, written by Judge Steven E. Sincavage on Nov. 23, 2020.

The judge found that the ferry operators have been trespassing on the Virginia land since a licensing agreement ended in 2004. The judge considered a number of arguments about the right to public use of the land in Virginia, going back to a case in 1871.

Sincavage ultimately decided that the ferry operators would likely continue using the land in Virginia without an injunction, and granted that injunction to stop the docking.

In addition, the judge awarded financial damages to Rockland because of what the owners called property damage along with the unauthorized use of the Virginia property, totaling just over $100,000 plus interest.

I rode this ferry once, back in the late 80s, after we first moved to Maryland, on a visit with my aunt and uncle, who live up in Germantown MD, not far from the ferry. It was kind a cool thing to find out in the countryside, not terribly far from the nations capital. From the photos with the story, it hasn't changed much from then.

I think this is kind of a shame, and I hope they find some way to work it out.