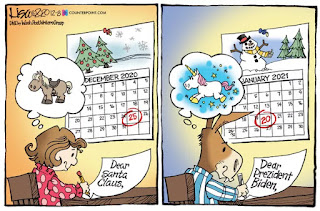 I’m disappointed the Court decided not to hear the case challenging the election results in PA. This appeal filed raised important & serious legal issues, & I believe the Court had a responsibility to ensure our elections follow the law & the Constitution. My full statement: pic.twitter.com/X3ZnomaUkd

My interpretation is that the court said, basically, that elections are your own state's business. If you can't do it right, at least shut up. 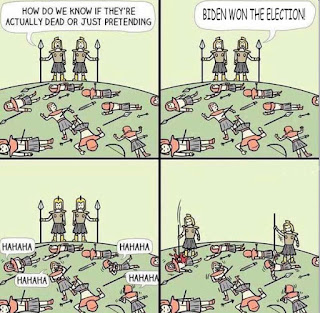 A copy of the complaint is here.

The lawsuit seeks to set aside the fake election results in these states due to rampant irregularities which make the results unreliable and therefore prejudice the citizens of Texas and any other state which held a clean election. 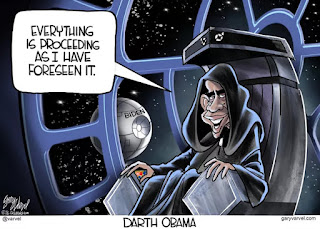 Based on a quick review, Texas’s lawsuit strikes me as plausible from a legal standpoint. It avoids the morass of fact-finding on numerous claims of fraud and irregularity (although there are considerable allegations along these lines in the pleadings) that cannot possibly be carried out by any court, let alone an appellate court, in a workable time frame. Does that mean the case will succeed? No. It may very well be subject to legal infirmities that the defendant states will soon point out. And the likelihood that the Supreme Court will seriously entertain the idea of overturning the apparent result of the election is far-fetched.


“The ‘Safe Harbor Deadline’ is a statutory timeline that generally denotes the last day for states to certify election results. However, it is not unprecedented for election contests to last well beyond December 8,” Giuliani and Ellis wrote.

“Justice Ginsburg recognized in Bush v. Gore that the date of ‘ultimate significance’ is January 6, when Congress counts and certifies the votes of the Electoral College,” the Trump lawyers argued. “The only fixed day in the U.S. Constitution is the inauguration of the President on January 20 at noon.”

The safe harbor date need not mark the end of the Trump campaign’s legal dispute, Giuliani and Ellis insisted. “Despite the media trying desperately to proclaim that the fight is over, we will continue to champion election integrity until the legal vote is counted fairly and accurately,” they concluded.

Stephen Kruiser is normally a nice guy, a comedian, a joker. Humor is his natural métier, but yesterday he announced a new policy:


“I didn’t used to be this mean-spirited about politics but after what they did for the last four years I find myself a bit bereft of any charitable feelings for the Democrats.”

That got him a shout-out from Rush Limbaugh, referring to the massive Trump rally in Georgia over the weekend:

From Daniel Greenfield at Front Page Mag, Democrats Had a Plan for Georgia, Republicans Didn't. Stuff those ballot boxes fatter than Stacey Abrams.

The common denominator with Fair Fight and CTCL is that both set out to alter the structural electoral environment, rather than just throwing money at ads.

All of that work was out in the open, yet Republicans, taking Georgia for granted, were caught by surprise. And Georgia, as I keep saying, is a testbed for the real deal, which is Texas. That's their big endgame. Take Texas, transform its electoral system, and secure every presidential election until doomsday.

Paul Bedard at WaEx, Noncitizens and illegal immigrants found in North Carolina voting and jury pools. I guarantee you can find them anywhere you look.

From the House race that won't die, Fox, 12 more uncounted ballots found in ultra-tight House race in New York, "Unofficial results show Republican candidate Claudia Tenney with a lead of just 12 votes in the race" and NYPo, Judge orders partial recount in last undecided NY congressional race. The judge is a Democrat, so they'll just recount until the Democrat wins.

And down in Georgia, Letter: Coffee Co. cannot certify results from second statewide recount. The voting machines keep coming up with different numbers, so they're going to just take the first set of numbers and certify them.