Bay Journal, Menhaden catch cut to help striped bass. But is it enough?

The Atlantic States Marine Fisheries Commission agreed Oct. 20 to cut the allowable commercial harvest of Atlantic menhaden 10% from what it has been the last three years.

The commission’s decision marked a historic shift in the way it establishes catch levels. Traditionally, policymakers have relied on abundance and death rates of a single species to make that call. In August, commission members switched to an “ecological reference point” that accounts for menhaden's value as food for predators, especially striped bass.

While the menhaden population is considered relatively robust, striped bass numbers are low. The big dilemma for regulators: Should the small, oily fish be managed for the small striped bass population that exists now or the larger one they envision building?

The vote by the commission’s Menhaden Management Board was 13–5 in favor of the 10% reduction, with state delegations from Connecticut, Florida, Georgia, North Carolina and Rhode Island in opposition.

That means the maximum commercial harvest in all East Coast waters for 2021 and 2022 would be 194,000 metric tons. A 51,000-metric ton cap on how much of the menhaden catch can come from the Chesapeake Bay would remain unchanged. 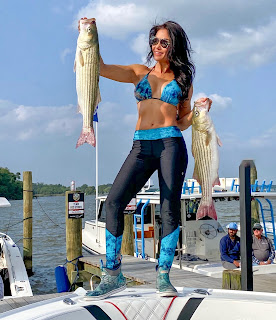 I would have preferred an equivalent cut in the Bay as well, but politics is the art of the possible.

During the annual meeting of the commission, which regulates migratory species in state waters, backers of a measure to reduce catches by 20% fell short of the support required for approval.

“In any good marriage, there has to be a compromise,” said A.G. "Spud" Woodward, a retired Georgia fisheries manager who is the board’s chairman.

Every Chesapeake Bay watershed state on the board — Delaware, Maryland, New York, Pennsylvania and Virginia — sided with the 10% cut. 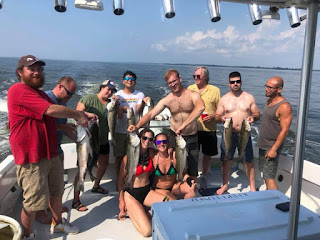 In response to the reduced catch limit, Omega released a statement saying the company “recognizes the Atlantic States Marine Fisheries Commission’s decision to reduce the coastwide [harvest] by 10 percent, while not preferred, is not an unreasonable step toward moving to ecological management of this species," reported the Chesapeake Bay Magazine.

At this point, though, the problem with the Chesapeake Bay Striped Bass is a crisis of recruitment, not a problem with the fish finding enough food. If we don't get some good year classes soon, it won't matter how many Menhaden we save.

The Wombat has Rule 5 Sunday: Jessica Alba up and waiting at The Other McCain.