The fish of the week is the Barramundi.


The barramundi (Lates calcarifer) or Asian sea bass, is a species of catadromous fish in the family Latidae of the order Perciformes. The species is widely distributed in the Indo-West Pacific region from South Asia to Papua New Guinea and Northern Australia. The fish is known as pla kapong in Thai and as bhetki in Bengali.

Barramundi is a loanword from an Australian Aboriginal language of the Rockhampton area in Queensland meaning "large-scaled river fish". Originally, the name barramundi referred to Scleropages leichardti and Scleropages jardinii.

However, the name was appropriated for marketing reasons during the 1980s, a decision which has aided in raising the profile of this fish significantly. L. calcarifer is broadly referred to as Asian seabass by the international scientific community, but is also known as Australian seabass.


Barramundi are salt and freshwater sportfish, targeted by many. They have large, silver scales, which may become darker or lighter, depending on their environments. Their bodies can reach up to 1.8 m (5.9 ft) long, though evidence of them being caught at this size is scarce. The maximum weight is about 60 kg (130 lb). The average length is about 0.6–1.2 m (2.0–3.9 ft). Its genome size is about 700 Mb, which was sequenced and published in Animal Genetics (2015, in press) by James Cook University. Barramundi are demersal, inhabiting coastal waters, estuaries, lagoons, and rivers; they are found in clear to turbid water, usually within a temperature range of 26−30 °C. This species does not undertake extensive migrations within or between river systems, which has presumably influenced establishment of genetically distinct stocks in Northern Australia.

The barramundi feeds on crustaceans, molluscs, and smaller fish (including its own species); juveniles feed on zooplankton. The barramundi is euryhaline, but stenothermal. It inhabits rivers and descends to estuaries and tidal flats to spawn. In areas remote from fresh water, purely marine populations may become established.

At the start of the monsoon, males migrate downriver to meet females, which lay very large numbers of eggs (several millions each). The adults do not guard the eggs or the fry, which require brackish water to develop. 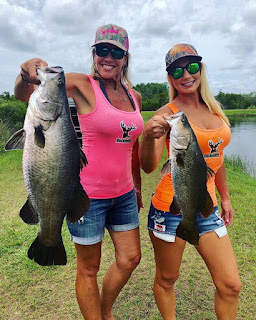 They have a weird sex life:

The species is sequentially hermaphroditic, with most individuals maturing as males and becoming female after at least one spawning season; most of the larger specimens are therefore female. Fish held in captivity sometimes demonstrate features atypical of fish in the wild: they change sex at a smaller size, exhibit a higher proportion of protogyny and some males do not undergo sexual inversion.

Prized by anglers for their good fighting ability, barramundi are reputed to be good at avoiding fixed nets and are best caught on lines and with fishing lures. In Australia, the barramundi is used to stock freshwater reservoirs for recreational fishing.

If Barramundi are on the list of fish you want to catch, but you don't want to have to fly to Australia to do it, Osceola Outback Adventures in Florida provides an opportunity to do so in the United States.

I learned of the "figure 8" trick once when musky fishing. Unfortunately, none bit.

Linked at Pirate's Cove in the weekly Sorta Blogless Sunday Pinup and links. The Wombat is back in business, with Rule Five Sunday: Black Widow. 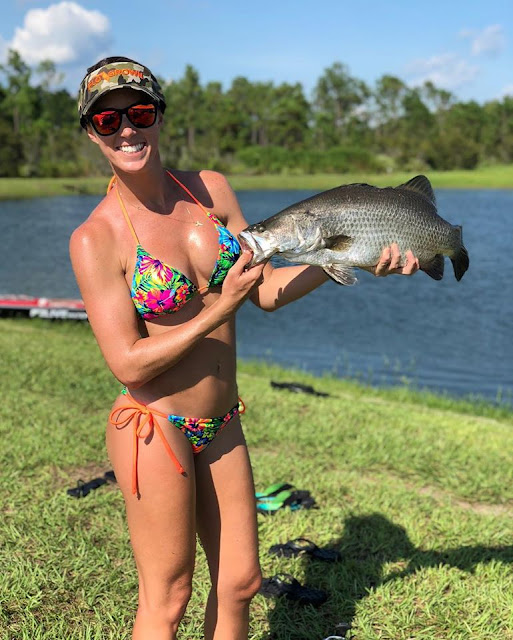 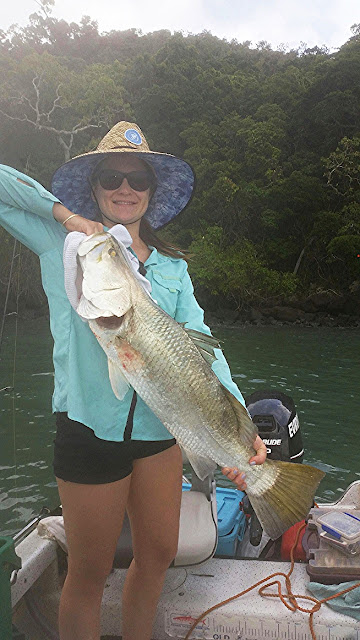 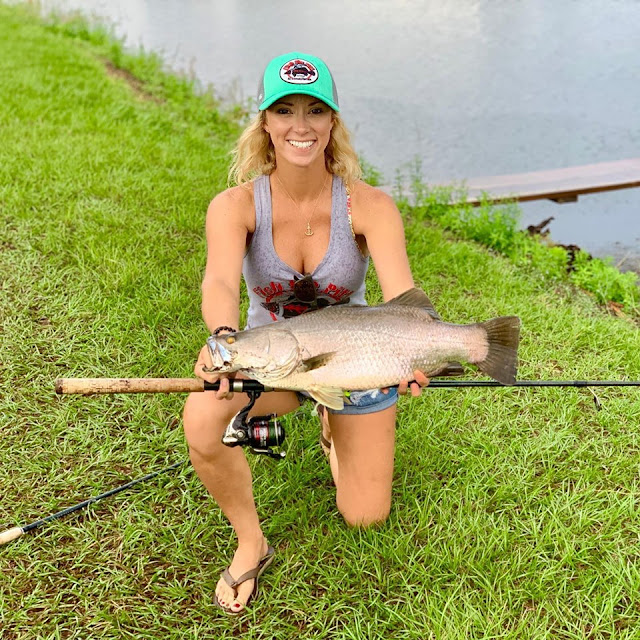 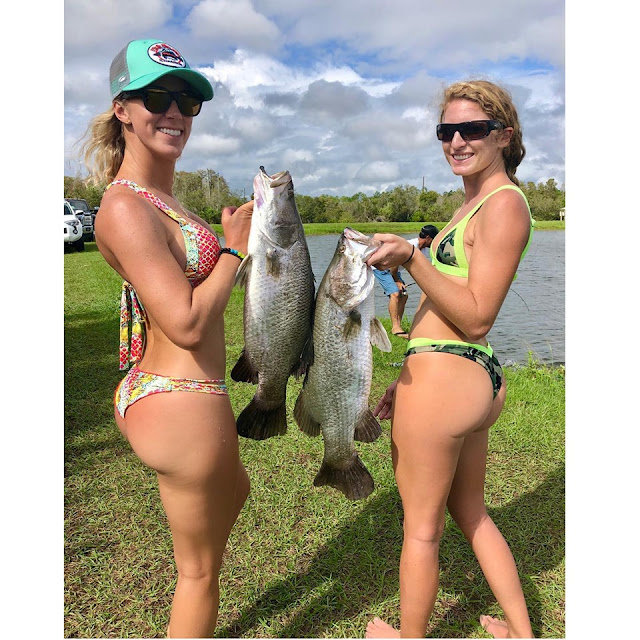 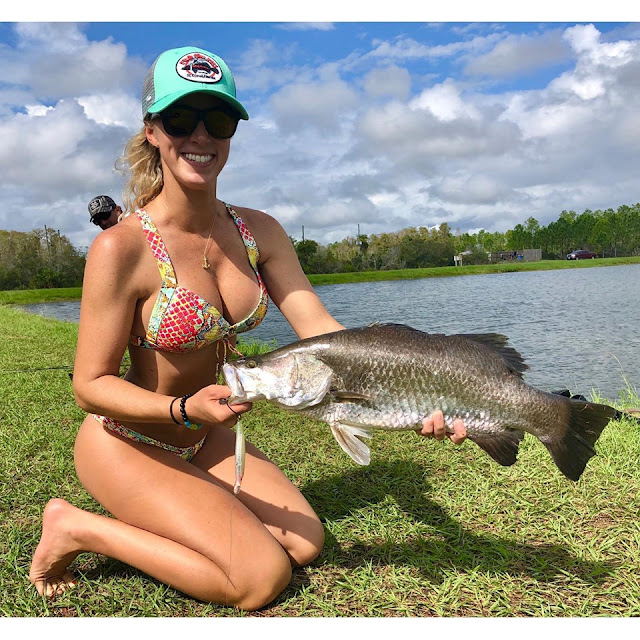 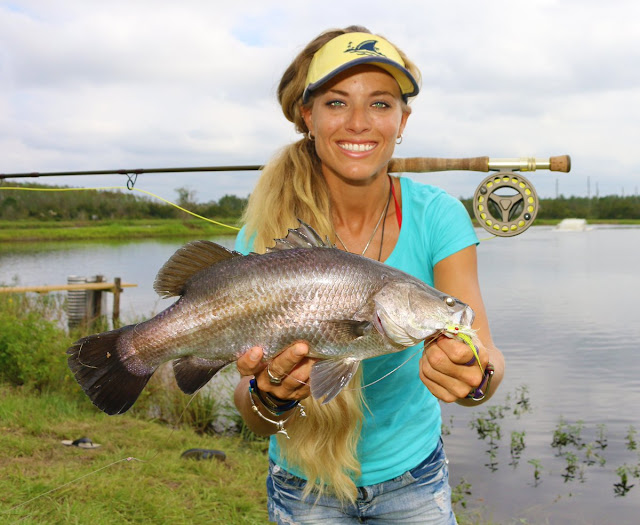 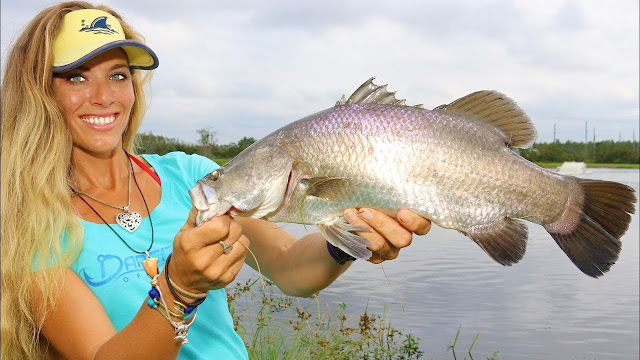 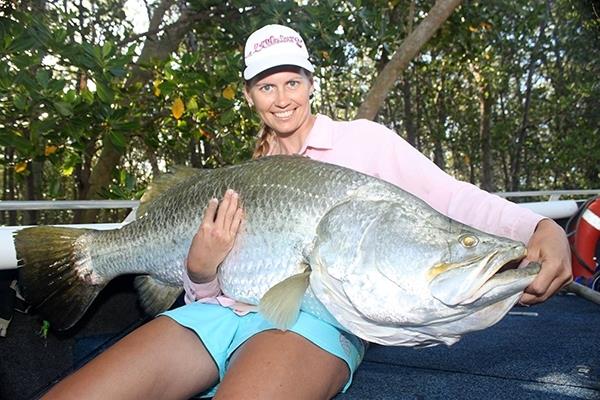 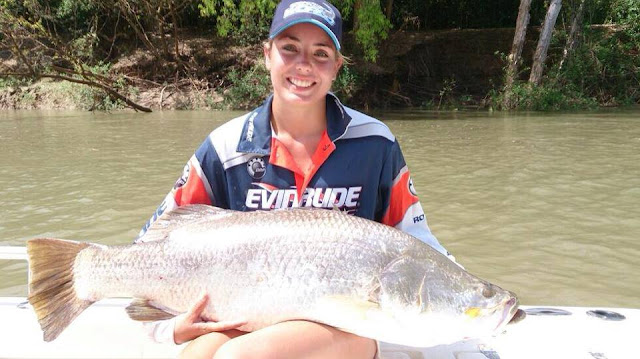 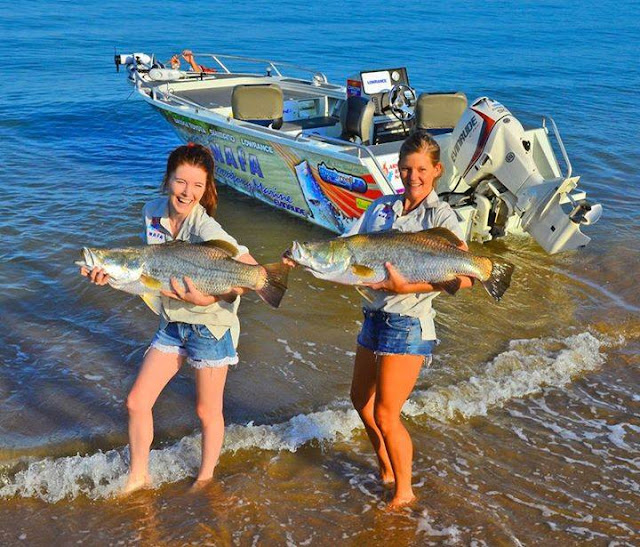 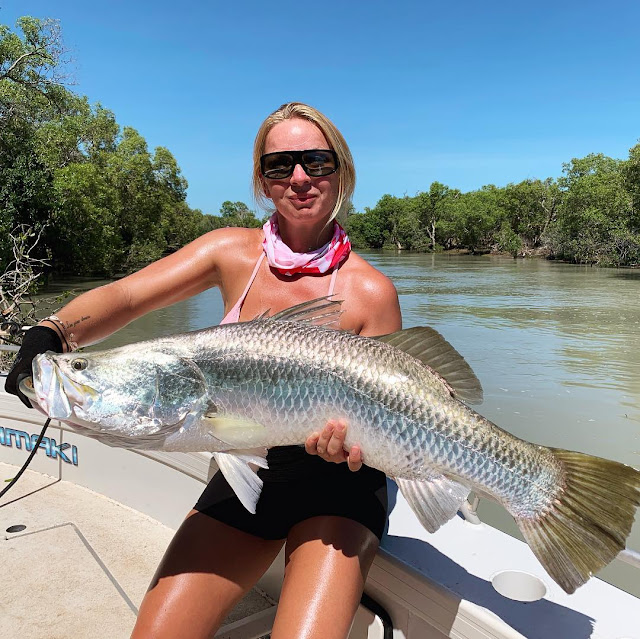 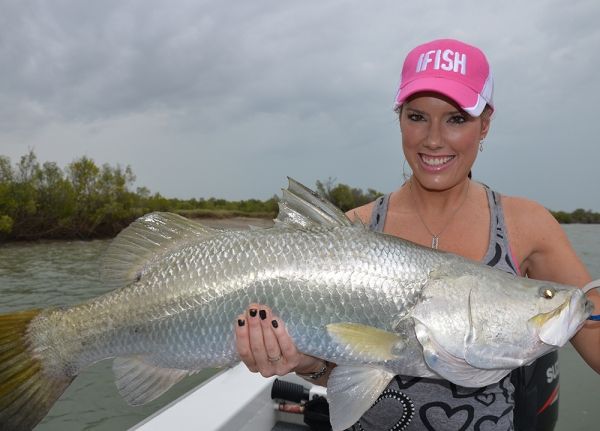