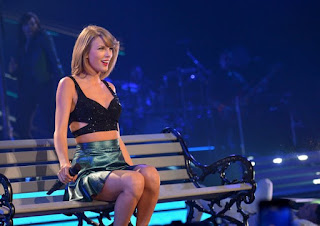 Taylor Swift had planned to perform a medley of hit songs from throughout her career when she takes the stage later this month to celebrate being named Artist of the Decade at the American Music Awards.

But the pop star may have to rethink her performance because talent manager Scooter Braun, who now owns the rights to her previous albums, won't let her perform them, she says. 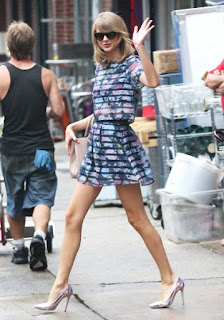 The artist wrote on social media Thursday that Braun, who recently bought her first six studio albums, is interfering with the performance, the latest development in a months long feud with the manager and Scott Borchetta, chief executive of her former label Big Machine Records.

"Scott Borchetta and Scooter Braun have now said that I’m not allowed to perform my old songs on television because they claim that would be re-recording my music before I’m allowed next year," Swift said. 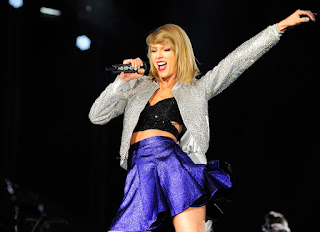 
“As Taylor Swift’s partner for over a decade, we were shocked to see her tumblr statements yesterday based on false information. At no point did we say Taylor could not perform on the AMAs or block her Netflix special. In fact, we do not have the right to keep her from performing live anywhere,” the music company wrote in its statement.

“Since Taylor’s decision to leave Big Machine last fall, we have continued to honor all of her requests to license her catalog to third parties as she promotes her current record in which we do not financially participate.” 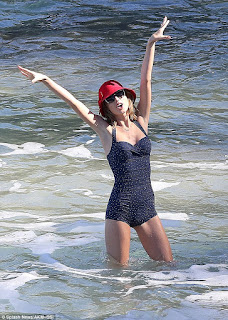 I dunno; sound like she should just use them and challenge them to sue her. Besides, I think she can afford it.


We have worked diligently to have a conversation about these matters with Taylor and her team to productively move forward. We started to see progress over the past two weeks and were optimistic as recently as yesterday that this may get resolved,” the statement continued.

Although the company felt they were seeing “progress” in its negotiations with Swift and her team, Big Machine claims that “despite our persistent efforts to find a private and mutually satisfactory solution, Taylor made a unilateral decision last night to enlist her fanbase in a calculated manner that greatly affects the safety of our employees and their families.” . . .

Can we bring back Tom Swifties, using Taylor?

Due to a bout of the flu, the Wombat was a little late with Rule 5 Wednesday: Busy In The Kitchen.
Posted by Fritz at 7:18 PM