A lot of interesting stuff today, and in the interests of getting most of it out promptly, I'm going to break a potentially gargantuan post in related chunks. This one is "Russiagate" proper, or as some people call it, "Spygate"

Promises, promises! From Sundance at CTH, diGenova and Toensing on Upcoming IG Report: “it’s going to be worse than you can imagine”…

From Doug Ross, A REMINDER OF THE REAL SCANDAL: Here are the FISA Court Documents Revealing How the Obama-Comey FBI abused surveillance powers

These agencies, including the FBI, routinely accessed the communications (emails, texts, etc.) of American citizens. Nearly 90 percent of all such queries were deemed violations of various laws, starting with the Fourth Amendment prohibiting illegal searches. And no one, to my knowledge, has ever been held accountable. 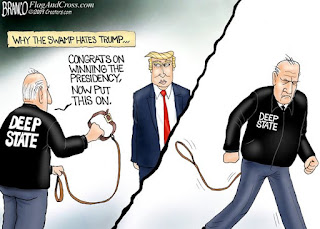 
According to recent reports U.S. Attorney John Durham and U.S. Attorney General Bill Barr are spending time on a narrowed focus looking carefully at CIA activity in the 2016 presidential election. One recent quote from a media-voice increasingly sympathetic to a political deep-state notes:


“One British official with knowledge of Barr’s wish list presented to London commented that “it is like nothing we have come across before, they are basically asking, in quite robust terms, for help in doing a hatchet job on their own intelligence services””. (Link)

It is interesting that quote comes from a British intelligence official, as there appears to be mounting evidence of an extensive CIA operation that likely involved U.K. intelligence services. 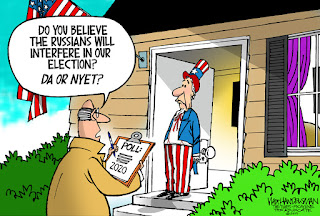 Jon Solomon reports, After Russia collusion controversy, FBI faces ‘red flag’ concerns over vetting informants. They need to face a lot more than "concerns." Also, a reminder from Dan Sobieski at AmThink, that there's good reason to suspect the Michael Flynn prosecution satisfied more than the "small groups" desire to get Trump; Andrew McCabe had a personal (or should that be personnel) beef with Flynn. The Flynn Investigation: McCabe's Personal Retaliation? Ace, Sydney Powell: We Were Just Informed That Our Infallible Government Workers Supposedly Marked All of Strzok's Notes as From Plietka and Vice Versa aside from mispelling Pientka


Why does this matter?

Well, among many complaints Powell lodged on General Flynn's behalf was the fact -- or so it seemed -- that Strzok and Plietka had lied to the court in claiming that it was Plietka who wrote up the form 302 (interview memo) based on his own notes, not Strzok's.

The problem with that is that if you look at the report, and the two sets of notes from the two FBI agents (one of them a disgraced former agent), it is clear that Strzok's notes mention a whole bunch of things Plietka's do not mention, and that Strzok, not Plietka, was the main mover in this report.

Huber points out that based on these documents, it seems that Strzok lied to the government, breaking the same law that Flynn was pressured into pleading guilty to.