Nope, It Was His Dad And Granddad 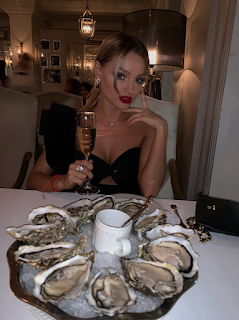 
As a full-time, third-generation waterman who harvests oysters, I am among those most affected by the decline of the Chesapeake Bay. I have been working the waters of the bay and Potomac and Patuxent rivers since I was 5, when I helped my mother collect soft crabs that we would sell. I run a retail crab shack where I sell my catch of oysters, crabs and fish — along with those of other watermen — to survive. We are an endangered species: Our livelihoods and way of life threatened by the bay’s decline.

A rigorous stock assessment documented an alarming decline in Maryland’s oyster population by 50 percent from 1999 to 2017. This was despite the expenditure of about $50 million in federal and state funds to restore the population — a failure. The bay states committed in the Chesapeake 2000 Agreement to increase oyster biomass by tenfold by 2010, a goal abandoned as stocks declined because of feckless, sloppy policies leading to a 25 to 30 percent overharvest. Historic sanctuaries are being exploited to make way for aquaculture leases that further the decline of our natural living oyster population.

"Historic" sanctuaries in Maryland last about 3 years in Maryland, the time it takes for oysters to grow to legal size to harvest, and then the demand from watermen becomes so strong, the state gives in and lets them harvest them. And you can't expect oyster biomass to increase tenfold in a few years when you insist on harvesting them at rates that historically have kept their numbers barely viable.

The oyster was once the king of the bay, with 15 million bushels taken in the late 1800s. The harvesting of these bivalves enabled watermen to make a living and feed their families. Oysters’ value far exceeded any other bay fishery. In the 1900s, Baltimore had more than 100 canneries, most processing oysters, near the docks.

Oyster populations have collapsed to less than 1 percent of their historic populations, and harvests have plummeted to an abysmal 136,954 bushels in the last season, 25 percent lower than the previous year.

Pollution is the cause, especially sediment from big farm operations and development. Oyster reefs in the Chesapeake get smothered with excess sediment, destroying the valuable habitat for successful oyster growing. Other pollutants, such as toxic chemicals and excess nutrients, add to the decline of oyster stocks as the repeated costly deposit of shell and placement of spat (baby oysters) doesn’t work in most of the bay because of these pollutants.

The Chesapeake Bay’s health is suffering, leading to an enormous negative economic impact, especially for watermen and processors.

Oysters are a keystone species with large adults able to filter 50 gallons of water a day. This removes excess nutrients and settles sediments, the two major polluters of the bay. Oysters used to filter all bay water in three to five days; now it takes roughly a year. Oyster reefs also are the bay’s coral reefs, providing habitat for crabs, fish and many organisms in the bay’s food chain.

So why have state policymakers and the Maryland Department of Natural Resources allowed this near collapse? 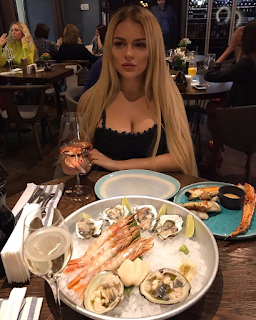 Because you begged them to let you harvest every oyster you could, and threatened the legislators if they stood behind the managers and actually proposed harvest cuts sufficient to allow oyster populations to expand.


Watermen, including me, think this is a game in which we never get around to exploring the underlying cause of the seesaw nature of the crab and oyster populations in the bay. Scarcity and abundance have political and economic implications. If water quality is the gold standard for sustainable fisheries, then how do moratoriums, sanctuaries and regulated limits address the source of the problem? The trend toward lower water-quality statistics does not bode well for the sustainable future of watermen.

The existing bay movement has delinked its messaging from public health, economic justice, environmental justice or virtually anything that would create controversy or scare off money. They would have us believe that rain barrels, recycling and personal stewardship are plausible solutions to the problem. But a movement that truly fights to protect water quality and restore the Chesapeake Bay and tributaries would enlist watermen as allies, not as targets for deeper regulation. In effect, that sort of conservation movement breaks faith with the immediate victims of declining water quality by portraying watermen as villains rather than victims.

What, you don't think banning straws is enough to save the oysters? That's a start, anyway. There are too many shiny objects for environmentalists.


The more we start regulating actual sources of pollution, the less we will have to regulate watermen. It is not reasonable to ever expect water-quality improvements as long as this shoe is on the wrong foot. Forty years and many millions of dollars into the “Save the Bay” movement and the bay gets a D-plus water grade? Something has gone off the rails, and yet that same movement keeps turning in increasingly optimistic water-quality reports?

To save the oyster, we must save the bay first. Oystermen know where to start. Does the state?

There are some legitimate water quality issues with the Bay; excessive sediment is one of the big ones. Fixing the problems with Conowingo Dam filling up would help, as would better storm water controls on city, and sediments losses in agriculture. However, the success of oyster aquaculture in the Bay suggests that water quality alone is not significantly impeding the restoration of oysters; lack of habitat cause by loss of good structure for settlement, largely as a result of past oyster mining by you Dad and Granddad.

The Wombat has Rule 5 Tuesday: D.C. Fontana up at the Other McCain.
Posted by Fritz at 6:01 PM