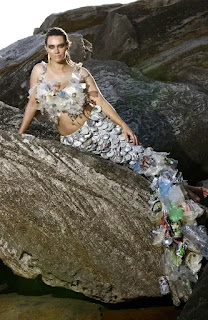 One reputation for plastic is that plastic waste is forever, but a recent study from Harbor Branch Oceanographic Institute shows that plastics in the ocean are broken down at relatively rapid rates: Simulated sunlight reveals how 98% of plastics at sea go missing each year

For the study, published in the Journal of Hazardous Materials, researchers selected plastic polymers prevalently found on the ocean surface and irradiated them using a solar simulator system. The samples were irradiated under simulated sunlight for approximately two months to capture the kinetics of plastic dissolution. Twenty-four hours was the equivalent of about one solar day of photochemical exposure in the subtropical ocean gyre surface waters. To assess the physical and chemical photodegradation of these plastics, researchers used optical microscopy, electron microscopy, and Fourier transform infrared (FT-IR) spectroscopy. 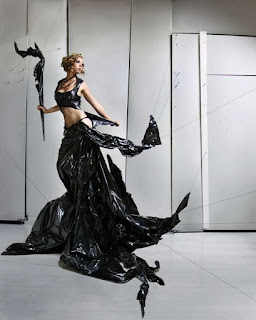 Results showed that simulated sunlight increased the amount of dissolved carbon in the water and made those tiny plastic particles tinier. It also fragmented, oxidized and altered the color of the irradiated polymers. Rates of removal depended upon polymer chemistry. Engineered polymer solutions (recycled plastics) degraded more rapidly than polypropylene (e.g. consumer packaging) and polyethylene (e.g. plastic bags, plastic films, and containers including bottles), which were the most photo-resistant polymers studied.

Based on the linear extrapolation of plastic mass loss, engineered polymer solutions (2.7 years) and the North Pacific Gyre (2.8 years) samples had the shortest lifetimes, followed by polypropylene (4.3 years), polyethylene (33 years), and standard polyethylene (49 years), used for crates, trays, bottles for milk and fruit juices, and caps for food packaging. 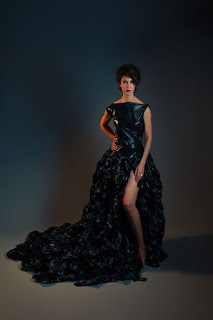 These are relatively short life-times for substances in the oceans; even highly reactive (and toxic) trace metals have life spans estimated in the tens of years.


“For the most photoreactive microplastics such as expanded polystyrene and polypropylene, sunlight may rapidly remove these polymers from ocean waters. Other, less photodegradable microplastics such as polyethylene, may take decades to centuries to degrade even if they remain at the sea surface,” said Shiye Zhao, Ph.D., senior author and a post-doc researcher working in the laboratory of Tracy Mincer, Ph.D., an assistant professor of biology/biogeochemistry at FAU’s Harbor Branch and Harriet L. Wilkes Honors College. “In addition, as these plastics dissolve at sea, they release biologically active organic compounds, which are measured as total dissolved organic carbon, a major byproduct of sunlight-driven plastic photodegradation.”

And what happens to these organic compounds? It turns out that marine bacteria eat them. A little secret, there are bacteria out there that will degrade almost anything that they can extract energy out of by degrading it further; if there aren't any, and a substrate becomes newly available, bacteria will rapidly evolve to take advantage of the new food source.

“The potential that plastics are releasing bio-inhibitory compounds during photodegradation in the ocean could impact microbial community productivity and structure, with unknown consequences for the biogeochemistry and ecology of the ocean,” said Zhao. “One of four polymers in our study had a negative effect on bacteria. More work is needed to determine whether the release of bioinhibitory compounds from photodegrading plastics is a common or rare phenomenon.”

These results should surprise no one who has ever picked up a piece of plastic that's been left out in the sun for a season or two and had it crumble in their hands.

The Wombat is back in business, with Rule Five Sunday: Black Widow.
Posted by Fritz at 5:51 PM