Blue Catfish Range Extended to Most of Bay 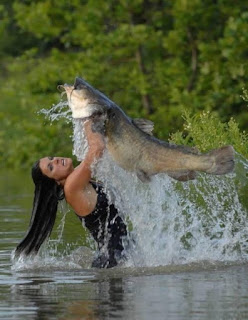 You would think with all the concern over the expansion of Blue Cats into the Bay, somebody would have looked at this before: VIMS Study shows invasive blue catfish can tolerate high salinities


. . . The lab experiments show that blue cats can survive up to 3 days when exposed to waters up to 17 psu, suggesting they can survive in most downstream areas of the Bay’s Virginia tributaries, and use the mainstem of the upper Bay to move into other tributaries in Maryland and into Delaware Bay. The researchers continue to study the chronic effects of salinity on blue catfish health, with some evidence of negative impacts on growth and metabolism below lethal levels. 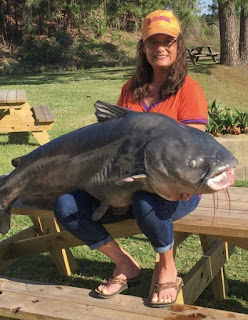 The survey data, collected in the James, York, and Rappahannock rivers between 1975-2017, reveal a gradual downstream expansion in the range of blue catfish, from tidal freshwaters to habitats exceeding 10 psu. The species has been collected at salinity as high as 21.8 psu in the James River.

For reference, 35 psu is full strength salinity of Atlantic Coast seawater, and we rarely see salinities much higher than 15 in our mid-Bay location.


Both survey and lab data show that bigger fish are more tolerant of saltier waters. “We found that larger blue cats—those longer than 200 millimeters [about 8 inches]—are more tolerant of salinities above 10 psu than smaller, immature fish, and thus have a greater ability to use these saltier habitats to invade additional areas throughout the Chesapeake Bay,” says Nepal.


The threat of range expansion is thus greatest among big fish during wet spells. This combination can lead to “jump dispersal,” wherein just a few adult blue cats or a single egg-bearing female move into a new, relatively distant area. For context, blue catfish, which have been clocked swimming at 0.67 mph, could traverse the Bay’s widest point (30 miles) in less than two days. If rain had lowered salinity in the mainstem below 17 psu, those fish could arrive on a new shore ready and kicking to establish a new population.

Last winter, after heavy rains lowered the salinity in our region into single digits, there were many Blue Cats caught nearby. They appear to be gone now that the salinity is back at more normal levels (and the Sea Nettle are back).

The good news is that the catfish are tasty, especially when found in relatively clean waters of the downstream sections of the tributaries and the mainstem.

UPDATE: The Wombat is back in business, with Rule Five Sunday: Black Widow.