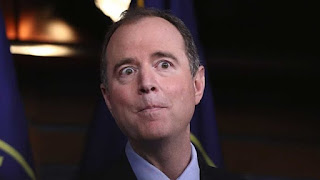 If you see Adam Schiff make a public appearance, winter will last all year.

Ace, on the busted meeting theory: Donald Trump, Jr.'s Phone Calls Before and After Meeting With Veselnitskya Were Not To His Father, as NeverTrump and Liberal (BIRM) Conspiracist Theorists Hoped, But to Business Friends of Don Jr.'s

The Conspiracy Theorists needed this to be a call from Don Jr. to Trump to prove that Trump was suuuuuper-interested in Veselniskya's FusionGPS-coordinated lobbying, and that everyone was lying when they said Trump didn't have advanced knowledge of the meeting and the calls weren't to him.

Is this another one of Adam Schiff's much-advertised "proofs" of collusion? 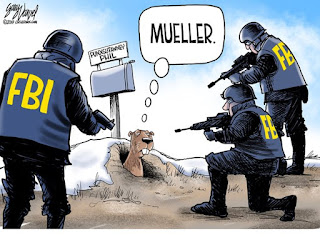 
SSCI Vice-Chairman Mark Warner and HPSCI Chairman Adam Schiff both sold a suspicion narrative that candidate Donald Trump and Trump-Jr. were organizing, coordinating and colluding with “Russians”. Special Counsel Robert Mueller and his primary investigative asset Andrew Weissmann fueled the Russian Conspiracy speculation with targeted leaks to allies in the media. However, the truth comes out; and it is boring:


VIA ABC NEWS – Investigators on the Senate Intelligence Committee have learned the identities of three blocked phone calls with Donald Trump Jr just before and after the now-infamous Trump Tower meeting on June 9, 2016, three sources familiar with the calls told ABC News.
The calls to blocked numbers, which came on June 6, and after the meeting on June 9, were between Trump Jr.’s cell phone and two family friends — NASCAR CEO Brian France and real estate developer Howard Lorber, according to the sources.
Both men have close ties to President Donald Trump and actively supported his campaign during the 2016 election. (read more)


Even Trey Gowdy took some time from his new job in the private sector to Roast Rep. Adam Schiff After His Trump Jr. Conspiracy Theory Goes Down in Flames


Gowdy said he liked Schiff better when he was a federal prosecutor because back then he had to "go in a courtroom and prove these things as opposed to just speculating and accusing people."

McCallum also asked about former Fusion GPS contractor Nellie Ohr, who did opposition research on the Trump kids while her husband was the associate deputy attorney general and working with British spy Christopher Steele on getting the unverified anti-Trump dossier into the hands of the FBI.

"It's the strangest fact pattern I think I've ever seen," Gowdy declared. "You have a private entity in Fusion GPS and they're working with Chris Steele, who was an FBI source but then was terminated for violating his FBI agreement." 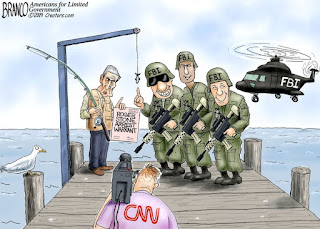 
Bill Priestap, the high-ranking FBI official responsible for overseeing both the Clinton email investigation and the agency’s counterintelligence investigation into the Trump campaign appeared to not have been in real control of his own investigations.

In closed-door testimony before congressional lawmakers in June last year, Priestap, who served as the head of the FBI’s counterintelligence division, acknowledged it was mostly FBI agent Peter Strzok and FBI analyst Jonathan Moffa who were “driving the train.”


When questioned about text messages sent between Strzok and FBI lawyer Lisa Page that showed a strong bias in favor of Hillary Clinton and against Donald Trump, Priestap told lawmakers “it wasn’t the Pete Strzok that I know.”

Priestap also said he was unaware of a meeting Strzok had with McCabe and Page—who served as counsel to McCabe—that was described in the now-infamous “insurance policy” text message.

“Somebody talking about an insurance policy, I would have asked, ‘What the heck do you mean by that?’” Priestap said in the interview before the House judiciary committee. 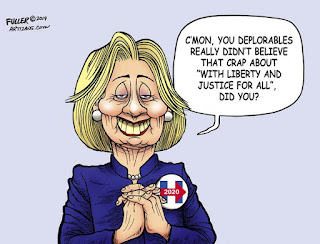 William L. Gensert, American Thinker, Notice How Democrats are Never Indicted? Not strictly true, but they seem to get away with lying to Congress. Mueller says his files were leaked to Russia, which used them for 'disinformation campaign' That's what you get for indicting them for a crime they'll never serve a day for just so you can pretend to be following your mandate of investigating Russian interventions in our elections.


According to the court filing, on Oct. 22, 2018, a newly created Twitter account, @HackingRedstone, said: "We’ve got access to the Special Counsel Mueller’s probe database as we hacked Russian server with info from the Russian troll case Concord LLC v. Mueller. You can view all the files Mueller had about the IRA and Russia collusion. Enjoy the reading!”

The tweet linked to a webpage located on an offline file-sharing portal containing folders with “non-public names and file structure of materials” produced to Concord’s defense team, said Mueller.

Begging the question of what the other 299,000 files were.

The Real Reason Democrats Have Postponed Barr’s Confirmation, By Julie Kelly at American Greatness. You mean other than reflexive Trump hate?


Why? Because during his confirmation hearing, Barr agreed—at the behest of Republican senators—to begin his own inquiry into who, why, and how the FBI launched several investigations into Trump’s presidential campaign and, eventually, into the president himself.
. . .
Barr could take immediate action once he’s confirmed, focusing on low-hanging fruit, including further declassification of the Page FISA application; the release of emails and texts between key Justice Department officials including Comey and McCabe; and any materials related to the interrogation of former National Security Advisor Michael Flynn. The testimony of witnesses who appeared before the congressional committee also should be made public, as requested last year by congressional Republicans.

Other materials of public interest include the initiating documents for Crossfire Hurricane, the FBI’s investigation into four Trump campaign aides—which Comey claimed he never saw—and any details about who at the FBI started the unprecedented counterintelligence and criminal investigation into a sitting U.S. president.


The larger point, especially as it relates to the Russia-collusion theory, is that it’s clear that the Trump campaign didn’t know what Wikileaks was doing. If they had connections to Russian intelligence on the Wikileaks dump, why would they need the famously indiscreet Roger Stone to sniff out what Wikileaks had? That’s a point Andrew McCarthy made last weekend: . . .

And our own womp womp moment,  Michael Avenatti Will Not Be Charged Over Domestic Violence Incident


It certainly took some time but attorney and former would-be presidential candidate Michael Avenatti will not be charged with a misdemeanor related to a domestic violence incident that (allegedly) took place last year. From the LA Times:


The Los Angeles city attorney’s office said the matter has been referred for a hearing, but criminal charges have not been filed.
“This matter has been set for city attorney hearings in which both the victim and the suspect will have an opportunity to be heard on different days. The victim will be advised of services available to her,” the office said in a statement. “The suspect will be informed that although we decline to file charges at this time, this matter remains open and we may file charges at any time prior to the expiration of the statute of limitations.”