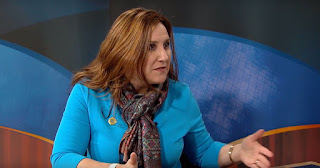 I'll be curious to see if this shows up in the WaPoo: Maryland Democrat May Ann Lisanti Sorry for Calling County ‘N***er District’


Mary Ann Lisanti, a white Maryland Democrat legislator, is apologizing to black lawmakers for referring to a county as “n***r district,” but claims “everyone” has used the racial slur.

Delegate Lisanti reportedly used the racist slur to describe Prince George’s County — which is 62 percent African American — while conversing with a colleague during an after-hours gather at a bar in Annapolis.

According to the Washington Post, Legislative Black Caucus of Maryland confronted the Democrat legislator, whose district includes Harford County, over the alleged slur.

“She apologized several times,” said Barnes. “She recognizes how she has hurt so many within the caucus, and she hoped to repent from this.” 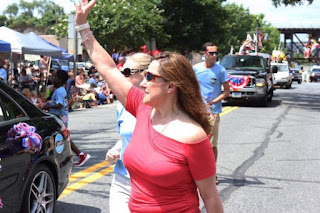 In a statement, House Speaker Michael Busch demanded Lisanti “face the consequences of her behavior.”

“There is no place in the House of Delegates for any racial slurs — or slurs of any kind in society in general,” the Democrat from Anne Arundel added.

While Lisanti did not respond to requests for comment from several news outlets, the Harford lawmaker did tell the Post that she does not remember using the racist slur — before claiming she was “sure everyone has used it.”