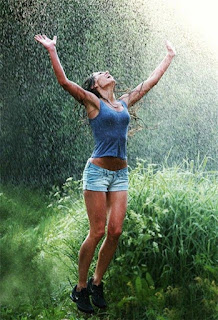 This year’s persistent high river flows into the Bay prompted many of those working on Chesapeake issues to ask the question: “Is this the new normal?”

The good news is that this year’s extreme precipitation is not likely to become “normal” anytime soon. But it does highlight an inconvenient truth: When it comes to the weather, the future won’t be like the past.

It most likely will continue a trend that’s been going on for decades: wetter weather in general and heavier rain in extreme storms. 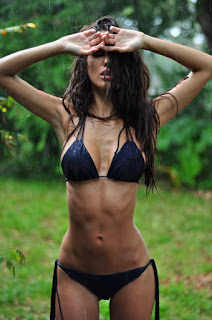 But wait; I thought global warming was going to be causing drought?

That has ramifications for meeting Bay nutrient reduction goals. When it comes to runoff, “flow is fate,” said Lewis Linker, modeling coordinator with the state-federal Bay Program partnership. More rain moves more nitrogen off the landscape and into the Bay, while heavier storms dislodge sediment particles — and the phosphorus that binds to them — and moves them downstream as well.

When they reach the Bay, nitrogen and phosphorus contribute to cloudy water, algae blooms and oxygen-starved “dead zones.” 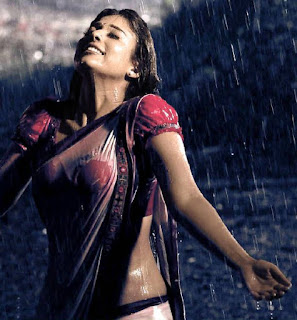 Yes, we see it. Rainy years have more hypoxia, for at least two reasons, only one of which is nutrients. More rains also cause more salinity stratification, which seals off the bottom water from wind mixing, and promote hypoxia.


The Bay Program is taking its first steps toward addressing how Chesapeake-related cleanup actions will adapt to climate change, which is critical as some runoff control actions implemented now may be in place for decades.

States have until April to provide the U.S. Environmental Protection Agency with written descriptions of how they will address climate as part of their updated Bay cleanup plans. In 2021, they will be required to adopt additional measurable nutrient reduction goals needed to offset the impact of climate changes expected through the 2025 cleanup deadline. 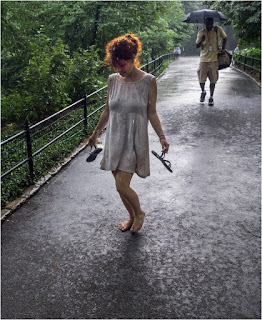 I suspect a sneaky way to get more authority here. Blame the rain.


For the Bay, climate change isn’t a future concern. Monitoring shows rainfall in the watershed has increased about 10 percent over the last century, though the changes have differed from place to place with precipitation in the northern part of the watershed increasing faster than in the southern portion.

There’s also been an increase in the number of severe storms. The National Climate Assessment released by the federal government in October said the amount of precipitation during heavy rainfall events has increased by about 50 percent since 1958 in the nation’s Northeast region, which includes most of the Bay watershed.

10 percent in a century? Maybe. But we have enormous annual variation in rainfall, along with long period climate cycles caused by the Atlantic Multidecadal Oscillation. If you pick two random points in a long term cycle, you will see a trend one way or the the other. On the other hand, here's the rainfall for Washington DC since 1871. I see a whole lot of variation, and not much trend.


But the computer models the Bay Program used to estimate the necessary nutrient reductions were based on precipitation observed in the 1990s, and did not account for the gradual rainfall increase when Bay nutrient reduction goals were set in 2010. Based on past trends, average precipitation from the 1990s to 2025 would be expected to increase by a bit more than 3 percent.

With that factored in, the models now show that further nutrient reductions would be needed to offset the increased flows — 9.1 million more pounds of nitrogen and 490,000 more pounds of phosphorus. That would be a 19 percent nitrogen reduction, and a 73 percent phosphorus reduction beyond what the region already needs to accomplish between now and 2025.

But if Baltimore wants to clean up it's act a little more, that's fine with me.

The Wombat has Rule 5 Sunday: Pre-Valentine’s Day Pinups ready for action.
Posted by Fritz at 6:00 AM