WaPoo sees the train wreck at the end of the tunnel: End of Mueller investigation could spark battle between Justice Dept. and Congress over release of special counsel’s report

Congressional aides and Justice Department officials increasingly expect that whenever Mueller finishes his work, there will be battles for access to the underlying investigative documents — and the report itself, if it is not released.

Democrats making such demands can point to a very recent and relevant example: In the past year, Republican lawmakers have gained access to a great deal of investigative material about both the 2016 investigation into Hillary Clinton’s use of a private email server and the ongoing Russia inquiry.

The looming fights over Mueller’s report and files are just the latest examples of the conflicts between Congress and the Justice Department over how much politicians should be allowed to peer over the shoulders of FBI agents gathering evidence.
From the investigation over the firing of U.S. attorneys during George W. Bush’s presidency, to the probe of a bungled gun-smuggling operation called Fast and Furious during the Obama administration, the Justice Department has at times bent its rules in the face of congressional demands.

“We always say we don’t do something until we do it, and once you do it, then it’s hard to put the genie back in the bottle,” said Peter Kadzik, a former head of the Office of Legislative Affairs at the Justice Department. Kadzik is part of a group called Law Works supporting legislation that would require the release of the entire Mueller report.

Several current and former law enforcement officials who have worked with Mueller in the past say they expect him to describe in detail what he found about the individuals he charged with crimes but be far more circumspect and limited in discussing those people who are not accused of any crimes.

You can find the whole article out from behind the paywall here. Remember, walls are immoral!


But I think there’s one shocking aspect — perhaps a larger story — that’s gone virtually unreported. It appears that anonymous intelligence officials are executing an operation against the sitting commander in chief. It might not qualify as all-out mutiny, but it’s also not all that far from one.

There’s evidence of the existence of such an operation from the inspector general, various congressional probes and investigative reporting. They’ve alleged, and in some cases concluded, that some top intel officials improperly leaked information to the news media and engaged in politically motivated surveillance practices involving multiple Trump associates.

In the newest press salvo, unnamed intel officials fanned out to air anonymous grievances against their commander in chief. They provided details of classified briefings and made inflammatory charges, such as that Trump is “endangering American security” with his “stubborn disregard” and “willful ignorance.” Disseminating these details, if true, could be seen as assisting our enemies.

Also cause for concern is the media’s role in this operation, whether witting or not. Many in the press dutifully parroted these grievances in one-sided accounts with virtually no counterpoints, as if it’s inconceivable that these intel officials could be capable of flaws or conflicted by political motivations. Some reporters seem to think that “intel,” as distilled and presented by these officials, is somehow beyond question.

In fact, history teaches us the opposite can be true. . .

In fact, down through history intelligence failures are better known than intelligence successes. And Presidents have ignored them before, and succeeded. 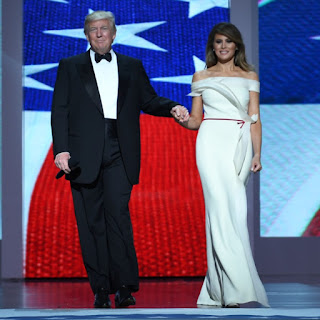 Ed Morrissey at Hot Air. Trump: I Haven’t Considered A Pardon For Roger Stone. Well, he should. Once the Mueller matter is done, he should pardon everyone trapped by a process crime as a result of the investigation. Leave convictions on financial charges stand. One possible exception. ABC, New York prosecutors seek records from Trump inauguration committee. Because they can.


Prosecutors are seeking documents and records related to the committee's donors to the massive inauguration fund, according to sources familiar with the request. Prosecutors also are seeking information on attendees to the events surrounding the inauguration, including benefits to top-level donors such as photo opportunities with Trump, sources said. 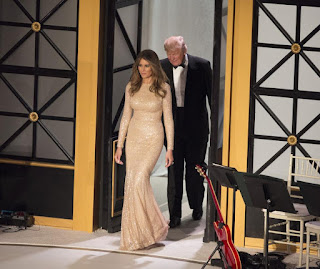 Pretty much an attempt at extortion; punishing people for supporting Trump.

Michael Cohen, Trump's former personal attorney, has been interviewed extensively by prosecutors in the Southern District office. Longtime family accountant and Trump Organization Chief Financial Officer Allen Weisselberg has agreed to cooperate, though the extent of his help is unknown.

The Trump family business also has been in contact with prosecutors, but sources familiar with those discussions would not spell out the specific topics covered.


Wells Fargo in 2017 flagged half a million dollars in wire transfers and bank deposits to the account of Rinat Akhmetshin, a Russian-born lobbyist who has worked closely with opposition research firm Fusion GPS and also attended the infamous Trump Tower meeting.

According to BuzzFeed News, Wells Fargo flagged the transactions for the Treasury Department upon the request of federal investigators looking into the Trump Tower meeting, which was held on June 9, 2016.

Wells Fargo deemed the deposits suspicious because of “overseas origin” and because of “a suspicion that they showed Akhmetshin had violated federal lobbying law,” according to BuzzFeed.

Akhmetshin has been interviewed by several congressional committees and testified to the grand jury being used by special counsel Robert Mueller.

BuzzFeed’s report focuses on Akhmetshin’s involvement in the Trump Tower meeting, while largely ignoring his connection to Fusion GPS, which commissioned the infamous Steele dossier on behalf of the Clinton campaign and DNC. 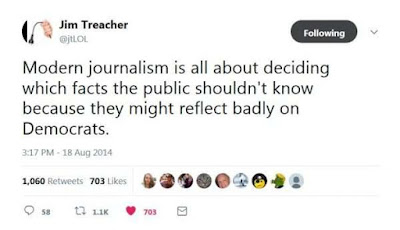 The Wombat has Rule 5 Sunday: Pre-Valentine’s Day Pinups and FMJRA 2.0: MORTAL KOMBAT! ready for action.
Posted by Fritz at 8:45 AM