We've Been Saying This For Several Years 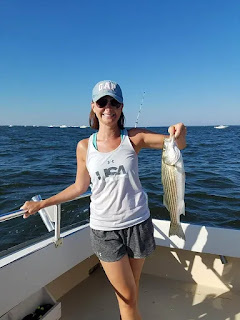 
Striped bass, one of the most prized species in the Chesapeake Bay and along the Atlantic Coast, are being overfished according to a new assessment of the stock’s health — a finding that will likely trigger catch reductions for a species long touted as a fisheries management success.

The bleak preliminary findings of the assessment were presented to the Atlantic States Marine Fisheries Commission, a panel of fisheries managers, on Wednesday. The full analysis was not available. Its completion was delayed by the partial government shutdown, which sidelined biologists in the National Marine Fisheries Service who were working to complete the report. 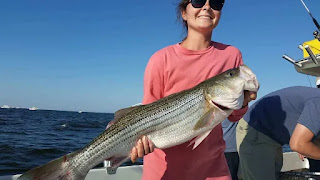 But, noted Mike Armstrong of the Massachusetts Division of Marine Fisheries, who also chairs the ASMFC’s Striped Bass Management Board, the final results “will likely be the same when [the report] comes out.”

The board asked its technical advisers to estimate the level of catch reductions needed to bring the stock above management targets at its May meeting, when the stock assessment is expected to be ready for approval.

“We know it is going to be pretty drastic,” said John Clark of the Delaware Division of Fish and Wildlife, a member of the board. 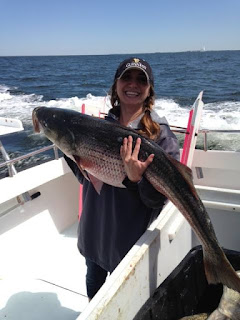 The findings of the assessment were a bit of a surprise. Though the overall population was known to be declining, striped bass are often considered a signature success for fishery management.

The overharvest of striped bass, also called rockfish, sent their population to critically low levels in the early 1980s, eventually leading to a catch moratorium. The population rebounded, allowing catches to resume, and by 1997 the population recovered to an estimated 419 million fish aged one year or more.

After staying at relatively high numbers for nearly 10 years, the population began to decline, in part because of less reproductive success during the past decade and a half — a rate which is greatly influenced by weather patterns. 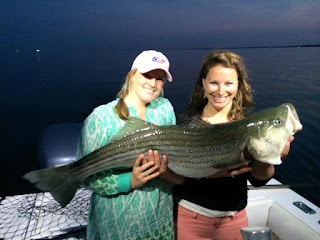 The decline led to fishing restrictions in recent years, but the new assessment shows that those restrictions failed to reduce the overall trajectory for the stock.

Using new information and a new computer model, the assessment has produced a more dire picture of the striped bass population. 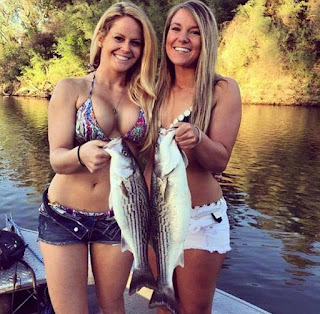 The assessment also indicates that the spawning stock was not only being overfished, but had fallen below the threshold for several years. The scientists producing the report were confident in their conclusion.

“The probability is very high that that is the case,” said Mike Celestino, a member of the ASMFC’s Assessment Science Committee who briefed the commission on the findings. 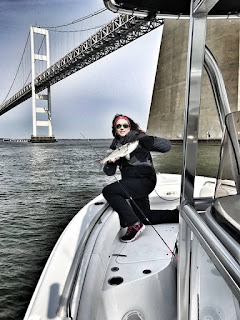 In a preview of the difficulty in finding management solutions, the assessment also suggests that, to some extent, some of the previous actions to control harvest had alarming side effects.

Restrictions that increased the minimum catch sizes in recent years appear to have increased the number of undersize fish that were caught, handled, released and died. Scientists estimate that 10 percent of caught-and-released fish ultimately die.

Data in the summary provided to the board showed that the number of fish that died after being handled by recreational anglers in 2017 exceeded the number they actually kept.

Andrew Shiels of the Pennsylvania Fish and Boat Commission called that “one of the most disturbing of all the issues that’s been presented today.”

It's been obvious to those of us who fish regularly for stripers that the numbers have been in decline for several years. That doesn't mean you can't find them, but there are not as many in their usual habitats, and you have to chase farther to find them. I expect to see substantial changes in the striper regulations this year.

The Wombat has Rule 5 Sunday: Pre-Valentine’s Day Pinups ready for action.
Posted by Fritz at 6:41 PM