Garrett Graff at Wired has 7 Scenarios for How the Mueller Probe Might End. In other words, he doesn't know either, but he offers something for everybody. Dr. John at Flopping Aces fears Robert Mueller may be teeing up Adam Schiff. Ann reads the NYT so you don't have to "The [Mueller] report is unlikely to be a dictionary-thick tome, which will disappoint some observers. But such brevity is not necessarily good news for the president." Rep. Meadows Says Democrats Won’t Accept Mueller Report If It Finds No Collusion. Well, duh. At WaPoo, Adam Schiff affirms that in An open letter to my Republican colleagues

A reminder of something we already knew from Ace FBI's Top Lawyer Thought Hillary Clinton Should Be Prosecuted Over Email Crimes, But Was Talked Out Of It. Talked of "talked?"

So says Ace of Spades, remarking on the astonishing report that an IRS bureaucrat has been charged with leaking Trump attorney Michael Cohen’s bank records to reporter Ronan Farrow and attorney Michael Avenatti last year. The bureaucrat, based in the IRS San Francisco office, was evidently in the throes of Trump Derangement Syndrome, telling Farrow: “To say that I am terrified right now would be an understatement. This is a terrifying time to be an American, to be in this situation, and to watch all of this unfold.”

Yeah, and you know what else is terrifying? The idea that our government hires criminals to spy on the financial records of their enemies. 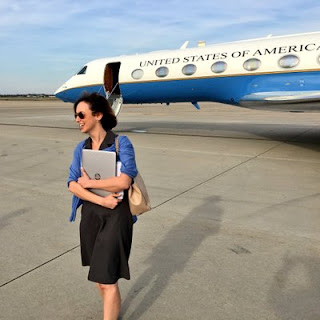 From Vanity Fair: “She Was Pitching Her Intimate Knowledge of the Mueller Probe”: Sarah Isgur Flores, Former Trumper, Talked to MSNBC Before Signing with CNN A lot of media types are concerned, because they don't want any contamination of CNN's version of the truth:


CNN’s hiring of Sarah Isgur Flores, a longtime G.O.P. operative who has worked for Carly Fiorina and Ted Cruz, and most recently served as a spokeswoman for Jeff Sessions in the Justice Department (a position that reportedly involved a loyalty pledge to Donald Trump), caused an immediate and fairly predictable media firestorm. Unlike Corey Lewandowski, who was hired to great consternation during the 2016 election cycle (and then terminated), Flores won’t simply be an ideological talking head—she’ll be playing a larger role in the editorial process. Despite a lack of journalism experience, she will be helping to coordinate CNN’s political coverage across platforms, as well as occasionally appearing on-air as a political analyst, which is the more customary role for former politicians and government officials. Within the media world, she is seen as a controversial and unorthodox appointment. Moreover, Isgur apparently has a history of lambasting the mainstream media on Twitter, including CNN, which she once termed the “Clinton News Network.”

How quickly they fall, McCabe Book Bumped From #1 Spot On Amazon Best-Seller List. Another one from Hot Air, Pompeo: Can’t Talk About Gang Of 8 Claim Except To Note McCabe’s A Liar. What happens in the Gang of 8 stays in the Gang of 8. Charles Lipson, Da Spectator USA, Andrew McCabe is the new Joe McCarthy "Serious charges need serious proof. Simple fairness demands it. But McCabe presents none." WaPoo, McCabe says 25th Amendment talk was exploratory; no effort launched. Maybe he realizes he looks like the crazy guy shouting at clouds now.

And speaking of known liars, Cohen visits Senate offices ahead of congressional testimony Getting his stories aligned with their desires?

And what can you say about Roger Stone, who's old enough to know better. Da Mail, 'I’m not giving you another chance!' Judge imposes total gag order on Roger Stone despite apology for posting 'sinister' image of her with rifle crosshairs near her head – and says she'll throw him in JAIL if he defies her.  Da Caller, Roger Stone Unexpectedly Takes Witness Stand In Hearing Over Controversial Instagram Post


Roger Stone admitted to making an “egregious, stupid error” on Thursday during a court hearing which saw the longtime Trump confidant barred from making public statements about his case before the special counsel.

Stone apologized over a graphic he posted to his Instagram account on Monday which depicted the judge handling his case, Amy Berman Jackson, placed in front of what appeared to be a set of crosshairs. “I am kicking myself over my own stupidity,” Stone said from the witness stand, according to reporters at the hearing.

“I recognize that I let the court down. I let you down. I let myself down. I let my family down. I let my attorneys down. I can only say I’m sorry. It was a momentary lapse in judgement. Perhaps I talk too much,” said Stone, who chalked his post up to an “outgrowth of the extreme stress of the situation.”

Jackson was seemingly unmoved by Stone’s apology, saying that his mea culpa “rings quite hollow.” She imposed a gag order on the longtime GOP operative prohibiting him from speaking about his case beyond proclaiming his innocence and raising money for a legal defense fund.

Jackson also suggested that jail time could be in Stone’s future if he violates the gag order. “I want to be clear today. I gave you a second chance. But this is not baseball. There will not be a third chance,” she said.

So why does the Judge intervene when the defendant is clearly hurting his own case? To me this is a first amendment issue.
Posted by Fritz at 8:54 AM