Maryland could be banned from dredging Man O’ War Shoal A terrible title, because Maryland is doing it to themselves (maybe).


The proposed legislation — one set that would take effect upon passage and another bill that would commence in June— would prevent the Department of Natural Resources from extracting oyster shells from the historic reef, located in Baltimore County near the mouth of the Patapsco River.

While the Department of Natural Resources and watermen wish to disperse the recovered shell to replenish oyster beds elsewhere in the bay, some lawmakers and opponents of the bill have argued that alternative substances may be a more viable option for restoring their habitat.

Proposed in 2009, the dredging project would use the estimated 5 million bushels of shell that would be recovered from the Man O’ War reef—about 5-5.5 percent of the reef—to create or restore oyster habitat in up to 10 Chesapeake Bay tributaries. 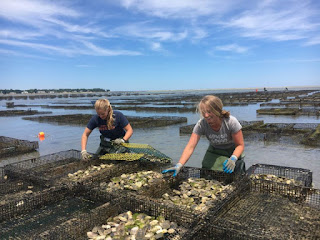 Seems like a fair trade, but what are the alternatives? Aquaculture, for one.


While they usually cling to beds of old oyster shells like those at Man O’ War, in recent years, materials like granite have been tested as an alternative resource, according to Department of Natural Resources Assistant Secretary Bill Anderson.

Though the long-term effects of putting these substances in the bay have been researched, scientists hold conflicting opinions about their harmfulness, Anderson said.

The Department of Natural Resources is opposed to all of the proposed legislation and plans to proceed with their dredging proposal, according to Anderson.

Lawmakers, however, have disagreed on the best course of action for oyster bed restoration. “The science is getting better and better, and research is getting more clear,” that usage of alternative substrate—material other than oyster shells—could be the solution to restoring the oyster population of the bay, said Delegate Stephen Lafferty, D-Baltimore County, the primary sponsor of the emergency bill.

My guess is that this opposition comes largely from watermen, who are accustomed to dredging oysters settled on old oyster shell are afraid that it would make their job harder, and based on my experiences with dredging oysters in the field (strictly in the name of science, mind you), that's probably a reasonable fear. However, since my preferred solution to oyster restoration is to stop dredging of wild oysters (and also stop the other restoration efforts, like moving the shell), and see if oysters can increase in the Bay on their own, I find this all sort of irrelevant.


A group of Maryland senators hopes to extend a moratorium on killing cownose rays at sport fishing tournaments after the Maryland Department of Natural Resources failed to release a fishery management plan by the 2018 deadline.

State Sen. Ronald Young, D-Frederick, has proposed legislation extending a ban on ray fishing tournaments, in which cownose rays are killed for sport and prizes, until DNR releases a plan to protect the species’s long-term survival. Apart from the tournament ban, the state and federal government do not regulate fishing of the rays. The bill does not stop fishing of rays outside of tournaments, derbies or competitions. 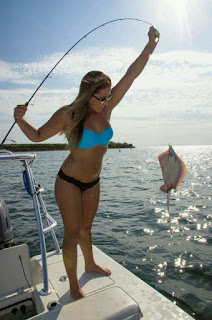 “(The tournaments) served no purpose other than killing them; they didn’t eat them or use them for something else,” Young said during a hearing on the bill. “They just had tournaments seeing how many you could kill.”

A ray fishing tournament moratorium enacted by 2017 legislation was to be lifted this July, but that was under the expectation DNR would release a fishery management plan for the species at the end of 2018.

I'm not really for a ray fishing tournaments, but the idea of banning them before we understand their population. One or two rays on the line is kind of fun. One or two a day is too much.

Wombat-socho has Rule Five Sunday: Post-Valentine’s Day Pinup up and running.
Posted by Fritz at 6:57 PM