Well, You Asked For Equality 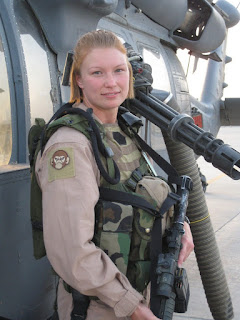 With women in combat roles, a federal court rules the male-only draft unconstitutional


A federal judge in Texas has declared that the all-male military draft is unconstitutional, ruling that "the time has passed" for a debate on whether women belong in the military.

The decision deals the biggest legal blow to the Selective Service System since the Supreme Court upheld the draft in 1981. In Rostker v. Goldberg, the court ruled that the male-only draft was "fully justified" because women were ineligible for combat roles. 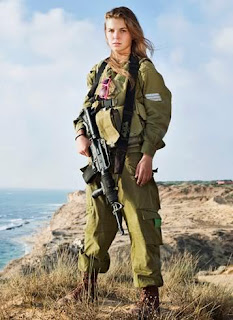 Texas? That sounds like more of a ruling for the 9th Circus.


But U.S. District Judge Gray Miller ruled late Friday that while historical restrictions on women serving in combat "may have justified past discrimination," men and women are now equally able to fight. In 2015, the Pentagon lifted all restrictions for women in military service.

The case was brought by the National Coalition For Men, a men's rights group, and two men who argued the all-male draft was unfair.

The ruling comes as an 11-member commission is studying the future of the draft, including whether women should be included or whether there should continue to be draft registration at all.

We might as well go whole hog, and deny anyone failing to register from any federal welfare benefits.

The National Commission on Military, National and Public Service released an interim report last month giving no hints on where it would come down on those questions. But, commission chairman Joe Heck told USA TODAY, "I don’t think we will remain with the status quo."

The government had argued that the court should delay its ruling until that commission makes its recommendations. But Miller said Congress has been debating the issue since 1980, and the commission's final report won't come until next year. And because the commission is advisory, there's no guarantee Congress will act, he said. 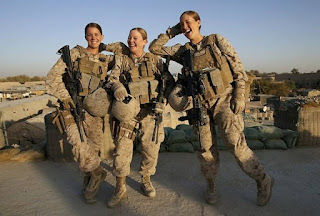 I eagerly await seeing how Justices Ginsberg, Sotomayor and Kagan vote on this one.


Miller said Congress has never fully examined whether men are physically better able to serve than women. In fact, he noted in a footnote, "the average woman could conceivably be better suited physically for some of today's combat positions than the average man, depending on which skills the position required. Combat roles no longer uniformly require sheer size or muscle." 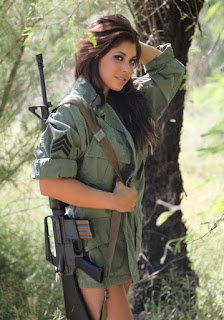 But one of the ideas of military training is to have every soldier be able to pick where another left off, if necessary. All cogs, however imperfect, in a giant machine.

The judge denied the government's request for a stay of the ruling. Justice Department officials did not immediately respond to a request for comment.

There's simply no doubt that  women can be important members of the military. Other than infantry, where dragging a 60 lb pack on long hikes across rough terrain, and being able to carry or drag  wounded comrades to safety, women can do most of the jobs in the military just fine. Even dainty fingers can pull a trigger. In fact, in combat, the US Army has about 2.5 people providing support for every 1 person on the ground in the field fighting. Women are more than capable of virtually all of the support work. They may even be better suited for it than most men. I trust the US Army, for the most part, to judge what roles people are suited for. 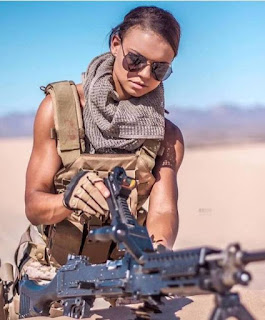 Ann Althouse has some objections.


This goes against the Supreme Court case Rostker v. Goldberg, which I taught many times in Conlaw class. I've often thought about the specific, important physical difference between men and women — that only women can bear children. In an existential military predicament, we might care very much about maintaining the population. Quite aside from that, I think it would be hard to institute a draft if it meant forcing women into military service. But it would be hard to institute a draft and to give all women and no men the right to say yes or no about what happens to their bodies. 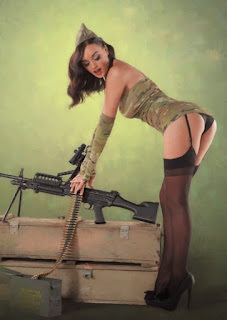 But not all women choose to have babies these days, and many put it off long enough to squeeze in a stint in the Army starting a family. It's equally wrenching for a man to be dragged off for several years, losing time in education and career.

It's hard to imagine a war where the number of babies you're having currently is an issue, since it takes a few years for them to grow up to fighting age. But, if we really need women to bear babies, we can always draft 'em. Is it more inconvenient to be drafted to have babies, or to potentially die?

The Wombat has Rule 5 Monday: Michelle Malkin ready and waiting for your digital pleasure.
Posted by Fritz at 6:00 AM