The rest he just wasted on drugs and booze. Heidi Fleiss Reflects on 25th Anniversary of Her Arrest, Ex Tom Sizemore and What Charlie Sheen Really Spent on Girls

On June 9, 1993, Fleiss was arrested and charged with five counts of pandering. “The other players like Madam Alex were all working with the LAPD, giving lists of their clients on a weekly basis,” says Nick Broomfield, director of the 1995 doc Heidi Fleiss: Hollywood Madam. “Heidi wouldn’t play the game. She broke all the rules. She kind of did it for fun, which was why she was so successful.” The case went to trial, where Charlie Sheen testified he’d spent $53,000 a year on Fleiss’ services. A jury convicted her on three counts, for which she received a three-year sentence. That conviction was overturned in 1996, but a federal tax-evasion case the next year led to a 20-month stint in prison in Dublin, California. 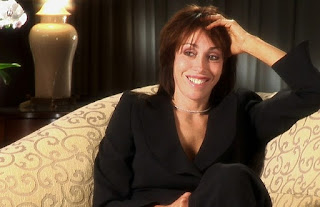 Today, the 52-year-old Fleiss lives with dozens of exotic birds on the outskirts of Pahrump, Nevada. She spoke to The Hollywood Reporter about her lasting place in show business infamy.
. . .
Why did Sheen end up going public as a client during your trial?

The only reason his name came out is that when I was arrested, I had travelers' checks in my purse with his name on them. On the stand he said a much lower amount than he actually spent with me. He probably spent closer to $300,000 or $400,000 on girls. He said something like $60,000.

Let that be a lesson to you. Don't pay for your hookers with travelers checks with your name on them.