A Fishing Report from Yesterday 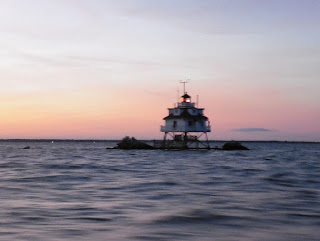 Longtime fishing friend Barefoot and I answered one of Pete's calls for a walk-on trip for yesterday. Pete wanted an early start, so we met at the dock on South River at 5 AM, and shortly thereafter were cruising by Thomas Point before sunrise. We didn't stop there because of wind, and another boat. 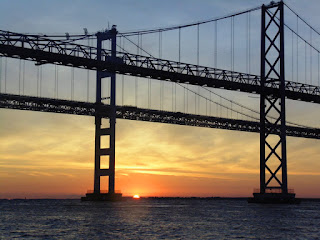 We made the Bay Bridge by sunrise, and found fish at several of the pilings and abutments, and in fact, caught most of the 11 fish we were allowed to keep there. Each "passenger" can keep two, and 1 for the Captain. 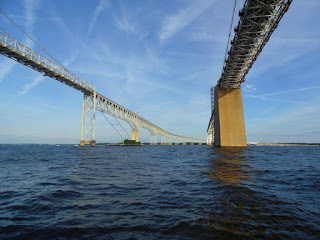 After that, we wandered north; as far north as the approach to Baltimore Harbor, and along the way found the remaining fish for our limit, and then some. 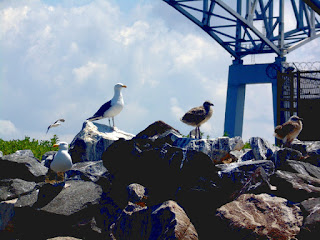 A couple of fluffy Great Black-Backed Gull chicks on one of the rock piles at the Bay Bridge. The world's largest seagull,


Great Black-backed Gulls live along the Atlantic Coast and inland on the Great Lakes. They choose isolated, predator-free sites such as piers or islands for breeding, and then disperse away from the colony for the rest of the year to feed at sea, along coasts, and at landfills. 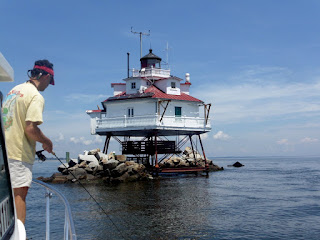 Afternoon found us back at Thomas Point, which was more scenic than productive, although Wes on the bow did hook a nice one here on a crankbait. 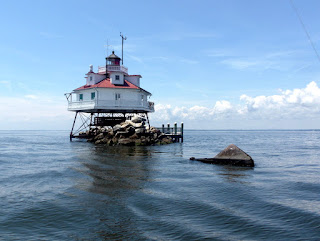 The black thing in the water here in front of the light house is called the "ice breaker", and it's there to break floating ice before it gets to the lighthouse 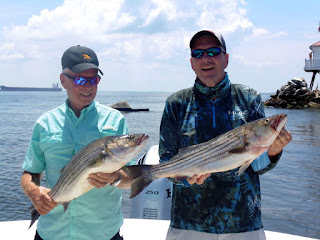 A couple of happy customers. 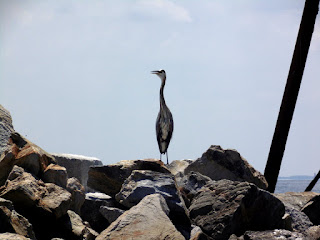 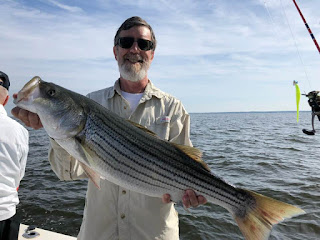 Barefoot with the fish of the day, a 31 inch striper caught in shallow water near some rocky structure not to be named today.
Posted by Fritz at 8:33 AM