Rule 5 Saturday - Down by the Bay, Donna D'Errico 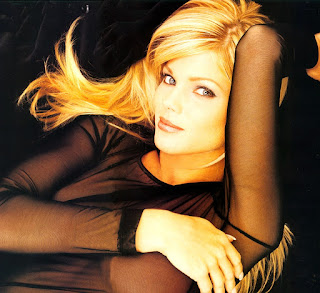 This week's Rule 5 special is dedicated to Donna D'Errico, actress, model and mother.

Donna D'Errico (born March 30, 1968) is an American actress and model who posed for Playboy magazine as its Playmate of the Month for September 1995 and had a starring role (1996-1998) on the television series Baywatch. She is of Italian descent. She continues to act in films and on television. 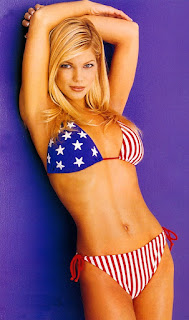 D'Errico divorced rock musician Nikki Sixx in 2007, after nine years of marriage. They had separated shortly after their daughter Frankie Jean's birth in 2001, and they reconciled months later when Sixx completed rehabilitation for chemical dependence. The two separated again on April 27, 2006, with D'Errico filing for divorce, and they divorced in June 2007. D'Errico also has a son, Rhyan, born in 1993, from a different relationship.

D'Errico subsequently described herself as a devout Roman Catholic who attends Mass weekly and prays the Rosary every night with her children. When asked how her renewed Catholic faith related to her past, she said, "I’ve made mistakes and choices in my past that I wouldn’t make today. . . . 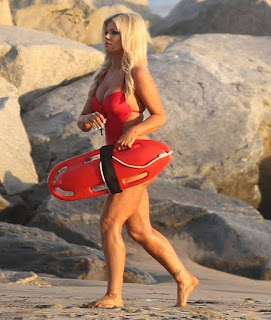 Ain't we all. Back in 2010, Donna got into a donnybrook with TSA over a full body scan which she claimed happened for prurient purposes:


"It is my personal belief that they pulled me aside because they thought I was attractive," D'Errico told AOL News Monday. "My boyfriend looks much more like a terrorist than either I or my son do, and he went through security with no problems."

D'Errico, who was with her 17-year-old son Rhyan and boyfriend Roy J. Bank, the president of Merv Griffin Entertainment, said when she asked the agent why she was picked to go through the body scan, he only responded with, "because you caught my eye." 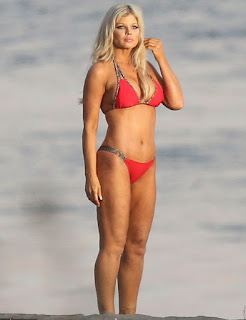 "It was just, 'Stand here. Raise your arms above your head like this,'" she said. "They never told me that they were going to be conducting a full-body scan, or that I had the option of being searched instead."
D'Errico continued, "after the search, I noticed that the male TSA agent who had pulled me out of line was smiling and whispering with two other TSA agents and glancing at me. I was outraged."

Some NSFW pics from the Playboy days.

Linked at Pirate's Cove in the weekly "Sorta  Blogless Sunday Pinup" and links. Wombat-socho has "Rule 5 Monday: Shakira Law And The Rock Sharky" and "FMJRA 2.0: Rubycon" ready for your digital pleasure. 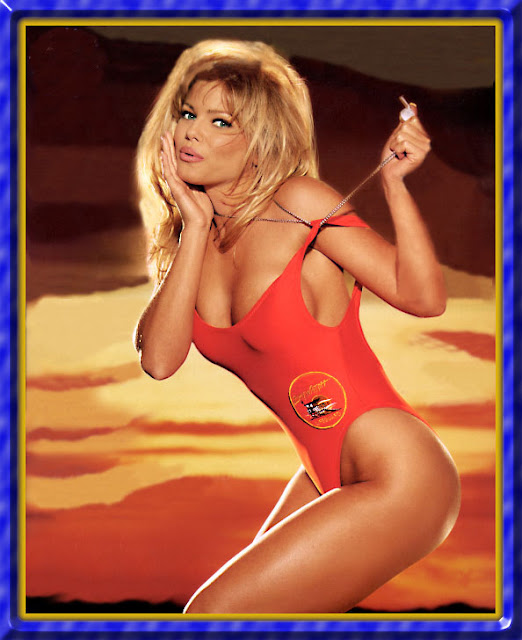 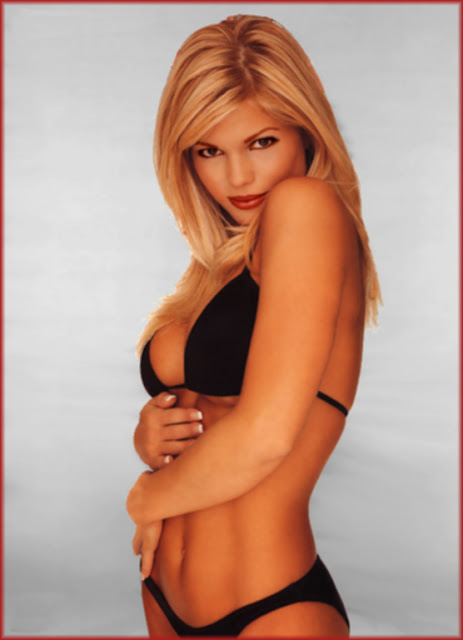 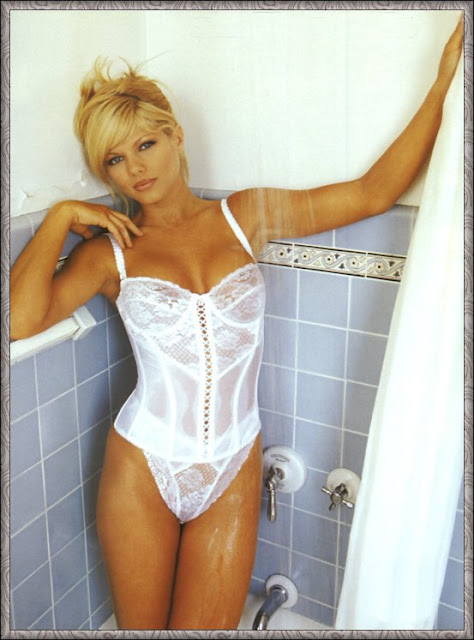 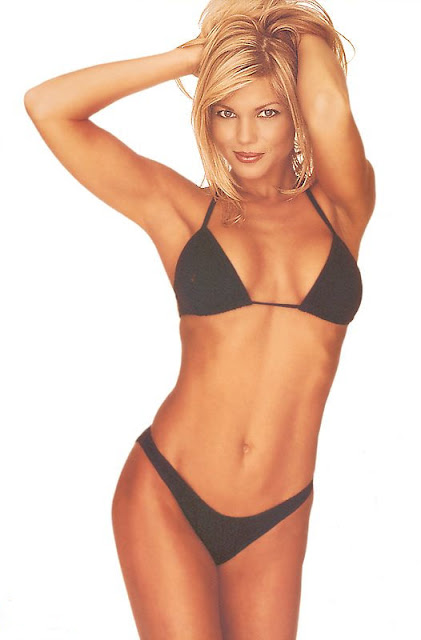 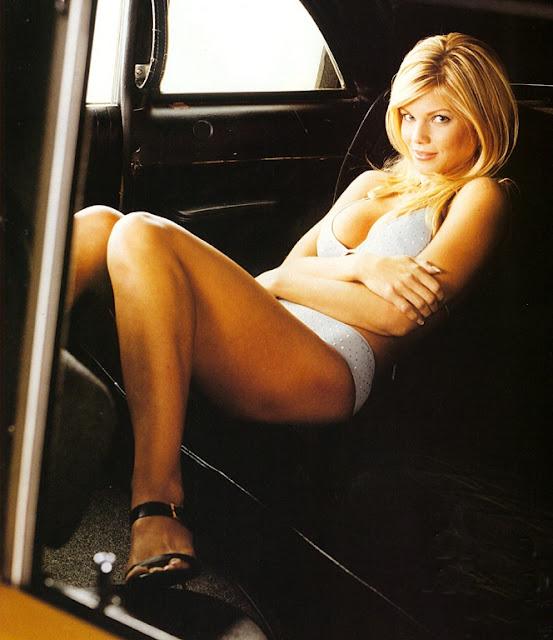 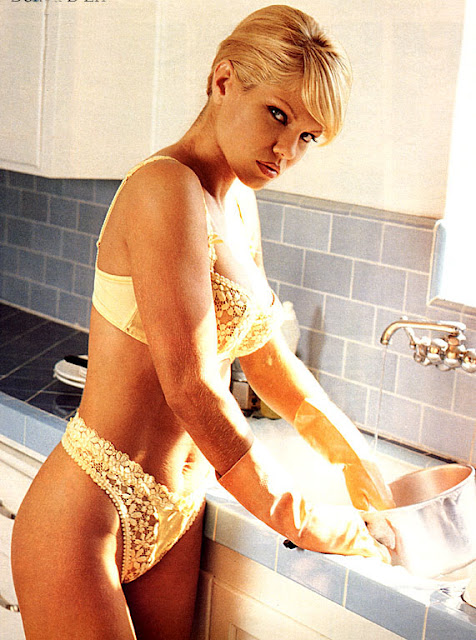 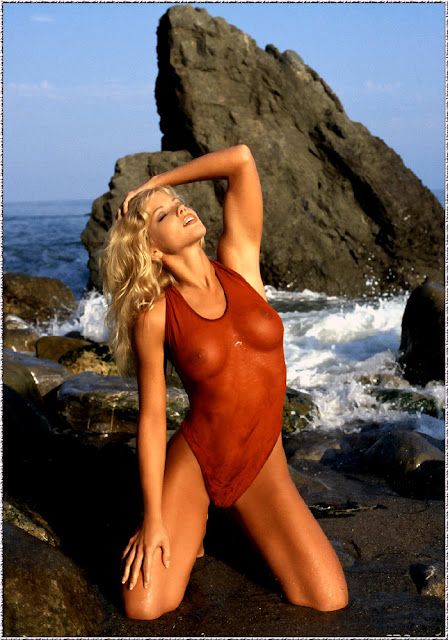 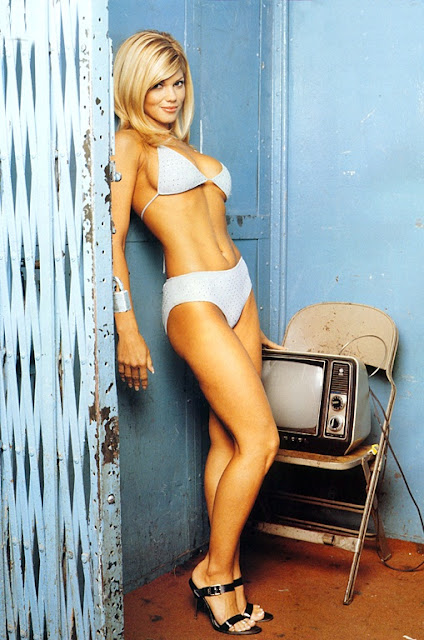 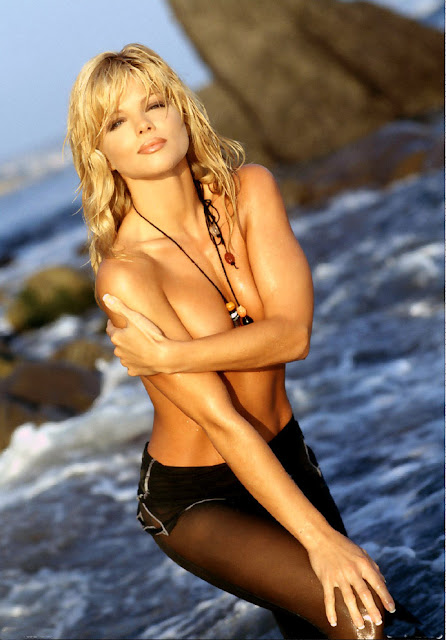 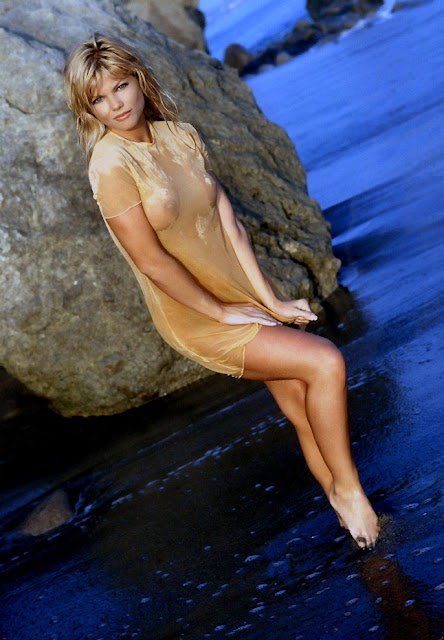 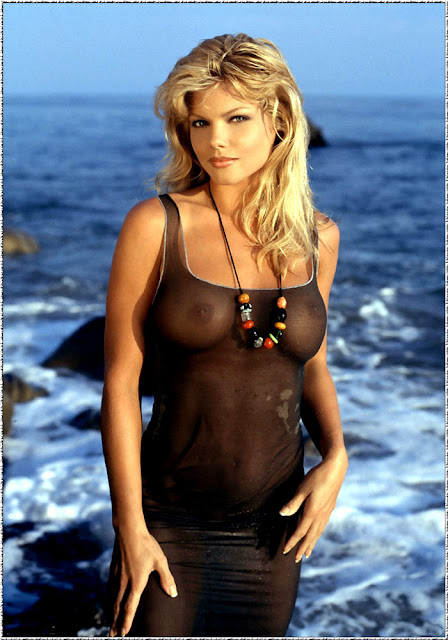 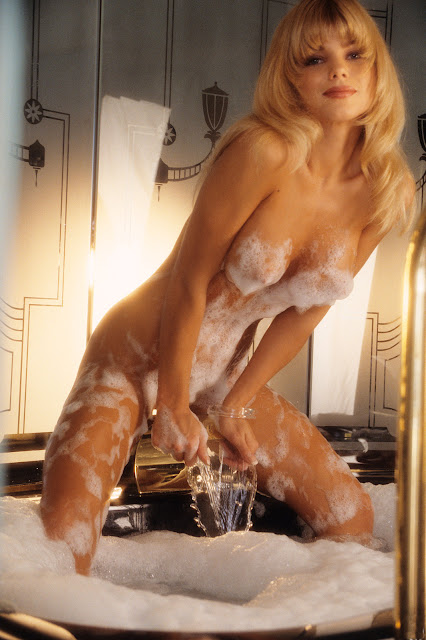 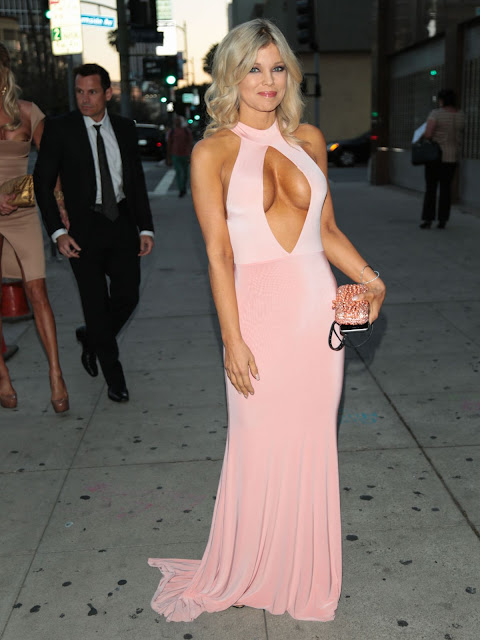 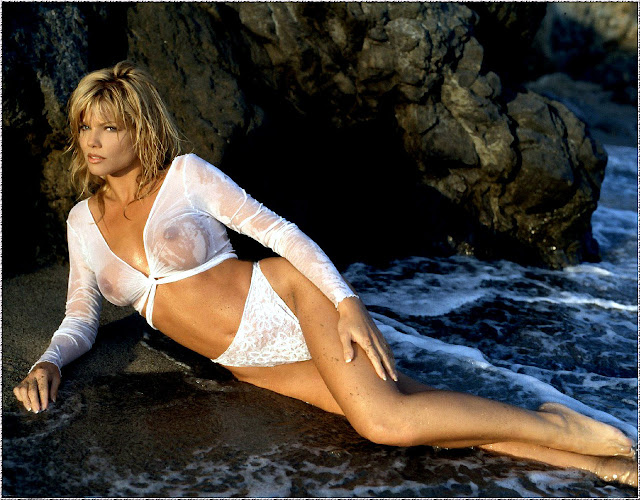