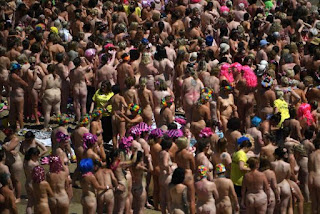 Women bare all in record-breaking charity skinny dip in Ireland


Thousands of Irish women shed their inhibitions and their clothes on a secluded beach fifty kilometres south of Dublin on Saturday for a world-record setting "skinny dip" to raise funds for a children’s cancer charity.

Lucia Sinigagliesi, the Guinness World Records official that adjudicated the naked swim, said that 2505 women spent at least five minutes in the sea to set a new world record.

The previous record was set in Western Australia in 2015 when 786 participants swam naked to promote a positive body image near the regional capital Perth, in waters that are usually around 23 degrees centigrade at that time of year.

On Saturday, the sea temperature off Magheramore beach, where the Irish swim was held, was a bracing 12 degrees, despite a recent spell of warm weather. 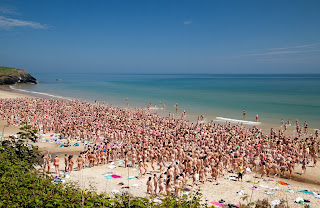 For those of you more comfortable with the more biologically useful Fahrenheit scale, that's a bone chilling 53.6 F


The swim has been an annual event since it was started by Dubliner Dee Featherstone in 2013, just weeks after her own mastectomy. The events have raised more than 153,000 euro, not including what will be raised this year.

"Oh my god it was amazing. I have never been naked in front of anybody before, except my husband, and it was brilliant and bracing. It was great craic," Deirdre Betson from Dunboyne told a Reuters reporter after leaving the water.

"We are all different shapes and sizes and ages and it was just super."

However, it's pretty well apparent that most of these Irish lasses are getting their fair share of bangers and mash and Guinness. 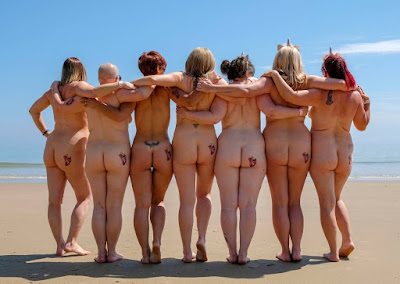 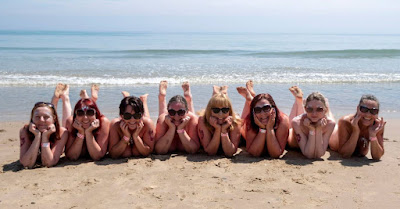 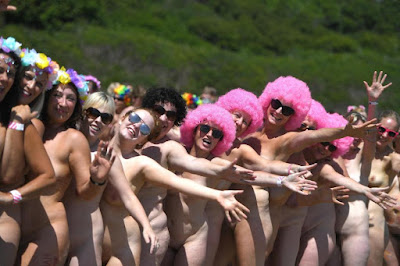