Well, here it is June 14, 2018, the day that, if somebody hasn't managed put a stick in the spokes, IG Horowitz's long awaited report on the DOJ and FBI behavior surrounding the Clinton email matter is supposed to out. Ed Morrissey at Hot Air: Let The Games Begin: Beltway Buckles Up For IG Report On Clinton Probe. Carries Johnson at NPR: Report Expected To Condemn FBI Violations In 2016 Clinton Email Investigation. Chuck Ross at Da Caller: Sessions says more firings possible following DOJ report. We can only hope. Da Hill: Sessions defends firing Comey, warns DOJ report could prompt more terminations. Margot Cleveland at the Federalist: What To Look For In The Inspector General’s Report About DOJ And FBI Election Interference

On the big picture, there will be two final take-aways of note from Horowitz’s report: first, whether the IG’s conclusions raise the possibility of criminal prosecution and, if so, of whom. The IG has already referred a criminal case against former FBI deputy director Andrew McCabe to DC’s U.S. attorney’s office. That was based on Horowitz’s findings that McCabe was responsible for leaks to the Wall Street Journal but lied about his role both to his former boss, FBI director James Comey, and to investigators.

While the IG report will not announce what criminal referrals, if any, have been made, the findings will provide insight, just as did the announcement that McCabe demonstrated a “lack of candor” in his conversations with Comey and investigators.

Second, Horowitz’s report will indicate whether there will be calls for a fresh investigation of Hillary Clinton for her use of a private server and reckless handling of classified material while U.S. secretary of state. IG Horowitz is not investigating Clinton, but the OIG’s focus on the FBI and DOJ’s handling of the Clinton investigation and report will likely reveal numerous deficiencies in the underlying probe. The deficiencies exposed will prompt calls for a new, unbiased, and thorough investigation of Clinton.


That Rosenstein threatened to subpoena the committee’s records does not seem to be in serious dispute. There are differing accounts about why. House investigators say that Rosenstein was trying to bully his way out of compliance with oversight demands; the Justice Department offers the lawyerly counter that Rosenstein was merely foreshadowing his litigating position if the House were to try to hold him in contempt for obstructing its investigations. Either way, the best explanation for the outburst is that Rosenstein is beset by profound conflicts of interest, and he’s acting like it.
. . .
To point this out is not to attack Mr. Rosenstein’s integrity. I do not know the deputy attorney general personally, but people I do know and trust regard him as a scrupulous person and professional. That’s good enough for me. And indeed, while I disagree with his appointment of Mueller (because it was outside DOJ regulations), his impulse to appoint a special counsel suggests that he perceived an ethical problem in directing an investigation that would have to scrutinize his own conduct. That is to his credit.

Nevertheless, it is not to his credit to threaten members of Congress with Justice Department subpoenas for their emails and phone records. It suggests that the conflicts under which he labors are distorting his judgment. And in any event, to point out that a lawyer has a conflict is not to assert that he is acting unethically. A conflicted lawyer recuses himself not because he is incapable of performing competently but because his participation undermines the appearance of impartiality and integrity. In legal proceedings, the appearance that things are on the up and up is nearly as important as the reality that they are.
. . .
Finally, note that Attorney General Sessions was counseled by Justice Department officials (none of them Trump appointees) to recuse himself under circumstances in which (a) there was no criminal investigation (which the regulations call for in recusal situations); (b) his contacts with Russian officials were not improper; (c) there was scant evidence of criminally actionable collusion between the Trump campaign and Russia; and (d) Sessions apparently had no involvement in approving FISA surveillance of Trump officials, and had less involvement than Rosenstein did in Comey’s firing.

On what planet is it necessary for Jeff Sessions to recuse himself but perfectly appropriate for Rod Rosenstein to continue as acting attorney general for purposes of both the Mueller investigation and Congress’s probe of Justice Department investigative irregularities?

Ace:  If There Were Any Question That Rod Rosenstein Had a Conflict of Interest in the Russia Probe, His Threat to Subpeona Congressmen to Get Them to Stop Doing Oversight On Him Should Dispel Any Remaining Doubts


You don't allow people with conflicts of interest to act as judges or prosecutors in a case. Their emotional/personal attachments in the matter may cloud their judgment and cause them to behave unprofessionally, unethically, and even illegally.

Threatening retaliation subpoenas against Congressmen doing lawful, constitutional oversight, because you want to protect your friends or yourself, is the kind of thing that people with conflicts of interest do.

From Wombat-socho's In The Mailbox: 06.13.18, Power Line presents Rosenstein’s Rot


I think in a contempt proceeding the issue would be the respondent’s or the department’s compliance with the subpoena in issue. I’m pretty sure that’s how it works. It is not clear to me how the staffers’ emails and text messages otherwise unavailable to the department would be relevant. The patent stupidity of this response adds insult to injury. It is lame. Something is rotten in the Department of Justice.

Stacy McCain catches an old nemesis, the Speedway Bomber (yes, bomber) involved in Russiagate on the Democrats side: Report: Brett Kimberlin and DNC Staffer Helped Push ‘Russiagate’ to Feds. As James Bovard at the Hill reminds us A politically weaponized FBI is nothing new, but plenty dangerous.

What to say about Bob Mueller as he files request for 150 blank subpoenas in Paul Manafort case? Still digging. But not too carefully. Mueller Appears to Have Screwed Up by ‘Accidentally’ Exposing Names in Manafort Case. Politico: Mueller-friendly Republicans losing patience with probe, as is the public. Allapundit: Poll: Plurality Now Says Mueller Probe Has Been Handled Unfairly Also Politico: Poll shows Mueller’s public image at all-time low.


The lawyer, Jason Frank, is trying to collect on a $10-million judgment he won last month against Eagan Avenatti, the Newport Beach firm of Daniels’ attorney, Michael Avenatti.

The firm’s debt to Frank was among the biggest it promised to pay when it emerged early this year from Chapter 11 bankruptcy protection. Frank, who worked at Eagan Avenatti from 2009 to 2016, says the firm cheated him out of millions of dollars in pay.

Is another hard working hooker about to hit hard times? The NYT as cited by Hot Air: NYT Investigating Work History Of Reporter In Leak Case.


Ms. Watkins and Mr. Wolfe, 57, had an extended personal relationship that ended last year. Prosecutors suspected that Mr. Wolfe had leaked classified intelligence to reporters, a claim that he denies.

The Times said on Tuesday that it was conducting a review of Ms. Watkins’s involvement in the case, including the nature of her relationship with Mr. Wolfe, and what she disclosed about it to her prior employers. Ms. Watkins informed The Times about the prior relationship after she was hired by the paper, and before she began work in December. She has said that Mr. Wolfe did not provide her with information during the course of their relationship. 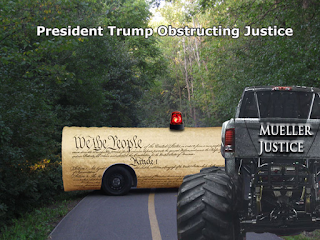 Uh oh. But her boy friend, Senate intelligence committee aide pleads not guilty to lying to FBI in classified leaks probe and wants the President to shut up about it.


The longtime Senate staffer faces three charges of perjury for making false statements to the FBI. He is not charged with leaking classified information.

Mr. Wolfe’s legal team said after the hearing, they would seek a gag order barring government employees, including President Trump, from speaking about the case. He called Mr. Trump’s comments, “improper and prejudicial.”

And not really Russiagate, but unusual in the extreme: The U.S. Is In A Much Better Place After This North Korea Summit, Says … James Clapper, What, a new sudden respect?
Posted by Fritz at 9:28 AM