Your Five Minutes of Hate

This from Stacy McCain: The Freedom to Hate


Taylor claims Twitter permanently suspended accounts belonging to him and hundreds of other far-right users in December based solely on their political views and affiliations.
The judge described Taylor’s case as a “classic public interest lawsuit” and said it “goes to the heart of free speech principles that long precede our constitution,” according to a transcript of the hearing.
“Now, it may be speech that you and I don’t wish to enjoy, but that’s not germane to the determination of whether it’s public interest. Public interest doesn’t have a flavor of ideology to it; public interest is whether it benefits the public,” Kahn said. . . .
Taylor is a Yale-educated, self-described “race realist” who founded an Oakton, Virginia-based, tax-exempt nonprofit called the New Century Foundation. He operates American Renaissance, an online magazine that touts a philosophy that it’s “entirely normal” for whites to want to be a majority race.
Taylor’s lawyers argue access to Twitter is “essential for meaningful participation in modern-day American democracy.”
“At all times, Mr. Taylor has expressed his views with respect and civility,” they wrote in a court filing. “At no time did Mr. Taylor or American Renaissance engage in insults, threats, or harassment, nor did they ever encourage anyone else to engage in such activity.”

Permit me to vouch for Jared Taylor’s “respect and civility,” as I have known him for 20 years. He is remarkably well-mannered, which made an impression on me the first time I met him. He is fluent in multiple languages, having grown up in Japan, where his parents were Christian missionaries, and he engaged in postgraduate studies at the Sorbonne. He speaks with a noticeable formality, which at first struck me as stilted or artificial, but which I eventually realized was simply a matter of lifelong habit. As to Taylor’s “race realist” identification, he is not a David Duke-type personality. Taylor is not a conspiracy theorist or a hate-monger, but is instead devoted to calling attention to facts about race relations in America (and elsewhere) that the liberal media ignore. . . .

That doesn't sound like hate, but it may be racism. I can imagine racism without hate easily enough. I'm glad to see someone taking on Twitter from the right, and forcing them to acknowledge their role as  public accommodation which should be available (if not necessarily) free to all comers, provide they stay within some extremely wide guidelines. 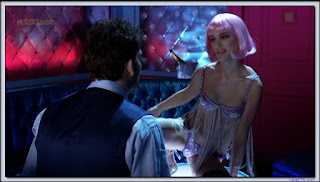 But, now, this is hate:  Natalie Portman Calls Jared Kushner A Supervillian


Actress Natalie Portman is the latest celebrity to randomly bash a member of the Trump family. This week she appeared on CBS’s The Late Show with Stephen Colbert (of course) and called President Trump’s son-in-law, Jared Kushner, a supervillain. Is this how adults speak now?
Portman and Kushner were friends up until the 2016 election apparently when Hillary Clinton supporter Portman decided she couldn’t be in the friendship anymore. How sad to let politics control your friendships. She must live in a particularly delicate Hollywood celebrity bubble. The two were Harvard classmates, graduated in 2003, and even attended each other’s weddings. 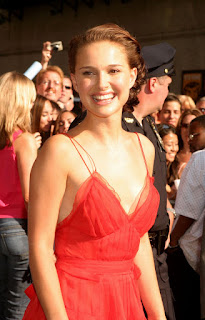 So did she block him from her Facebook or something more severe?

Portman was on the guest list when Kushner married Ivanka back in 2009 in New Jersey, and the pair returned the favor and attended the Big Sur 2012 wedding when the actress married Benjamin Millepied in 2012.
Kushner got a degree in government from the Ivy League institution, while Portman majored in psychology and worked as a researcher for law professor Alan Dershowitz, who has lately become a staunch defender of Donald Trump.

I wonder if Dershowitz is also now a supervillain in the eyes of Portman. While freely speaking about Kushner’s college days, she told Colbert that he wasn’t a good student. When the actress said the two were no longer friendly, Colbert pressed for more information. That’s when the lame description entered the conversation. 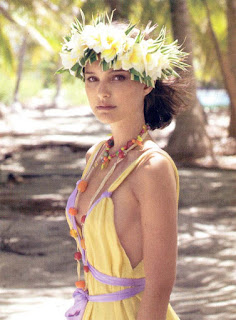 Proving once again, you don't necessarily need good study habits to become a billionaire; and it helps to start as a millionaire.

“Unfortunately it’s not very — there’s not a lot funny to say about someone you were friends with becoming a supervillain,” Portman stated. “So, it’s not funny.”
She added, “He said in some interview that all of the friends he’s lost through politics is like exfoliating. I was like, OK.”
Colbert then asked, “So you’re a dead skin cell?” Colbert retorted, to which Portman stated, “Proudly.”

What a weird description. Looking at the guy as he works for Trump, he seems almost mild-mannered. Jared Kushner doesn’t look like a villain, much less a supervillain. An actress goes for the dramatic, I suppose. Also, Kushner is not a conservative and has been credited for advocating more liberal-leaning policies, as has his wife, Ivanka. Jared has donated $11,000 to Hillary in the past, with his father being a big Clinton donor. Portman could have probably given Kushner her policy ideas or concerns if she were still on a friendly basis with him.

It's incredibly sad that the mere fact that her former friend's father-in-law won the presidency in place of your preferred candidate is enough to propel you to call him a supervillain. But what else can you expect from a Harvard education any more?

The "Captain Marvel" star received the Crystal Award for Excellence in Film at The 2018 Crystal + Lucy Awards and used her time at the podium to discuss a lack of diversity in film criticism.

Larson elicited applause when she said she didn't need "a white dude to tell me what didn't work for him about '[A] Wrinkle in Time.'" 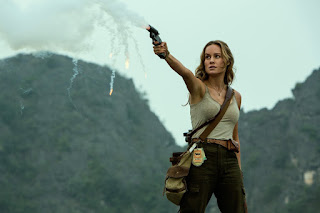 Not a movie I'll go out of my way to see.

"It wasn't made for him," Larson said. "I want to know what that film meant to women of color, to biracial women, to teen women of color, to teens that are biracial. And for the third time, I don't hate white dudes. These are just facts, these are not my feelings." 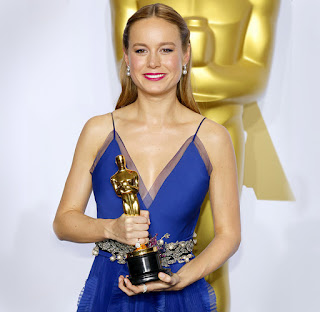 She looks like she's done rather well by the predominantly white male reviewers.


The facts Larson cited were from a recent study by the University of Southern California Annenberg Inclusion Initiative, which examined movie reviews.

The group looked at 100 top-grossing films of 2017 on the site Rotten Tomatoes to assess the gender and ethnicity of the critics and found that reviewers are overwhelmingly white and male. 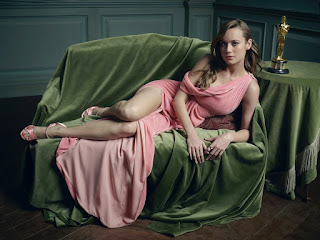 According to the report, only 22% of nearly 20,000 reviews evaluated were written by women and 82% were authored by white critics.

In her speech, Larson called for this to change.

Becoming a film critic, for pay, strikes me as a tough gig to get into, because every amateur thinks his or her opinion. Drive, perseverance and competitiveness is one of those things that Dr. Jordan Peterson would remind you is predominantly, though not exclusively, a male trait. Women who want to become film critics would do well to remember that.

Wombat-socho has "Rule 5 Sunday: Girls In The Desert" and "FMJRA 2.0: Desert Plains" up and running.
Posted by Fritz at 6:00 AM