Redheads Get Into Blue on Blue Dispute: 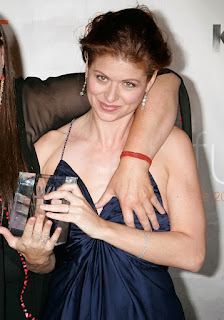 
When the results of last Tuesday's presidential election finally began to sink in, a number of Hillary Clinton's most ardent supporters were looking for someone to hold responsible.

Many laid the blame on “white people,” “racists,” and “the media,” and a number blamed third party voters general.

But actress Debra Messing (“Will and Grace”) got personal, calling out fellow actress Susan Sarandon for throwing her weight behind the Green Party's Jill Stein when Bernie Sanders bowed out this summer:

She encouraged ppl to vote for Trump over HRC on a news interview. Said she was more "dangerous." She needs to be held accountable. https://t.co/8XYWP5DzXl
— Debra Messing (@DebraMessing) November 16, 2016 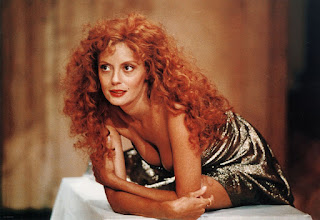 Yet it was Sarandon herself who landed the sucker punch:


To all those who find blaming me less painful than introspection, never knew I was this powerful. pic.twitter.com/etgSWBcH6a
— Susan Sarandon (@SusanSarandon) November 16, 2016

Girls, can I recommend a good mud pit?

Wombat-socho has "Late Night With Rule 5 Sunday"  ready at The Other McCain.
Posted by Fritz at 6:00 AM