JLaw Castigated for Saying Something Sensible 
As tensions run high and the anxiety of living under a Trump presidency is a thing many people have on their minds, Jennifer Lawrence penned an open letter calling for the nation to turn its fear and anger into hope rather than despair.

Published on VICE, the actress urges her readers to “think strongly and clearly about what to do next because we cannot change the past.” 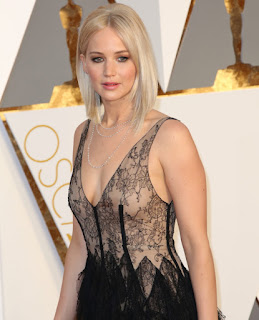 Why, that one's almost at tautology. What a novel idea that the past can't be altered. Well, except by lying about it, as Orwell noted.

“We shouldn’t blame anyone, we shouldn’t riot in the streets,” says Lawrence, who proposes a variety of solutions on how to make a difference, and that it’s important for women to have hope and work for the future rather than feeling defeated.

“If you’re worried about the health of our planet, find out everything you can about how to protect it,” Lawrence says. “If you’re worried about racial violence love your neighbor more than you’ve ever tried to before—no matter what they believe or who they voted for. If you’re afraid of a wall putting us all into another recession then organize and stand against it.” 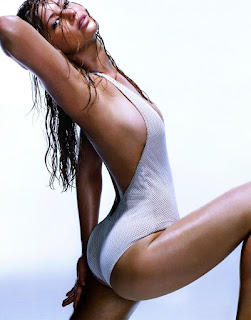 How dare a Hollywood actress recommend against rioting!


Enter The Mary Sue, a site best known for the clutching of pearls over video games, which has turned Lawrence’s plea for peace into a divisive racial issue. After all, “intersectionality” demands that anything and everything be viewed through the blinkered lenses of race and gender.

A Mary Sue is a term for a type of character derived from fan fiction, "an idealized and seemingly perfect fictional character, a young or low-rank person who saves the day through unrealistic abilities. Often this character is recognized as an author insert or wish-fulfillment." In fact, a character much like JLaw's character in the Hunger Games movies.


The piece’s author, Keisha Hatchett, argues that calling for peace “silences the voices of the disenfranchised who should be heard more often than the sympathetic individuals who couldn’t even begin to imagine what it really feels like to be oppressed.” It beggars belief that the individuals arrested at the recent protests in Portland are in any way oppressed minorities, most of whom are white. 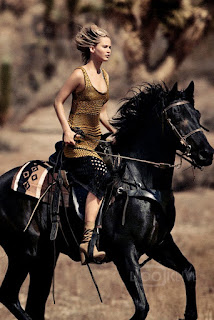 But it sounds like the self image of the of the writers at Mary Sue (which I confess I had never heard of before).

“I suppressed the rage of a thousand black Americans told to ‘turn the other cheek’ as their racist white neighbors hurled rocks at their heads,” says Hatchett, who goes on to accuse every Trump voter of supporting white supremacism.

“I’m tired of people bending over backwards to dismiss my feelings because they’ve tricked themselves into believing that they are morally neutral rather than privileged or willfully ignorant,” says Hatchett. “Instead of acting like some sort of emotional gatekeeper, I suggest you actually listen to these marginalized voices and direct that urge to whitesplain to your fellow white neighbors, instead.”

I'm not surprised that JLaw doesn't exact live up to the conservative values of Katniss, (yeah, think about about it); she is young, and she is immersed in the the Hollyweird life. But it is gratifying that she has adopted a reasonable outlook to the results of the election. Maybe there's hope for a revival of common sense in the entertainment industry.

Wombat-socho has "Late Night With Rule 5 Sunday" ready at The Other McCain.
Posted by Fritz at 6:00 AM