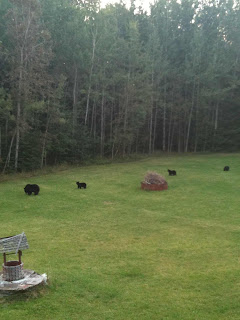 The attack happened around 9:20 p.m. Wednesday in a heavily wooded area on Irongate Lane in rural Frederick, about 50 miles northwest of Washington.

When Osborne and her husband heard a dog barking, she went to investigate. She went next door to see why the other dog, which belonged to family members, was barking, Thomson said. That’s when the sow attacked.

“At that point, she had given up and was hoping the bear would just go away,” Peditto said. She used her cellphone to call 911.

Once Osborne was in the fetal position, it “looked like she was no longer in a position to defend herself,” Peditto said, and the bear retreated into the woods. Osborne’s husband heard their dog barking and went outside as emergency personnel arrived.

Wildlife specialists quickly determined the bear was one of 30 in Maryland with a radio collar as part of a state program to monitor the bear population. It had been outfitted with the collar earlier in the year. 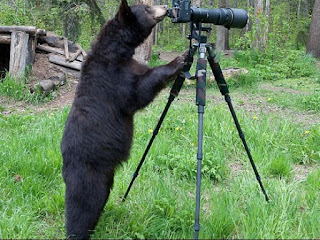 So it was a government sponsored bear?


Rescuers took her to the trauma unit of a Hagerstown hospital, where officials said Thursday she was in good condition and her injuries weren’t life-threatening.

It’s the first time a bear is known to have attacked a human in Maryland since the state began tracking such incidents about 70 years ago, officials said. Authorities said they think the woman inadvertently came between the sow and her three cubs.

“This is the rarest of rare,” said Candy Thomson, a spokeswoman with the Maryland Department of Natural Resources Police. “This is really unheard of for a bear to attack a human.” 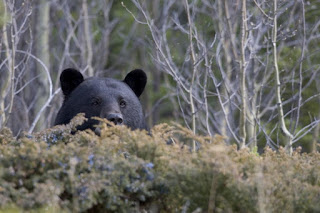 However, given enough interactions between bears and people, it is an incident waiting to happen.


Shortly after the attack, wildlife officials got a signal indicating the bear was in “very close proximity,” Peditto said. They spent the night tracking the sow and setting up a trap. Then about 6:30 a.m. Thursday, as the sun rose, they trekked into the woods.

About 30 minutes later, the bear was found near a small rock cliff, about 100 yards from the trackers. The state’s wildlife management policy is to euthanize a bear after a human attack.

They have a policy for something that's never happened before in 70 years? I wonder how much time and effort went into that.


“We fired one shot and then a second shot. Both of them struck her,” Peditto said. “She was dead in seconds.” 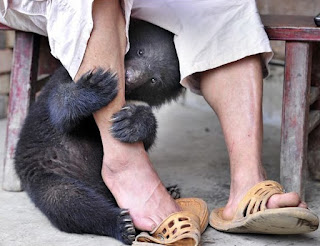 
Wildlife specialists had found one of the sow’s three cubs the night of the attack, subdued it with a dart gun and held it until daybreak before it was released. The other two cubs, all likely about 10 months old, also were spotted and determined to be in good health — and able to live on their own.