Who's In Your Wallet? 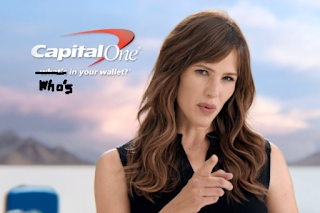 Climate Alarmists, if they get their way: Latest Climate Genius Financial Proposal: Government Control of All Bank Deposits


The Guardian has promoted an idea for a new climate friendly financial system, to permanently halt economic growth.

Abolishing debt-based currency isn’t a new idea, but it could hold the secret to ending our economies’ environmentally damaging addiction to growth.
When it comes to global warming, we know that the real problem is not just fossil fuels – it is the logic of endless growth that is built into our economic system. If we don’t keep the global economy growing by at least 3% per year, it plunges into crisis. That means we have to double the size of the economy every 20 years, just to stay afloat. It doesn’t take much to realise that this imperative for exponential growth makes little sense given the limits of our finite planet.
…
The question is what to do about it. How can we redesign the global economy to bring it in line with the principles of ecology? The most obvious answer is to stop using GDP to measure economic progress and replace it with a more thoughtful measure – one that accounts for the ecological and social impact of economic activity. Prominent economists like Nobel Prize winner Joseph Stieglitz have been calling for such changes for years and it’s time we listened.
…
One way to relieve the pressure for endless growth might be to cancel some of the debt – a kind of debt jubilee. But this would only provide a short-term fix; it wouldn’t get to the real root of the problem: that the global economic system runs on money that is itself debt.
…
The responsibility for money creation would be placed with an independent agency that – unlike our banks – would be democratic, accountable, and transparent, so money would become a truly public good. Commercial banks would still be able to lend money at interest, but they would have to back it dollar for dollar with their own reserves. In other words, there would be a 100% reserve requirement.
This is not a fringe proposal. It has been around since at least the 1930s, when a group of economists in Chicago proposed it as a way of curbing the reckless lending that led to the Great Depression. The Chicago Plan, as it was called, made headlines again in 2012 when progressive IMF economists put it forward as a strategy for preventing the global financial crisis from recurring. They pointed out that such a system would dramatically reduce both public and private debt and make the world economy more stable.
…

The main thrust of the plan appears to be to nationalise all personal retail bank deposits. When proponents of the plan talk about forcing banks holding a “100% reserve”, they don’t just mean physical cash – government bonds also count as cash. When you deposit cash into a bank under this scheme, you will effectively be buying government bonds, lending the money straight to the government. Other than holding physical cash, lending to the government would be the only option for earning an income from bank deposits.

It is effectively a direct attack on "capitalism", a word I hate, as a largely Marxist concept, (the proper phrase is free market) but in this limited case, perhaps appropriate. It is the capital that banks have to lend that fuels much of our economy, and this is to be directly put under the control of the government, which after a few years of pretending to play straight, will slowly but surely squeeze out any other uses for the money.  Just because an idea originated in the 1930's, doesn't mean it's a good idea.

Wombat-socho has "Rule 5 Monday: Happy Fun Victory Week" up and running at The Other McCain.
Posted by Fritz at 4:34 PM