Coming to a Store Soon 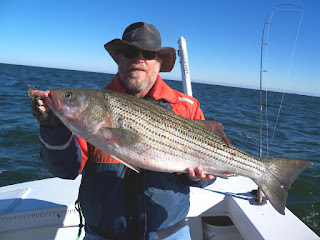 As I mentioned in a previous post, I had a chance to go commercial hook and line fishing with Pete again today. Pete, and another Pete and I left Buzz's Marina in Saint Jerome's Creek around 6 (damn you Standard time), headed out for the Middle Grounds. It was tough out, starting with 15-20 kt winds out of the Northwest, which generated a lovely 2-3 foot Chesapeake chop. The temperature barely topped 50 F despite  bright sun. The float coat was comfortable all day. 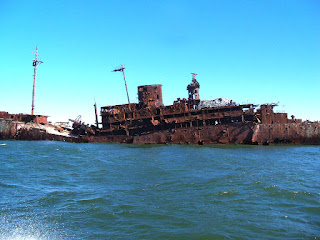 For such tough conditions, fishing was pretty good; not all that many, but many of the ones we caught were good sized, including this 34 inch fish (a little stiff  and bloody from lying in the cooler for an hour or two before the photo). After the bite died at the Middle Grounds, we tried the Target Ship, which didn't hold many fish today, but at least one big one. 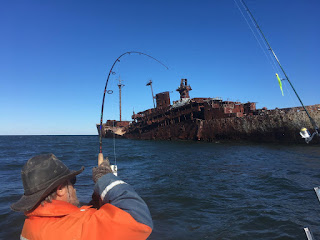 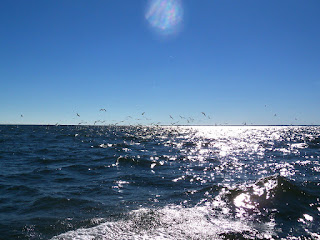 Out in the shipping channel, birds worked over massive schools of bait, and hordes of little Stripped Bass 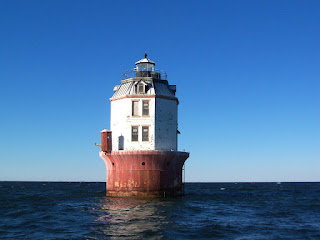 We tried a few other structures (this is Point No Point Lighthouse; note the fine privy) with limited success. A few fish, and fewer keepers. 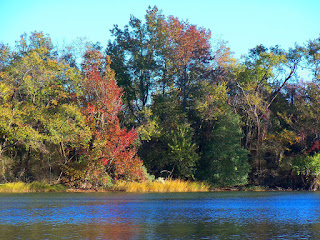 Late afternoon found us back in the creek. It's well protected, and the wind barely reaches the water 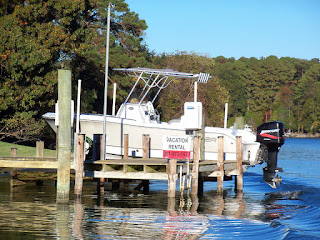