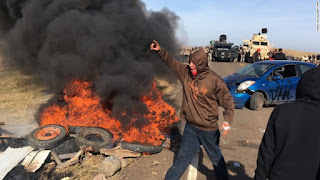 
Is it January 20th yet? When it comes to the Dakota Access Pipeline and the protests and politics surrounding it, the new administration can’t come fast enough. After finally settling the matter in court, Energy Transfer Partners attempted to move forward with construction only to be continually thwarted by violent protesters who destroyed construction equipment, set fires blocked access to work sites. And now they are once again facing off with the government because the Army Corps of Engineers (ACE) has reversed itself and said that work on the Missouri River crossing can’t proceed without additional “input” from the tribes. Are you kidding me? (NBC News)


The Army Corps of Engineers dealt a blow to the progress of the controversial Dakota Access Pipeline on Monday, saying in a letter that more analysis and discussion with the Standing Rock Sioux tribe is needed before construction can take place under the Missouri River.
The company behind the construction of the Dakota Access Pipeline, Energy Transfer Partners, needs an easement, or permission, from the Corps in order to drill under Lake Oahe — on the Missouri River — to finish the oil pipeline along its proposed route.
Energy Transfer Partners had been waiting on a decision from the Army Corps since September when they launched a review of a requested easement. 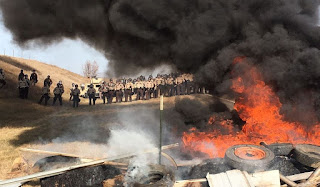 With all the studies which have been conducted, all of the court hearings and general drama which has already taken place, what could possibly have caused ACE to throw the train into reverse at this point? Army Corps Assistant Secretary of the Army Jo-Ellen Darcy gave us a rather vague, feel-good sort of answer.


“The Army is mindful of the history of the Great Sioux Nation’s repeated dispossessions, including those to support water-resources projects. This history compels great caution and respect in considering the concerns that the Standing Rock Sioux Tribe has raised regarding the proposed crossing of Lake Oahe north of its reservation.” 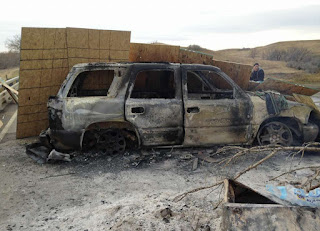 Can you imagine this statement with the Malheur ranchers in mind?


This is simply crazy. If there is even a chance that the government will bow to the demands of the protesters, what happens to the tens of millions of dollars that Energy Transfer Partners has already dumped into this endeavor? A pipeline with a huge gap in the middle of it isn’t much use to anyone. The company acted in good faith on the assurance from the government that the project had a green light to move forward. This is essentially a breach of contract on the part of the government and you can just smell the fingerprints of the White House and their “keep it in the ground” friends all over it.

When you reward violence, you get more violence. I hope that the next President will kick some sense into the radicals in the Federal bureaucracy.

Horrible, if true. But, perhaps not surprising for the Obama era.
Posted by Fritz at 10:51 AM