Can the Redskins Savage the Vikings? 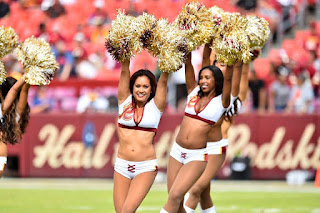 The 5-3 Viking meet the 4-3 Redskins at Washington.

Redskins win the toss, and kick off to the Vikings. They go 3 and out. Crowder collects the punt around the 'Skins 30 yard line.

Garcon gets a first down at the 40ish, then a pass to Reed at the Vikings 35. 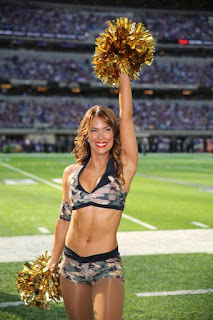 Crowder catches another one at the 20. Cousins overthrows in the end zone. Another run to the 11. Kelly crosses the 10 for a first down. Kelly to the 4. Incomplete pass as Cousins nearly gets sacked. Touchdown pass to Crowder. Penalty prior to kick, Offsides Vikings. Extra point is good. 7-0 Redskins.

McKinnon gets the Vikings a first down at their 41. Rudolph across the 50 on catch and run. And they lose 10 to a hold by their center. First and 20. Bradford sacked, 4th and long. 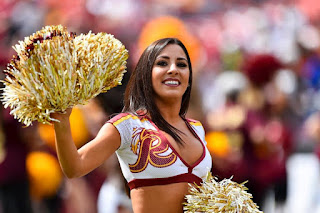 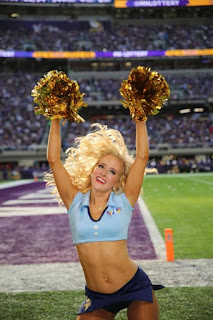 Kowtowing to Kaepernick may have permanently damaged the NFL

But here’s the really bad news for the NFL: some of the boycotting fans may never come back.

Watching sports is frivolity, a non-essential luxury, and people are creatures of habit. If fans stay away for a while, fill that time with other pursuits (perhaps more worthwhile ones), they may just find they don’t miss football all that much. Or they may watch more college ball and discover they like it more. Pro football isn’t indispensable. 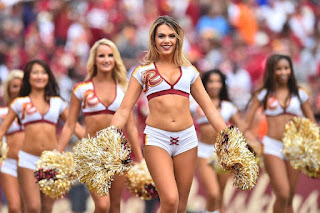 Patterson takes the kickoff for the Vikings out to the 22. Out to the 33. Face mask offense. Potty break. Vikings 3d and 11. Pass overthrown and they'll kick it. away. 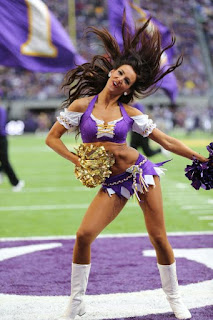 Vikings from the 33. Nothing, then a Diggs first down at the Redskins 31. Rudolph to the 4 yard line. First and goal at the 1! Asiata no go. Twice. Third time is the charm, Touchdown Vikings. kick is good, Redskins still ahead, 14-7.

Redskins from the 20. Kelly to the 34 for a first down. Kelley again for 4. But they lose it to a penalty. Third and 10. Punt picked by Diggs. Various plays get Diggs across the 50. Diggs for a first down at the Redskins 20. Rudolf for a touchdown? Stands review, kick is good. Tie game 14-14. 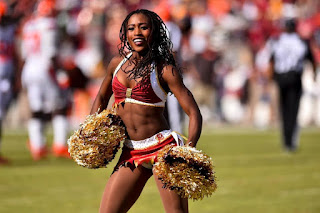 
This season, the league's ratings have taken a major hit. They're down 12 percent.

"Should the games be shorter?" Goodell said during the conference. "We obviously want to take as much, what we call 'dead time,' non-action out of the game so that we can make the game more exciting [so] it's all action." 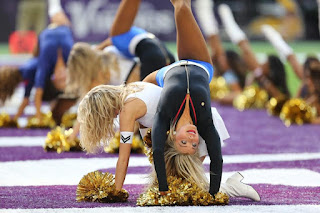 
"Can we do instant replay quicker than we've done it in the past? Should we look at ways to maybe take some commercialization out of the game? Either in less ads or maybe have the ads come in different ways than the traditional, what we call 'pods' which are two minutes and 20 seconds." 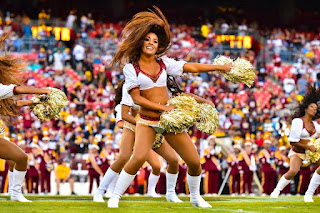 Redskins take the kickoff in the end zone with 58 seconds left in the half. Viking's Griffins recovers a fumble at the Redskins 33. Bradford makes a catch at the 5. Diggs to the 3. Ten seconds left. Overthrown, 5 seconds left. Pass to Cleland for the score. Kick is bad! 14-20, Vikings lead at the end of the half. 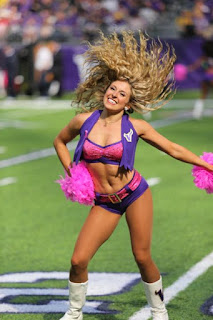 Tompkins takes the kickoff for the Redskins to the 33. False start Redskins, 1st and 15. Cousins to Reed for a first down at the 44. Kelly loses a couple. Cousins to Garcon across the 50, first down. Kelley gets a couple to the Viking 41. Pass to Garcon to the 28. To Harris for a few, Kelley for a couple more, four left on the third down. Crowder for the first at the 10. First and goal. a couple lost, then overthrown in the goal. Third down and 12. Stopped. Field goal is good, 20-17, Vikings lead.

Kickoff goes through the end zone, Vikings from the 25. Stuff happens, Third and 1. Asiata, stopped? 4th and a little bit. Delay of game, they'll punt it. Crowder collects the punt and moves it (barely) ahead to the 33. 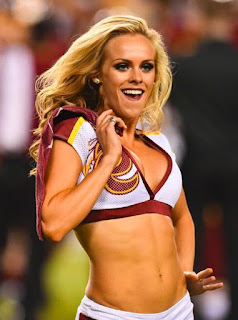 Another bathroom break finds the Redskin's across the 50 yard line. Thompson to the 45. Kelley makes the first down to the 42. Kelley again for a couple. Long ball to Crowder overthrown. First down at the 25. Kelley gets 4ish. Kelley for a couple more. Third and 4, Cousins pass incomplete, Field goal good from 37. 20-20 tie game.

The Vikings start at the 25. Rudolph gets 9, end of the third quarter. Asiata gets the 1 after the switch. Asiata for another couple, Randolf for all but a hair of the rest. Asiata stopped, fourth and 1. Crowder take a fair catch at the 8 yard line. 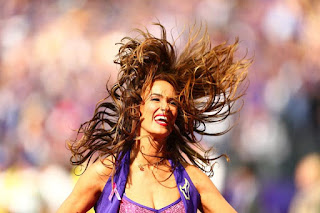 Kelley to the 29. Pass to Garcon to the 47. To Crowder at the Viking's 40. Kelley keeps them honest with a 2 yard run. A pass to, Thompson a couple yards short. Incomplete to Garcon. A 50 yard field goal attempt is good by Hopkins, 23-20 Redskins lead. 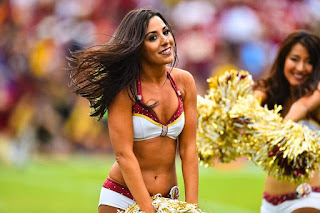 Patterson runs the kickoff out of the end zone to the 12 for the Vikings. Pass to McKinnon for 3 or so. Cleland for 12, first down. Patterson catches a pass for 4. McKinnon gets nothing. Third and 5, Diggs for the first down at the 37. Diggs for 9. Incomplete to Patterson, late hit to QB on Jenkins. From the Redskins 39, incomplete. Redskins Smith intercepts the pass, Redskins ball at the Vikings 42. 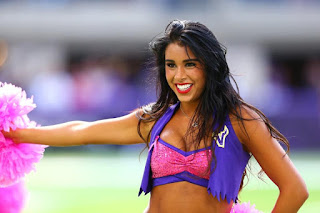 Vikings start at the 25. Pass to Diggs at the 31. Diggs again for a first down. To Diggs for first down, Diggs again, for 8. Another Diggs first down, on the Redskins 34. Complete to Cleland for 7. Incomplete to McKinnon. 1:04 left. First down Diggs. Long pass incomplete. 40 seconds. Redskins time out. Bradford sacked at the 29. Incomplete, but a flag first, holding offense. Holding, Vikings, declined, 11 seconds left. 4th and 17, No time outs remaining. Bradford sacked, Redskins win 26-20.

Wombat-socho has "Rule 5 Sunday: Getting Ready for Thanksgiving" up and running at The Other McCain.
Posted by Fritz at 1:13 PM