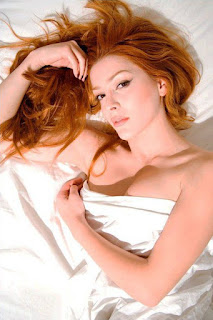 The holiday was started by two redheaded sisters who wanted to help other gingers embrace and love their fiery locks.

To help celebrate, here are nine fun facts about redheads:


1) The highest concentration of redheads is in Scotland (13%) followed by Ireland (10%). Worldwide, only 2% of the population has red hair.

2) People with red hair are likely more sensitive to pain. This is because the gene mutation (MC1R) that causes red hair is on the same gene linked to pain receptors. It also means redheads usually need more anesthesia for dental and medical procedures.

3) Having red hair isn't the only thing that makes some redheads unique. They are also more likely to be left handed. Both characteristics come from recessive genes, which like to come in pairs. 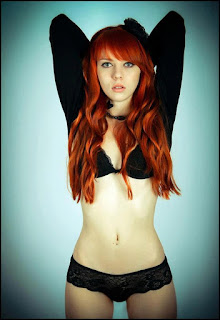 The anesthesia thing caused Georgia a lot of pain until she and the dentists worked it out.


4) Redheads probably won't go grey. That's because the pigment just fades over time. So they will probably go blonde and even white, but not grey.

5) Rumor says Hitler banned marriage between redheads. Apparently he thought it would lead to "deviant offspring."

7) Bees have been proven to be more attracted to redheads. 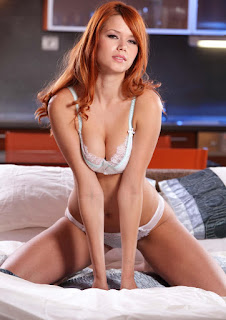 I think bees bother her more, too.

8) Being a redheaded man may have health benefits. A study published by the British Journal of Cancer suggested that men with red hair are 54% less likely to develop prostate cancer than their brown and blonde-haired counterparts.

9) Redheads actually have less hair than most other people. On average they only have 90,000 strands of hair while blonds, for example, have 140,000. However, red hair is typically thicker so they it still looks just as full.

I love my ginger.

Wombat-socho has "Rule 5 Monday: Happy Fun Victory Week" up and running at The Other McCain.
Posted by Fritz at 8:21 PM