Misleading Photo of the Day 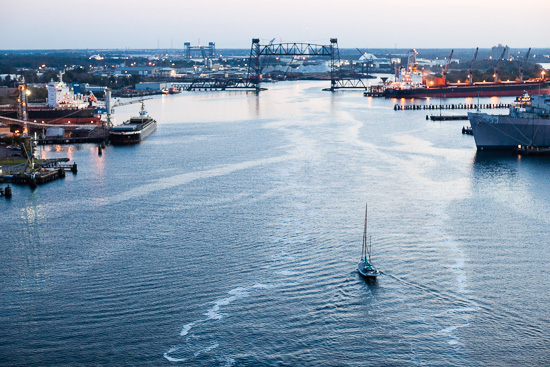 It looks just awful, that poor sailboat sailing up the slick of pollutants left by the industries that line the Elizabeth River. Unfortunately for the narrative, the big slick bounded by the foam on either side of the sailboat, and extending up the  river is merely that water in the wake of a large ship, and the lesser slicks on either side are  just wind-slicks, a natural phenomenon that happens even in the cleanest water. No pollution necessary. This is not the say the Elizabeth River is not polluted. It is. It's just that this photo doesn't show it, and is misleading the public. Thanks to the EPA.
Posted by Fritz at 5:40 PM