Today’s Antarctic region once as hot as California, Florida


Parts of ancient Antarctica were as warm as today’s California coast, and polar regions of the southern Pacific Ocean registered 21st-century Florida heat, according to scientists using a new way to measure past temperatures.

The findings, published the week of April 21 in the Proceedings of the National Academy of Sciences, underscore the potential for increased warmth at Earth’s poles and the associated risk of melting polar ice and rising sea levels, the researchers said.

Led by scientists at Yale, the study focused on Antarctica during the Eocene epoch, 40-50 million years ago, a period with high concentrations of atmospheric CO2 and consequently a greenhouse climate. Today, Antarctica is year-round one of the coldest places on Earth, and the continent’s interior is the coldest place, with annual average land temperatures far below zero degrees Fahrenheit.

The cause and effect link between high CO2 and high temperatures is debatable.  Given that the ocean holds far more CO2 than the atmosphere, and it's solubility declines with rising temperature, it's quite likely that warmer temperatures in the Eocene oceans led to higher CO concentrations in the atmosphere as well; the question of causality may be some of both.


But it wasn’t always that way, and the new measurements can help improve climate models used for predicting future climate, according to co-author Hagit Affek of Yale, associate professor of geology & geophysics.

“Quantifying past temperatures helps us understand the sensitivity of the climate system to greenhouse gases, and especially the amplification of global warming in polar regions,” Affek said.

The paper’s lead author, Peter M.J. Douglas, performed the research as a graduate student in Affek’s Yale laboratory. He is now a postdoctoral scholar at the California Institute of Technology. The research team included paleontologists, geochemists, and a climate physicist.

By measuring concentrations of rare isotopes in ancient fossil shells, the scientists found that temperatures in parts of Antarctica reached as high as 17 degrees Celsius (63F) during the Eocene, with an average of 14 degrees Celsius (57F) — similar to the average annual temperature off the coast of California today. 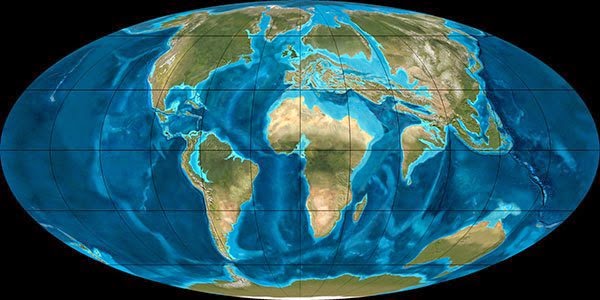 Palmer Station, on Anvers Island, is the only United States research station in Antarctica located north of the Antarctic Circle. Initial construction of the station finished in 1968. The station, like the other U.S. Antarctic stations, is operated by the United States Antarctic Program (USAP). The base is only about as far south as Fairbanks, Alaska is north.