Cheerleading for the Minimum Wage

The left, led on by Preznit Obama is cheerleading for an increase in the minimum wage from the current $7.25 to $10.10 per hour.  Why?  Mostly to force the Republicans to vote against it to save the jobs of a million or so people who will vote against them for saving their jobs anyway.


Senate Majority Leader Harry Reid on Monday set up a long-shot Wednesday vote on a proposal to raise the minimum wage to $10.10 an hour.

Senate Democrats will need 60 votes to open debate on the legislation written by Sen. Tom Harkin (D-Iowa) to gradually increase the wage and eventually peg it to inflation — a level of support that appears unattainable.

Democratic aides expect as many as 54 members of the 55-member Senate Democratic caucus to support the procedural vote Wednesday, with Sen. Mark Pryor (D-Ark.) predicted to vote against. That party unity will be a key cog in Democrats’ election-year plans to portray Republicans as against working Americans by opposing the $10.10 rate, which the GOP says will result in widespread job loss, citing a report by the Congressional Budget Office earlier this year.

Demonstrating the incredible hypocrisy of their position, the White House refused to even discuss paying interns for their time: White House Ignores Calls To Pay Interns


Even as it pushes Congress to raise the minimum wage to $10.10 per hour, the Obama administration is resisting calls to pay interns who serve in the White House.

The White House declined multiple opportunities to comment on whether it would rethink its position on not compensating the roughly 300 interns who work there each year. Also met with silence was Stephen Lurie, who elevated the issue in a recent Washington Post op-ed. In it, he told the president: "Unpaid internships contradict your commitments and your economic agenda."

"It is pretty indefensible from a publicity point of view, given the nature of their outreach on a lot of other economic subjects," Lurie said of the lack of a response from the administration, which dates back to April 3. "There is not a huge constituency they have to answer to. Who are they going to piss off by not answering? Right now it is just young people and economic-justice advocates."

With the Senate set to vote this week on minimum wage legislation, however, the politics of unpaid internships may get a little trickier for the administration.

Already there is a lively ethical debate surrounding the practice, one that the White House has not been immune to. Previous stories have taken it to task for its intern policy, though the White House does not hide the fact from applicants that the positions are unpaid.

In my (sorta former) business, science, I never ran into "unpaid" interns. The National Science Foundation, as well as other governmental and private organization provided ample funds to pay intern stipends, at least for summer. However, I do fully understand what would motivate students to take unpaid internships with politicians. In politics, connections are everything, and making them early is good for the career. This, however, gives wealthy, and pre-connected students an enormous advantage over the rest. The best known intern in history, Monica Lewinsky, didn't need to be paid because her father was already a wealthy Clinton donor.

But what I really wanted to post was this perfectly awful piece by Catherine Rampel I saw in the Washington Post this morning: Pity the cheerleaders. Really.


It’s hard to have too much sympathy for cheerleaders. They’re pretty, perfectly proportioned and popular. If they didn’t persecute you personally in high school, a Hollywood facsimile probably at least bullied one of your favorite fictional protagonists.

Based on that, I expected Catherine Rampell to be butt ugly, but it turns out she's just a typical young whiny feminist, indeed, relatively attractive for being in that crowd.  But one could see why she might be a bit jealous of the girls who got to be cheerleaders.


Which perhaps explains why such scant attention has been paid to the plight of National Football League cheerleaders, who appear to be frequent victims of both wage theft and other, far weirder indignities (including elaborate rules about how to wash their vaginas; more on that later). 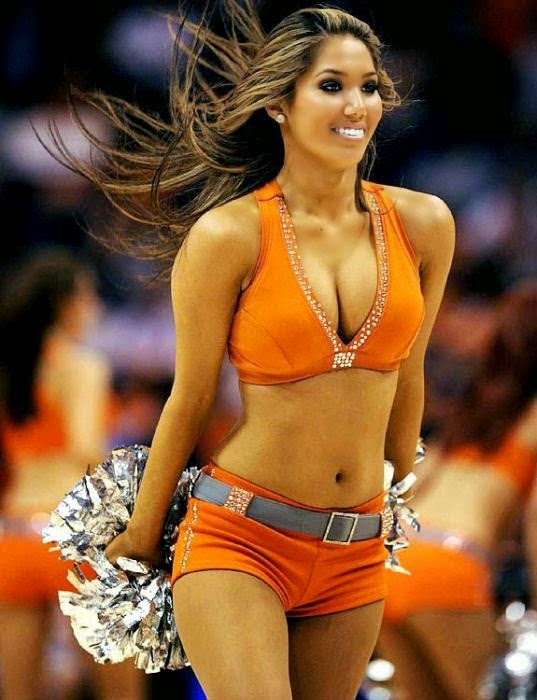 
In the past few months, veterans of the Ben-Gals (who cheer for the Cincinnati Bengals), Raiderettes (Oakland Raiders) and Jills (Buffalo Bills) have filed lawsuits alleging that teams paid the cheerleaders less than minimum wage and subjected them to intrusive and belittling conditions.

Some of the allegations, like those regarding wage theft, seem pretty straightforward. Raiderettes, for example, were paid $125 per game day but often nothing at all for the other appearances and rehearsals they were required to attend, one suit alleges. Factoring in all those time commitments, cheerleaders were reportedly paid as little as $5 an hour. 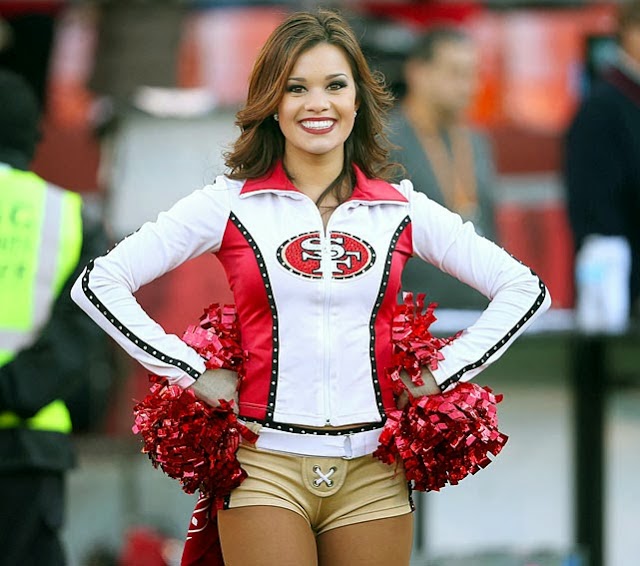 Sure, but does this make them any different than say a band that plays out?

Yet to look at the rules and contracts required as a condition of cheerleaders’ pay, you’d be hard-pressed to argue that these “independent contractors” had control over anything, really.

The teams set the schedule and location for rehearsal and (often unpaid) promotional and charity appearances. A cheerleader’s hair color, makeup and level of tan-ness are dictated by the teams. In some cases the teams require the “contractors” to patronize specific salons to achieve the desired cosmetological results (and the cheerleaders have to pay for these services out of pocket, which the suits say cost hundreds of dollars each season). 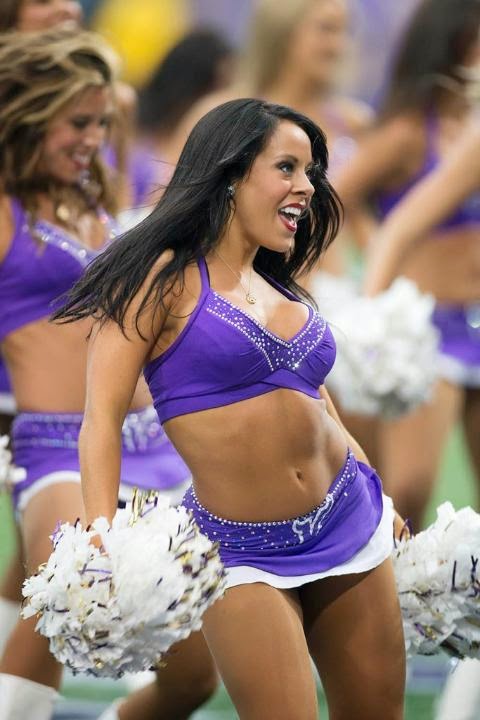 A band has to show up when the customer wants them to, too.  It might be more convenient to play in the day; but the bars business is at mostly at night. Looked at the price of a good Gibson Les Paul lately?  You might even have to buy better or matching clothes for the band, out of your own funds, of course.


Cheerleaders say they were subjected to weekly weigh-ins or “jiggle tests” to assess whether they jiggled too much (in the wrong places, of course). Raiderettes deemed “too soft” could be benched the next game without pay — but would still be required to attend the entire game and participate in pregame and halftime activities anyway.

What they don't say is who is conducting the jiggle tests and weigh ins.  I doubt very much it's anyone really close to the football team. I suspect it's the head cheerleader or someone like that, probably a woman or several women (they seem to want to avoid individual responsibility) enforcing the standards. 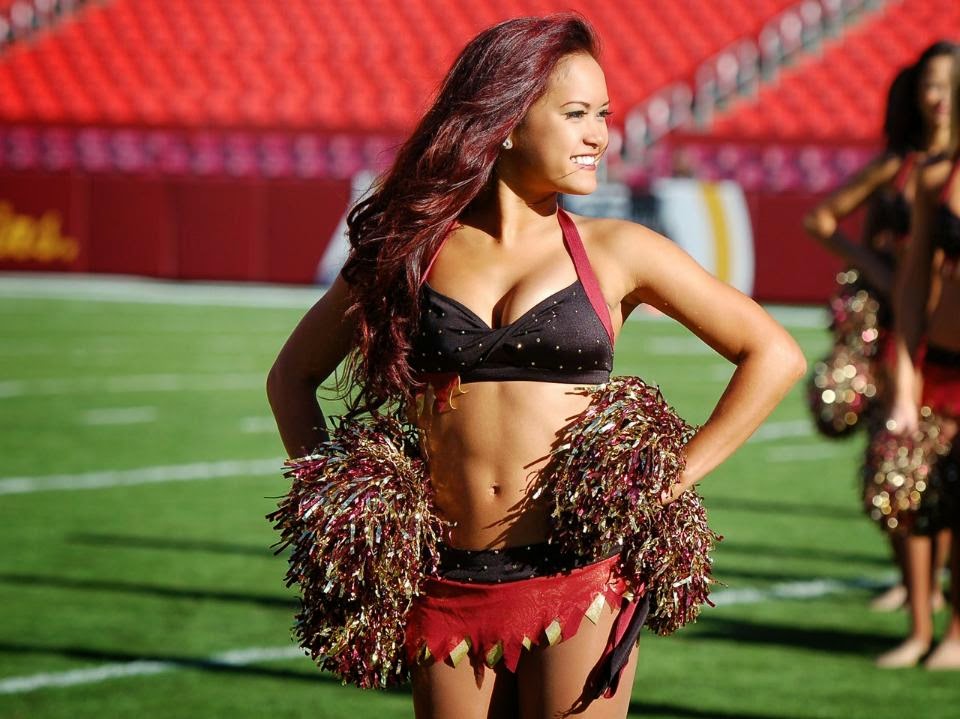 Then there are all the other really bizarre, often retrograde requirements that some teams have to regulate not only the cheerleaders’ professional appearances and performances but their private lives as well.

Here’s a selection of rules from the Buffalo Jills’ handbook, as published on Deadspin. It includes an entire section titled “General hygiene and lady body maintenance,” quoted here with typos intact:

“Do not be overly opinionated about anything.” 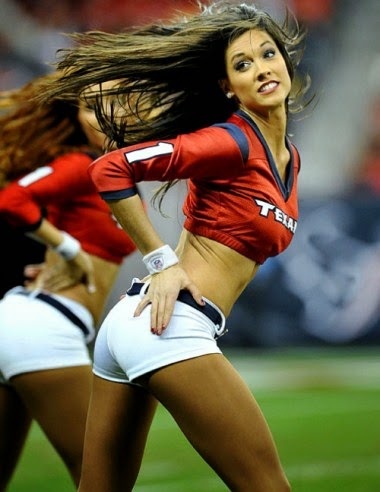 I have a sneaking suspicion that this might have been Catherine Rampell's downfall as a cheerleader. And except for opinion writers for newspapers (and bloggers, of course) it's generally good advice; why piss off half your potential clientele over something irrelevant to to job?


“When menstruating, use a product that right for your menstrual flow. A tampon too big can irritate and develop fungus. A product left in too long can cause bacteria or fungus build up. Products can be changed at least every 4 hours. Except when sleeping, they can be left in for the night.”

“Do not linger in restrooms having conversations and applying make up at length while other people are using the facilities.”

“When you wash, remember where your hands have been while washing, do not transfer dirt or germs to other areas of your body.” . .. 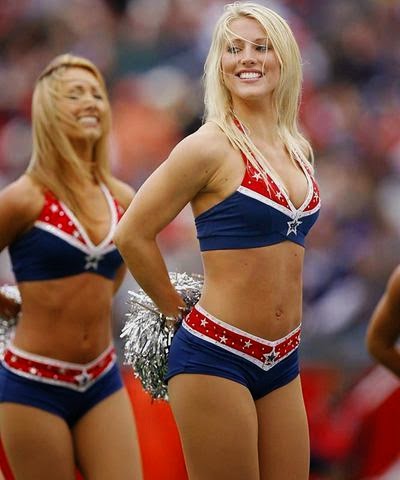 Again, all probably good advice (how the hell would I know?), and probably a bit over the top; I never found anything like that in the Academy of Natural Sciences or Smithsonian Institution's Employee guide, but then, they assumed we were more or less well edumacted people.  And smell was sometimes a problem, especially after a few hours in a salt marsh.


I’m sure plenty of non-opinion-expressing, right-size-tampon-using women would kill for the chance to replace these disgruntled cheerleaders and bounce around in crop-tops before an adoring crowd. But that doesn’t mean employers are entitled to mistreat the lucky few ladies they do hire.

And there we have it.  The women who cheer lead for NFL teams do it primarily for something other than money.  Maybe they just love cheerleading, and they like to dress up and dance.  Maybe they do it for access to the football players (hypergamy and all). 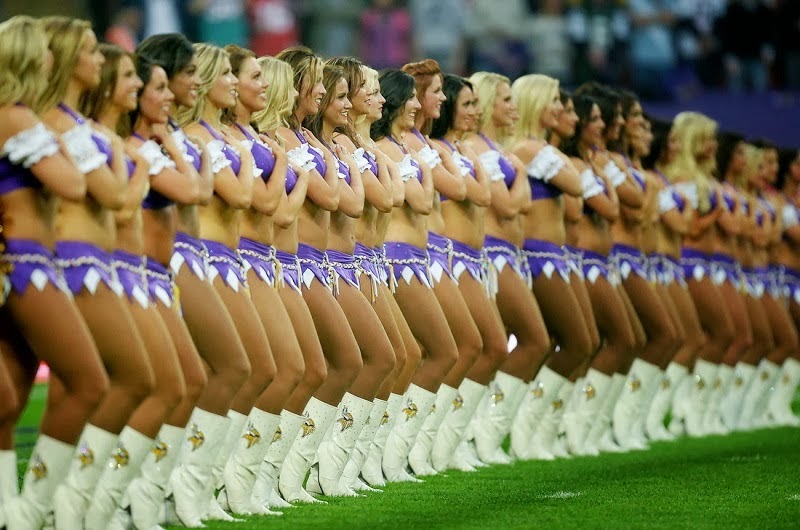 One of the points of labor law is to offer basic protections to workers for whom the balance of power vastly favors employers: people such as migrant farm workers, burger-flippers and, yes, pretty cheerleaders. Even workers who face great competition deserve to be shielded from abuse and exploitation by their bosses — perhaps especially so when those bosses come from a taxpayer-subsidized, multibillion-dollar industry like the NFL. 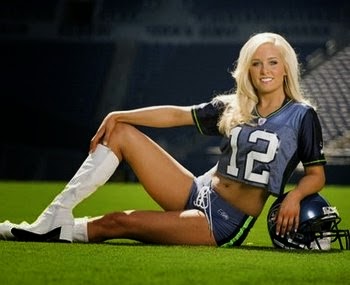 So, after all that, she's really just another pseudo-socialist trying against all odds to reduce "inequity" by coercion.

Now, don't get me wrong.  I like my cheerleaders, and seeing as how I never pay more than my cable bill to see football, it wouldn't be a lot of skin off my nose if the cheerleader got paid as much as the athletes themselves. But it's not gonna happen.  What controls the wages of cheerleader is two markets; the financial market of the professional football business, in which the cheerleaders are a relatively small factor (I might go to a game to see the cheerleaders for $5, but I'm sure not paying NFL ticket prices to go), and the social market among women who want to be cheerleaders.  Which is a market that is saturated with pretty women wanting to get in regardless of the low wages.  Catherine Rampell would do better to stick to her day job.