Solar companies take govt. to court over not getting enough grant money or something

Federal investigators will spend the next year going through the books of two solar-energy companies tied to billionaire Elon Musk in an effort to show the businesses overvalued sales contracts in order to claim millions in federal assistance.
The government action comes in response to a lawsuit brought by the two companies, subsidiaries of Musk’s San Mateo, California-based Solar City.
SolarCity builds and leases solar-energy systems, and already has received more than $244 million in federal tax incentives. In its lawsuit, the companies say the feds shortchanged them $14.6 million.
“The Treasury has failed to pay Plaintiffs cash grants in the amounts that they are entitled to, thereby materially frustrating congressional intent (of solar grants),” the complaint said.

. . . Amazingly, even with all of that sweet government cash flowing in, as of the end of last year SolarCity reported that they were more than $160M in debt. Clearly, like any good business entity, the only thing to do at that point was to try to pry some more cash out of the government. This, of course, leads to another question… is this a private company which is intended to show a profit in the marketplace or a non-profit charity which is only expected to live off the teat of the taxpayer? Well, okay… the “non-profit” part is probably pretty obvious. 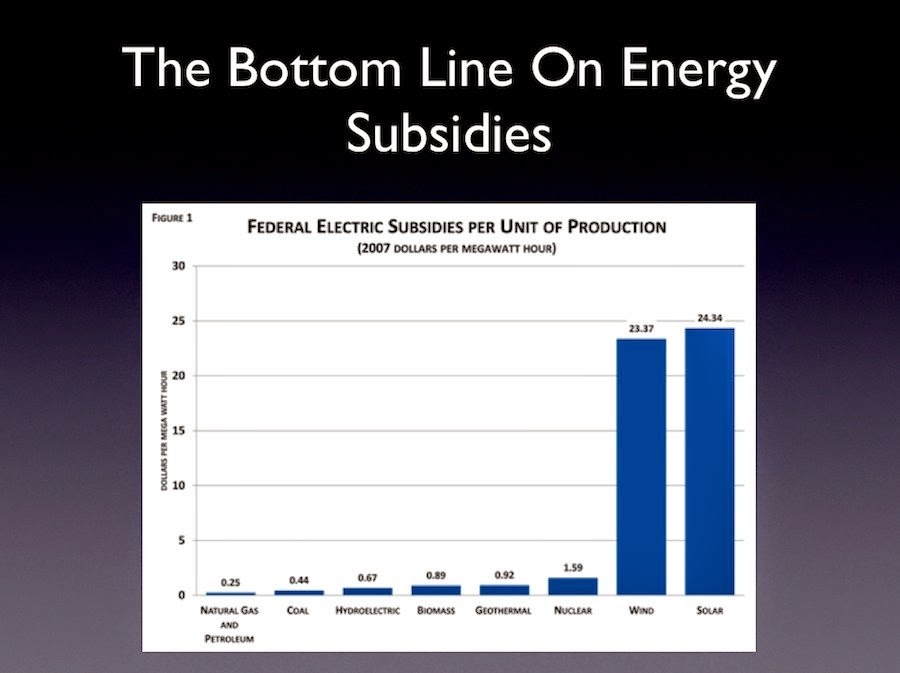 Solar energy is a product whose time has come and gone, back in the Carboniferous era, when the sun shone down on the earth, and grew the dense swamp forests of lignin rich lycopods and ferns, which died, and were preserved as coal, and the dense algae blooms in the seas that became petroleum, oil shale and natural gas.  Currently, solar power is too expensive to compete with any other major form of power generation in all but the most specialized purposes, and requires substantial subsidies to be marketed.