A CSX Corp train carrying crude oil derailed and burst into flames in downtown Lynchburg, Virginia on Wednesday, spilling oil into the James River and forcing hundreds to evacuate.

CSX said 15 cars on a train traveling from Chicago to Virginia derailed at 2:30 p.m. EDT. Fire erupted on three cars, the company said. Photos and video from the scene showed high flames and a plume of black smoke. It was the second oil-train accident this year for CSX.

About two hours after the derailment, CSX said the fire had been extinguished. City officials said there were no injuries, but 300-350 people were evacuated from the area. Around 6:00 p.m., residents were allowed to return to their homes.

The fiery derailment a short distance from office buildings in the city of 77,000 was sure to bring more calls from environmentalists and activists for stricter regulations of the burgeoning business of shipping crude oil by rail.

JoAnn Martin, the city's director of communications, said three or four tank cars were leaking, and burning oil was spilling into the river, which runs to Chesapeake Bay. She said firefighters were trying to contain the spill.

Too bad they weren't able to move that oil in a pipeline, which is much less likely spill. 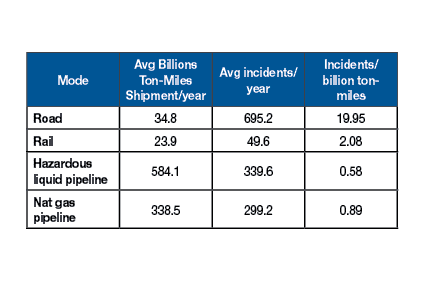