The ongoing saga of the Ospreys that just want to raise a family... right in front of the webcam on top of the Bay Bridge: Bay Bridge ospreys' nest removed; birds rebuild


A pair of ospreys whose nest had been removed by state transportation workers because it was blocking a traffic camera rebuilt the nest, only to have it removed again.

The back-and-forth between the migratory birds and the Maryland Transportation Authority began Friday when the state agency tried to move the nest on a pole that holds a traffic camera on the Bay Bridge.

Agency spokesman John Sales said officials got permission to move the nest from the U.S. Fish and Wildlife Service. The nest did not contain eggs or young birds.

The transportation agency said workers tried to move the nest, but it fell apart. Sales told WTOP that on Monday, workers found that the birds had built a new nest on the same spot. Workers again removed it.

This could go on for quite a while.  Ospreys are notoriously fixated on their nesting sites, much to the regret of boater and owners of waterfront property.  You might think it would be cute having a pair of fish eating raptors and their progeny hanging around all the time, but in fact, it tends to be a bit messy and odiferous. And they squawk at you when you get too close, and may even take a shot at your head.

But if you want to see a pair of Ospreys go through the nesting and chick raising thing, here you go, a link to the Cape Henlopen Osprey Cam. It's even lighted at night for 24/7 Osprey voyeurism.

Oh, and the Washington Post had a nice article on the annual Osprey migration a few days ago. 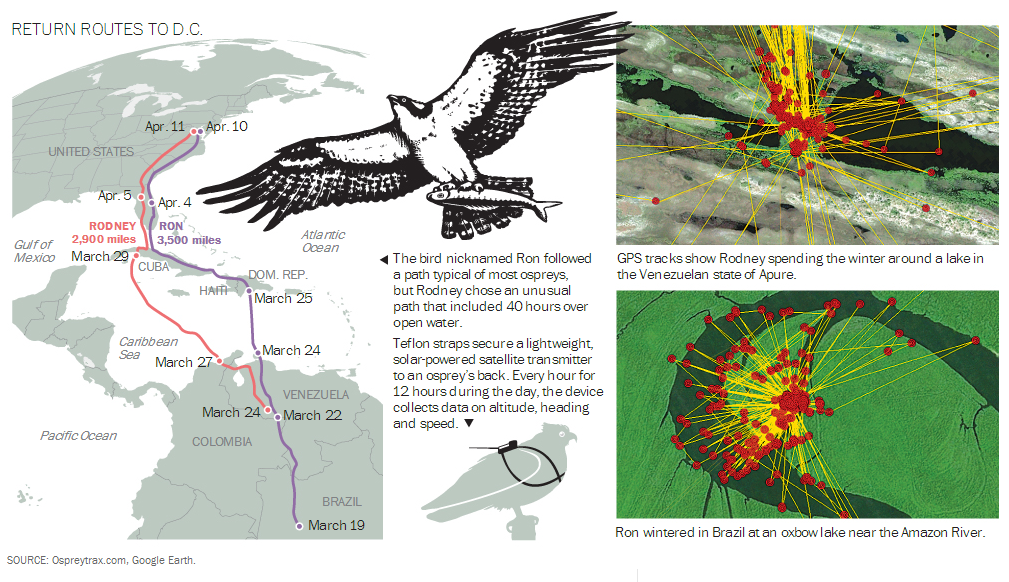