. . . Preferably in the Bering Sea in January. Although, it's pretty miserable in August in Chesapeake Bay, and while the crabs are small compared to those Alaskan monsters, they're a lot faster and have a nasty pinch. 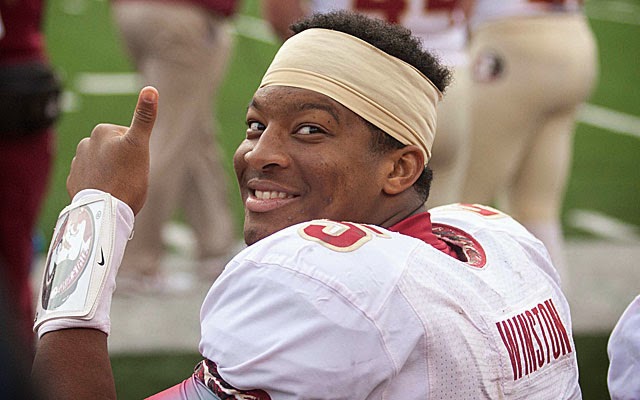 Florida State’s Heisman Trophy-winning quarterback Jameis Winston has been suspended from the university’s baseball team after being issued a citation for stealing crab legs.


The Leon County Sheriff’s Office said Tuesday that Winston was caught shoplifting at a Tallahassee Publix Monday night and was issued a citation.

Major Michael Wood said during a press conference that Winston told authorities that he just forgot to pay the $32 for the crab legs and other seafood items.

“Jameis Winston has not been arrested for any crime. He was issued a civil citation,” Wood said.

Wood added that Winston was very cooperative with authorities. Winston must complete the pre-diversion program or he will be facing a petty theft charge. He also must complete 20 hours of community service.

He should be required to learn the value of that which he would steal, and the lengths people go to to get it to him.