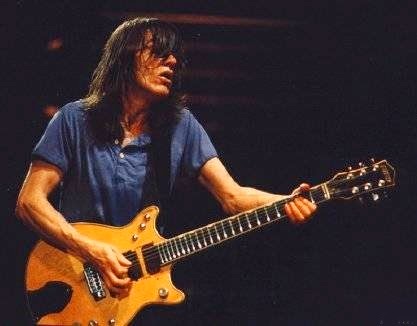 AC/DC are ending their 41 year career on a terribly sad note.

Plans were underway for a new studio album, their first since 2008's monumental Black Ice, and a '40th Anniversary' world tour, 40 huge shows across the globe.

More than a month ago, founding member, rhythm guitarist, co-producer and co-songwriter Malcolm Young had a stroke, which left a blood clot on his brain.

When AC/DC reunited at the start of April to begin a month of rehearsals, in the lead-up to new album recording sessions, Malcolm discovered he couldn't play. At least, he couldn't play like he used to play.

Nothing has been officially confirmed, as of this writing, but friends and family members have been discussing what happened to Malcolm for the past couple of weeks. The blood clot, resulting from the stroke, is believed to be why Malcolm couldn't keep working.

Although friends have described Malcolm's condition as serious, it doesn't mean he won't recover. People do get better after strokes, and people do recover lost skills.

But friends and family of band members believe the decision was made last week to call it quits. . . 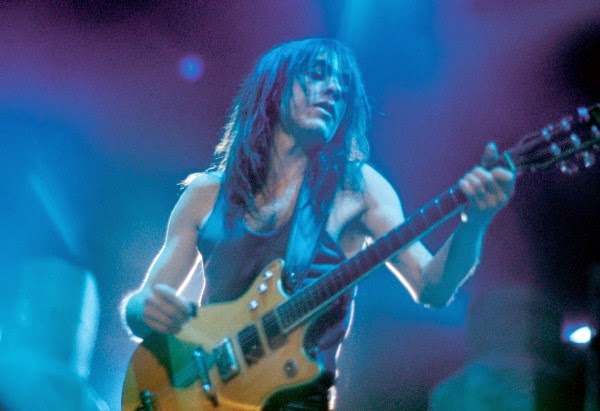 On Wednesday, the band posted a statement on its website: "After forty years of life dedicated to AC/DC, guitarist and founding member Malcolm Young is taking a break from the band due to ill health. Malcolm would like to thank the group's diehard legions of fans worldwide for their never-ending love and support. "In light of this news, AC/DC asks that Malcolm and his family's privacy be respected during this time. The band will continue to make music."

While the band would not reveal Young's illness, their close friend, Choirboys frontman Mark Gable, told Australia's ABC Radio that his condition is very serious.

"That is true, Malcolm is sick," Gable told ABC radio Wednesday morning. "From what I understand, and it's even been confirmed in part by his son Ross (Young), that it would appear Malcolm is unable to perform anymore.

"It's not just that he is unwell, it's that it is quite serious. It will constitute that he definitely won't be able to perform live.

"He will probably not be able to record."

I'm sure Malcolm won't object to my way of celebrating their music.